Confusion Regarding The Jurisdiction Of NCLT Qua Personal Guarantor's Insolvency 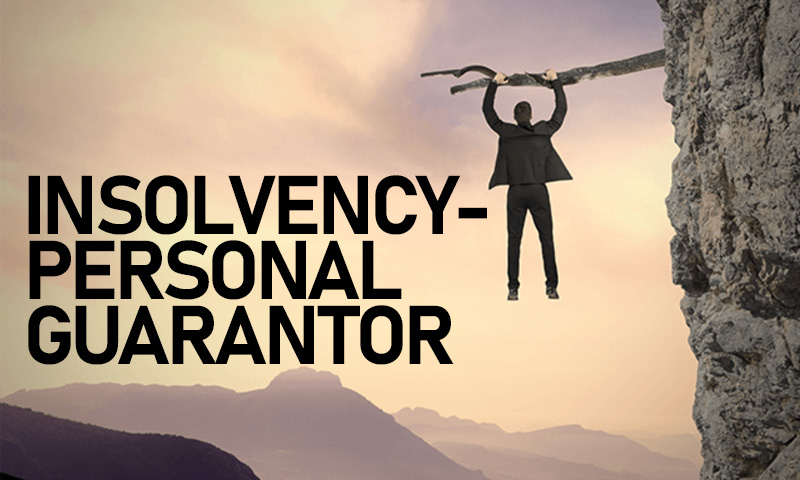 The National Company Law Tribunals (NCLT) gained huge prominence after the enactment of the Insolvency and Bankruptcy Code, 2016 (Code/IBC), and became an epicenter ajudications of commercial laws across the country. As per Section 63 of the Code, it is the only judicial forum that has the jurisdiction to deal with the insolvency resolution process of a company and even the High...

The National Company Law Tribunals (NCLT) gained huge prominence after the enactment of the Insolvency and Bankruptcy Code, 2016 (Code/IBC), and became an epicenter ajudications of commercial laws across the country. As per Section 63 of the Code, it is the only judicial forum that has the jurisdiction to deal with the insolvency resolution process of a company and even the High Courts were cautioned by the Supreme Court in the case of Ghanashyam Mishra& Sons (P) Ltd. v. Edelweiss Asset Reconstruction Co. Ltd., (2021) 9SCC 657 not to exercise writ jurisdiction under Article 226 of the Constitution of India in relation to Corporate Insolvency Resolution Process (CIRP). However, now there is a looming confusion and lack of clarity regarding the jurisdiction of NCLT to entertain cases pertaining to the insolvency of Personal Guarantors of a corporate debtor.

The Part III of the Insolvency and Bankruptcy Code, 2016 (Code/IBC) deals with the insolvency of individuals and partnership firms. Though the IBC was enacted in December 2016 the provisions relating to individual insolvency were not enacted at that point of time. The Legislature realized that though the Corporate Debtor is dragged into insolvency but the promoters/directors of such Corporate Debtor who have given the personal guarantee are walking out freely. Such an issue was also a point of contention in the case of Essar Steel India Ltd. Committee ofCreditors v. Satish Kumar Gupta, (2020) 8 SCC 531 wherein the Supreme Court held that the liability of the personal guarantor does not extinguish ipso facto after the approval of the resolution plan.

Taking a cue from this judgment, the Central Government vide its notification dated 15.11.2019 notified the provisions relating to individual insolvency under the IBC. However, the same was only restricted to the personal guarantors to corporate debtors. Accordingly, the Rules and Regulations regarding the same were also notified by the central government. Since the notification carves out a separate class of personal guarantors to a Corporate Debtor, the constitutionality of the notification and Section 95 of the Code was challenged before the Supreme Court in the case of Lalit Kumar Jain v. Union of India, LL 2021 SC 257 which held that the notification dated 15.11.2019 and Section 95 are intra vires of the Constitution of India.

"11… the Application having been filed under Section 95 (1) as referred in Section 60 (1) being the NCLT, the Application filed by the Appellant was fully maintainable and could not have been rejected only on the ground that no CIRP or Liquidation Proceeding of the Corporate Debtor are pending before the NCLT…"

In Mahendra kuamr Jajodia (Supra), NCLAT has taken a view that NCLT will have jurisdiction against Personal Guarantor of Corporate Debtor irrespective of any pending CIRP against the corporate debtor, a contrary view is taken by the Madras High Court in the case of Rohit Nath versus KEBHana Bank, AIR 2021 Mad 241wherein it held that;

"10. Since such rules of Rules, 2019 had been notified upon being published in the Gazette of India on November 15, 2019, there can be no doubt that the Adjudicating Authority in respect of a guarantor who has furnished a personal guarantee in connection with credit facilities obtained by a corporate entity, would be the appropriate Debts Recovery Tribunal."

In our view, the jurisdiction to deal with personal guarantor insolvency vest with the NCLT on satisfying specific condition as mentioned under Section 60 (2) of the Code which read as follows;

"Without prejudice to sub-section (1) and notwithstanding anything to the contrary contained in this Code, where a corporate insolvency resolution process or liquidation proceeding of a corporate debtor is pending before a National Company Law Tribunal, an application relating to the insolvency resolution or liquidation or bankruptcy of a corporate guarantor or personal guarantor, as the case may be, of such corporate debtor shall be filed before such National Company Law Tribunal."

This section makes it very clear that only in cases where CIRP or liquidation of the Corporate Debtor is pending before a particular NCLT, the insolvency of the personal guarantor will also be filed before that particular NCLT and if no CIRP is pending then the jurisdiction will lie with the DRT as per Section 179 of the Code. This interpretation is further substantiated by the provision of Section 60 (4) of the Code which states that NCLT shall be vested by all powers of DRT under Part-III for exercising jurisdiction under Section 60 (2) of the Code.

This was further elucidated through a hypothetical scenario by The Hon'ble Madras High Court in the case of Rohit Nath (Supra) as follows;

Therefore, the inevitable conclusion of the abovementioned provisions and precedents is that the jurisdiction regarding the personal guarantor insolvency exclusively lies with the DRT and only in a specific scenario as mentioned in Section 60 (2) of the Code the jurisdiction will lie with the NCLT. A three-judge bench of the Hon'ble NCLAT in the case of Rahul Ramesh Shah Vs. PNB Housing Finance Ltd is now again ceased of the very same question of law which may bring out the requisite clarity and cleared the looming conundrum regarding the same.

P Nagesh is a Senior Advocate and Akshay Sharma is a Delhi based Advocate. Views are personal.