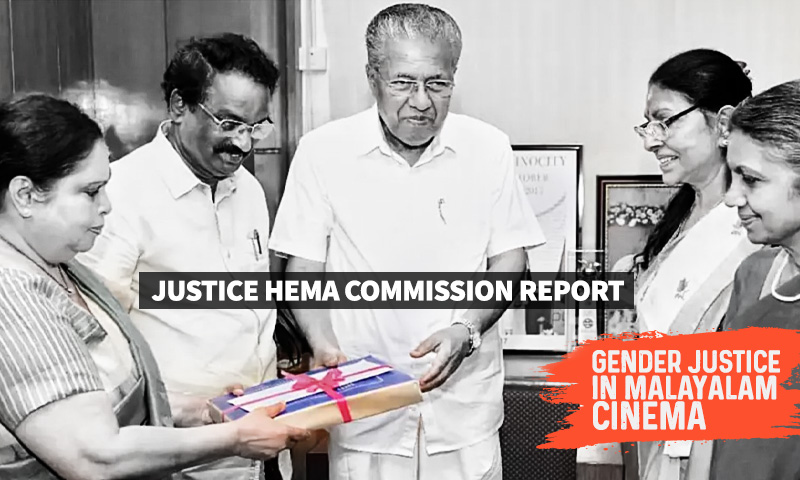 In February 2017, a prominent female actor from the Malayalam Film Industry (Mollywood) was abducted and sexually assaulted by a gang of men in a moving car in Kochi. The Actor-survivor's colleague and lead Actor Dileep is named as a accused/conspirator for paying money to sexually assault her and record the crime on camera. A criminal case was registered, and the same is still pending...

In February 2017, a prominent female actor from the Malayalam Film Industry (Mollywood) was abducted and sexually assaulted by a gang of men in a moving car in Kochi. The Actor-survivor's colleague and lead Actor Dileep is named as a accused/conspirator for paying money to sexually assault her and record the crime on camera. A criminal case was registered, and the same is still pending trial. Around 20 witnesses have turned hostile to the prosecution given the mighty influence of the accused, and recently, a new case has been registered against one accused on the charge of threatening the investigating officers with dire consequences.

This incident however triggered off a series of complaints made by female actor(s), bringing to light the victimization of female actors owed to the practice of casting couch prevalent in the Malayalam Film Industry and the resultant 'sexual harassment'. A memorandum (to shed light on the discrimination and harassment faced by female artists in Mollywood) was submitted by the Women in Cinema Collective (WCC) to the Chief Minister Pinarayi Vijayan, who then directed setting-up of a three-member Committee under the Chairmanship of a retired High Court Judge, Justice K. Hema, to make recommendations for the implementation of 'Gender Justice in Malayalam Cinema'. The Committee was set-up on July 01, 2017 and after two years, on December 31, 2019, a 5000-Page Report was submitted. Ever since, the report has been kept "confidential" by reason of the 'sensitivity' of the information contained in it. All RTI requests for disclosure of the report, have been rejected. As per recent reports, the recommendations of the Committee are currently being analyzed and studied by the concerned officials working in the Department of Cultural Affairs.

The word "information" as described in the Right to Information Act, 2005 (Section 2(f)) means and includes "any material in any form including…reports…which can be accessed by a public authority under any other law for the time being in force". Section 3 of the Act confers 'right' to such "information" upon all citizens "subject to the provisions of this Act".

Whilst the need to prevent disclosure of 'sensitive' information comes foremost and hence the need to keep a record 'confidential', one cannot be blindsided to the fact that such 'duty' must be balanced with other 'right(s)' that exist in law, as long as such 'information' is "severable". Neither the Committee member(s) nor the State Government has commented on the 'severability' of the information contained in the said report and instead have (by speech and conduct) treated the contents of the report as being 'entirely' confidential. A reading together of Sections 8 and 10 of the Right to Information Act, 2005, makes it clear that although there is no obligation to give any citizen, "…information, the disclosure of which would endanger the life or physical safety of any person or identify the source of information…" and/or "…information which relates to personal information the disclosure of which would cause unwarranted invasion of privacy of the individual…", "access may be provided to that part of the record which does not contain any information which is exempt from disclosure under this Act and which can reasonably be severed from any part that contains exempt information".

Two years have passed since the submission of the report, and for reasons best known to the State Government, even the 'list of recommendations' made by the Committee have not seen the light of day, least of all bringing it to the knowledge of the WCC, who, being aware of the 'felt needs' of the female artists, by now, could have given some constructive suggestions and thereby aided the State Government and its instrumentalities in chartering the future course of action, as avowed, to put in place guidelines tailor-made for the Film Industry in Kerala.

As much as the step of setting-up of a Committee was an apparently serious measure taken by the Government in furtherance of the need to ensure that "No woman shall be subjected to sexual harassment at any workplace", the expression "workplace" including "2(v) any place visited by the employee arising out of or during the course of employment including transportation provided by the employer for undertaking such journey…", the question that needs to be answered is, whether 'non-disclosure' of the contents of the committee report (in other words, withholding of information) results in affording a solution to the problem it set-out to resolve. A segway to this question is whether the inaction of the State Government for the past two years since submission of the report is, at all, justified given that the victims were made to present their accounts on various instances of sexual harassment before the Committee members in the hope that their grievances would be addressed and the perpetrators would not be allowed to go scot-free anymore.

There is no denying, in that, there are law(s) in force for the redressal of grievances in cases of sexual assault, sexual harassment, sexual harassment at workplace, and sexual violence in general, one such example being The Sexual Harassment of Women at Workplace (Prevention, Prohibition and Redressal) Act, 2013 which was enacted to ensure that the constitutional rights of women under Articles 19(1)(g) and 21 of the Constitution are not violated but is made more meaningful. There is also the State Policy named NIRBHAYA that was framed by the Government of Kerala and brought into force on March 13, 2012, to combat Sexual Violence and Sex Trafficking of Women and Children.

A radical stance on the issue at hand then would be whether at all there was a need to set-up such a committee when all that was required was to implement the law already in place. But given that such a report was prepared at the instance of the State Government to determine and/or suggest the way forward, maintaining an absolute silence on this matter and keeping the victims in the dark viz-a-viz the contents of the report does not make a headway in any direction whatsoever. In the absence of an affirmative action forthcoming any time soon from the State Government of Kerala based on the report submitted, it would be difficult to judge this silence / confidentiality maintained by the State Government as a 'proactive measure' towards guaranteeing female artists (and/or artists in general) protection from sexual harassment and thereby ensuring that their right to practice their profession without fear or favour, is not infringed.

The directions as given in the judgement of the Supreme Court in Vishaka v. State of Rajasthan [reported in (1997) 6 SCC 241], even after 24 years of its pronouncement, remains an illusion. The film industry takes advantage of the lack of regulations within itself, and it is surprising that despite the mandate given to the Hema Commission, the report is not being shared even with the stakeholders / the aggrieved parties. It now transpires from the events that have unfolded so far, that the witness who came and deposed before the commission, deposed in futility.