Preliminary Assessment - A Delicate Task For The Juvenile Justice System 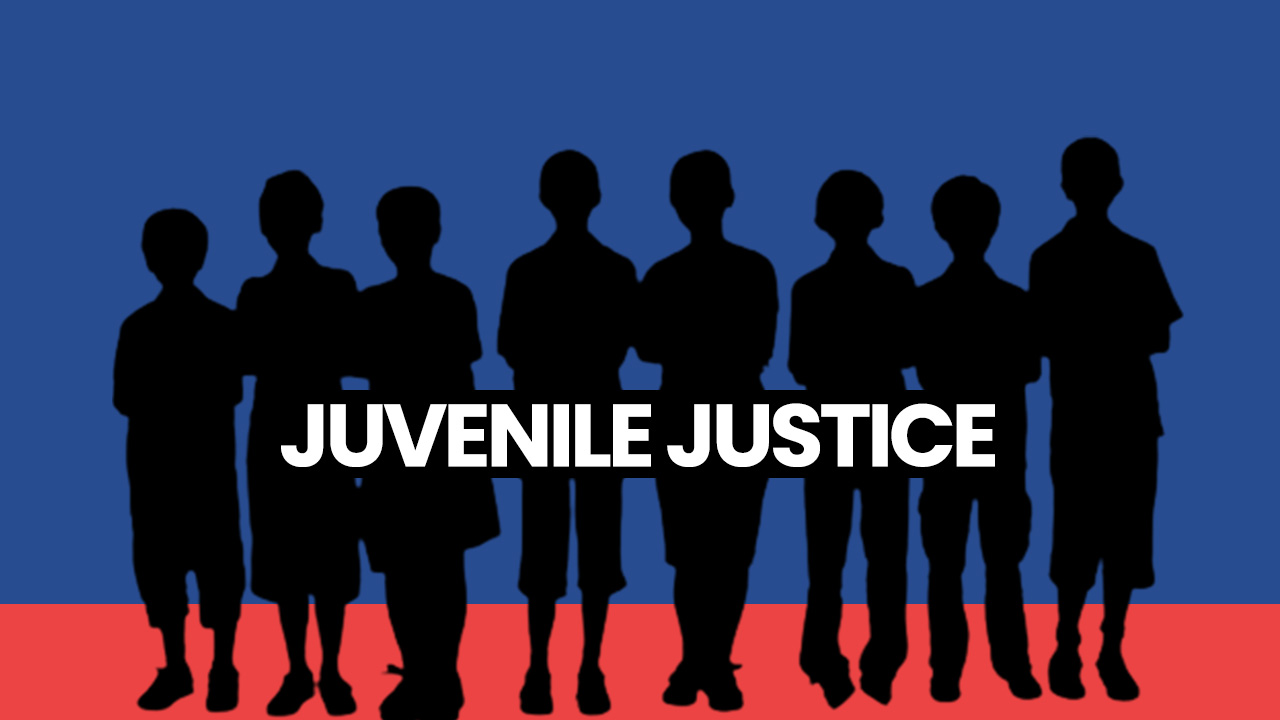 A haunting memory for our society on the issue of women's safety was when a gruesome tragedy took place in 2012 on the streets of Delhi. A young woman was brutally gangraped, eventually leading to her death. This incident shook India's conscience, and led to tremendous public outcry. After the incident, questions were raised on the legitimacy of the Juvenile Justice System as one of the accused in the 2012 gangrape case was 17-and-a-half years old and therefore tried as a juvenile. There were protests demanding stringent laws and punishment for children who were involved in such heinous offenses. Thereafter, a new Juvenile Justice (Care and Protection of Children) Act 2015 was brought which contains a provision allowing the trial of children in conflict with law in the age group of 16-18 years as adults, where they commit heinous offenses. The nature of the crime, and whether the juvenile should be tried as a minor or a child, is determined by a Juvenile Justice Board (JJB) through a preliminary assessment. This term 'preliminary assessment' may have appeared only eight times in the principal Act but it is one of the most onerous and critical tasks cast upon JJB. The task of preliminary assessment by the JJB becomes crucial as it not only gives a different legal character to a child in conflict with law aged between 16 to 18 years,presuming the said juvenile to be an adult in the eyes of law, but it also takes away the application of beneficial provisions enumerated under the JJ Act. In this blog, I'll discuss how critical the task of preliminary assessment under the Juvenile Justice System of India is and concerns related to it.

What Is Preliminary Assessment?

Section 15 of the Juvenile Justice (Care and Protection of Children) Act 2015 (hereinafter referred as JJ Act) provides that in case of heinous offense,[1] committed by a child age between 16-18, the JJB shall conduct a preliminary assessment with regard to four aspects of the child –

The JJB may pass an order in accordance with the provisions of Section 18(3). Proviso is that for such preliminary assessment, the JJB may take the assistance of experienced psychologists or psycho-social workers or other experts.

Besides, Rule 10A of the Juvenile Justice (Care and Protection of Children) Model Rules, 2016 (hereinafter as 'JJ Model Rules') provides the procedure for doing preliminary assessment into heinous offenses by the JJB. In addition, Section 14(3) of the JJ Act provides that a preliminary assessment shall be disposed of by the JJB within a period of three months from the date of first production of the child before the JJB. The Act does not, however, make it mandatory for all children in this age group to be tried as adults. During the preliminary assessment, the JJB takes certain reports and evidence into consideration such as the Social investigation report (SIR) prepared by the probation officer, social background report prepared by the police once the child is apprehended, a mental drug assessment report, statements of witnesses, and other documents collected during investigation. It is pertinent to note that the Social Investigation Report (SIR) prepared by probation officers is perhaps the most significant document for the preliminary assessment.

Why Is Preliminary Assessment Important?

The new JJ Act justifies the idea that a child in conflict with law above the age of sixteen year can be tried as adults if the JJB is of the opinion that the level of maturity of the child while committing heinous crime is of an adult not a child. According to the NCRB between 2018-2020, more than 40,000 children in conflict with law were apprehended (between age group 16-18) for committing various heinous crimes under Indian Penal Codes (IPC) and other Special Laws. It implies that these children must have gone through their preliminary assessment as required by law.

In no way can this task be relegated to the status of one that is perfunctory. The process of making a decision on which the fate of the child in conflict with law precariously rests should not be without undertaking a holistic assessment. While considering a child as an adult one needs to look at his/her physical maturity, cognitive abilities, social and emotional competencies. From a neurobiological perspective, the development of cognitive, behavioral attributes like the ability for delayed gratification, decision making, risk taking, impulsivity, judgment, etc. continues until the early 20s. According to one study, the cognitive levels of a 16 or 17 year old may match that of an adult, but the child may lack psychosocial maturity levels as compared to adults. Taking all these factors into consideration, such assessment becomes even more important, such that no child be pushed into the Adult Criminal System without proper scrutiny. This comprises the best interest principle under the JJ Act.

One problem with preliminary assessment is the wide room for discretion by the JJBs. The use of the word 'may' in the proviso relating to trying children in conflict with law as adults suggests that this decision may be taken by the JJB without the assistance of experts. We have discussed case laws below which show how arbitrariness in decision making could lead to a travesty of justice. It is important to reiterate that JJBs are not skilled at looking at the mental aspect of the child committing such a crime. For the same reason, the legislature under Section 15 of the JJ Act read with Rule 10A of the JJ Model Rules provides that the JJB while conducting preliminary assessment of a child in case of heinous offenses, 'may' take the assistance of psychologist or psycho-social workers or other experts who have experience of working with children in difficult circumstances. The word 'may' should be understood as 'shall' for the purpose of this section which is also held by the Supreme Court in its recent judgment Barun Chandra Thakur vs. Master Bholu & Anr, which I discuss below.

Under the current practice, JJBs, instead of seeking help from psychologists or psycho-social workers, prefer to send the child to the psychiatry department of a public hospital for mental health status examination. The reports sent by these psychiatry departments are basically mental health reports which depict nothing extraordinary. These merely indicate whether the patient is conscious, cooperative, and kempt, whether their attention is aroused and sustained, eye to eye contact initiated and maintained, their sexual charatertics, and the IQ level of the child. It is important to note that a mental health report can merely say that a child has no mental illness or disorder -- it cannot decisively say that the child has the mental capacity to commit such an offense as it does not consider important factors like the state of mind when the child committed crime and circumstances when the alleged crime was committed.

For the same reason, experienced psychologists or psycho-social workers are required, who can identify the developmental gaps in a child's life and the manner in which the same may be resolved – to satisfy a fundamental goal of the law, which is the 'rehabilitation' of a child. It is important to restate that preliminary assessment is not an ordinary task as it's done in exceptional cases, and JJB should be extremely careful as a wrong assessment can deprive a child of the protection of the juvenile justice system. The preliminary assessment of a child should be a combination of applications of expert opinion and judicial mind, and a process in which the accused child should be given a fair hearing and complete opportunity to participate in hearings. To bolster this argument, we can examine the following cases.

In the case of Durga Meena v. State of Rajasthan (2019), a minor was charged and convicted for a murder by the JJB. After holding a preliminary inquiry against the child, the JJB observed that the child was physically and mentally able to commit the crime based on a psychiatrist report, and thus, the JJB transferred the child to adult court. Thereafter, an appeal was filed in the Rajasthan High Court in which the Court observed that the JJB in this case failed to adhere to the mandatory requirements for preliminary assessment and the preliminary order is vitiated because no psychologist or psycho-social worker having the experience of working with children in difficult circumstances was undertaken during the enquiry conducted under Section 15 of the Juvenile Justice Act. The Court observed the JJB failed to look into the difficult circumstances like continuous physical and verbal assault of the child by the deceased.

The second major issue is that of age-determination for a child who has allegedly committed a heinous offence. In the absence of documentary age-proof, it becomes a herculean task for the JJB to accurately determine that the age of the child is between 16-18.

As discussed in this piece, a recent judgment of the Supreme Court highlighted that the Preliminary Assessment in the juvenile justice system is a delicate task and there is a need for appropriate and specific guidelines for conducting it. The Court has suggested for the Central Government, the National Commission for Protection of Child Rights (NCPCR) and the State Commission for Protection of Child Rights (SCPCRs) to consider issuing guidelines or directions in this regard, which may assist the JJB in making the preliminary assessment under Section 15 of the Act, 2015. Moving forward, these guidelines, whenever they come into picture, need to ensure an end to procedural arbitrariness in the current process of preliminary assessment by the JJB which violates Articles 14 and 21 of the Constitution. The preliminary assessment should not vitiate principles such as presumption of innocence and best interest of the child. We need to bear that in mind the ultimate aim of the juvenile justice system is reformative, not retributive. The decision of JJB to try children as adults is not a default choice but needs to be a conscious and well-thought decision keeping in mind the best interest of the child.

The author is an Advocate and also Justice Leila Seth Fellow .Views are personal.

[1] Heinous crime is defined U/s 2(33) of JJ Act as any offenses for which minimum punishment is imprisonment for seven years or more. For example - rape, robbery, acid attack, murder and human trafficking.

[2] Children Courts are special courts that deal with cases involving children. As per Section 2(20) of JJ Act "Children's Court" means a court established under the Commissions for Protection of Child Rights Act, 2005 or a Special Court under the Protection of Children from Sexual Offences Act, 2012, wherever existing, and where such courts have not been designated, the Court of Sessions having jurisdiction to try offences under the Act.