Kesavananda Bharati -II : The Case We Do Not Know, But Ought To Know 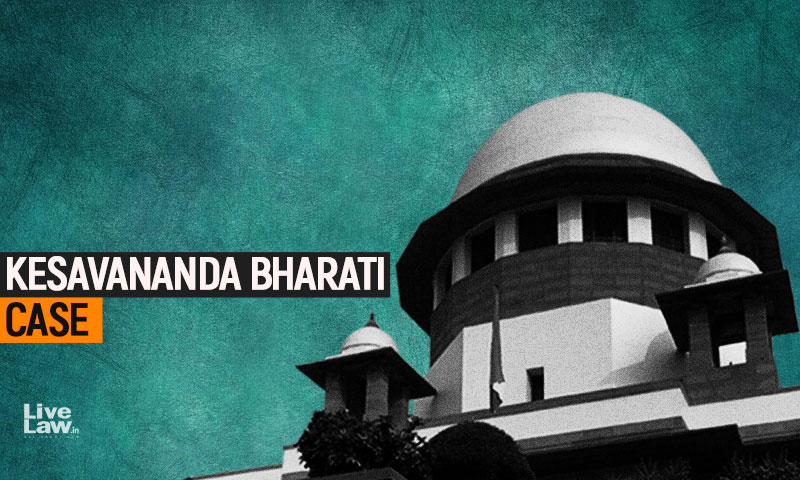 The  Supreme Court of India in Kesavananda Bharti v. State of Kerala [(1973) 4 SCC 225] had laid down the basic structure doctrine, according to which the Parliament can amend any part of the Constitution barring certain fundamental features. The verdict did not please the government led by Mrs. Indira Gandhi. Two years later, Mrs. Gandhi suffered another blow as the Allahabad High Court annulled her election from the Rae Bareli constituency on grounds of electoral malpractice. Mrs. Gandhi obtained a stay of the judgment from the Supreme Court and shortly thereafter, the President on the aid and advise of the government declared an Emergency in the country.

Subsequently, the government passed the 39th Constitutional Amendment which stated that any disputes relating to the election of the President, Prime Minister of the Speaker of the House, shall be adjudicated by an appropriate forum and not any Court of law. The Amendment also rendered any pending proceedings before the Courts, regarding these elections as null and void. The amendment in effect made the Allahabad High Court's verdict and its appeal before the Supreme Court non-est. The amendment was challenged before the Supreme Court in Indira Nehru Gandhi v. Raj Narain (AIR 1975 SC 2299).

The Court on 7 November 1975, struck down the 39th Constitutional Amendment using the basic structure doctrine propounded in Kesavananda Bharti's case. According to the Court, the amendment restricted the Court's power of judicial review which was part of the basic structure. The government did not take this decision well and within few days of the decision, Chief Justice Ray convened a Special bench consisting of all the 13 Judges of the Court to review the decision in Kesavananda Bharti ("Kesavananda-II"). Nobody knew how this Special Bench came to be constituted. Interestingly, 8 out of the 13 Judges were new and were not part of the Bench in Kesavananda.

Shri Nani Palkhivala vociferously argued before the 13 Judges for two consecutive days defending the verdict in Kesavananda Bharti. Justice R.F. Nariman while delivering a lecture on Palkhivala recalled, that while arguing Kesavananda-II, Palkhivala had a copy of the proposed 41st Amendment Bill which had not yet become the law. The Amendment Bill proposed that any person who has occupied the position of the President, Vice President or Governor cannot be tried for any crime in Courts in India. Palkhivala pointed out the absurdity of the law by stating that even if a person occupied these constitutional positions for a day, she/he could not be tried for the rest of her/his life. He used the amendment to highlight the need for the basic structure doctrine to act as a check on such amendments.

During the hearing at one point, somebody asked who constituted this bench? Chief Justice Ray looked at Palkhivala and said, you did. Palkhivala responded with an emphatic no, stating why would he challenge a decision in his favour. Justice Ray then stated that the State of Tamil Nadu had asked for a review, to which the Advocate General of the State (who was fortunately present in Court) responded that the state stands by the judgment. Similar was the response from the Advocate General of the State of Gujarat. This exchange made the other Judges realize, that the Bench was constituted at the behest of Justice Ray himself, who arguably wanted that the decision in Kesavananda Bharti be overruled. On the third day of the hearing, Chief Justice Ray came to the Court room and simply announced 'Bench Dissolved' and walked out.

Post his resignation, Justice H.R. Khanna (a member of the Bench in Kesavananda-II) praised Nani's advocacy in Kesavananda-II case and remarked 'It was not Nani who spoke. It was divinity speaking through him.' He further said that his opinion was shared by all his brother Judges. Justice Khanna also termed the decision as significant as Kesavananda-I, as it marked the last determined assault on the Basic Structure Doctrine and would mark the beginning of its influence on the constitutional law in India.

Sadly, the outcome in Kesavananda-II does not find a place in any reported decision because before an order could be dictated, Justice Ray merely declared 'This bench is dissolved' and walked out.

An immediate outcome of Kesavananda-II was the infamous 42nd Constitutional Amendment wherein the Parliament attempted to counteract the effect of the decision in Kesavananda-I. However, the amendment was significantly struck down by the Court in Minerva Mills v. Union of India (AIR 1980 SC 1789) and later, the Parliament (led by Shri Morarji Desai) repealed majority of it through the 44th Constitutional Amendment.

Kesavananda Bharti-II was a case wherein the Indian Democracy was saved a second time. It is an important event in the history of our constitutional democracy and every citizen of India should know of it.

(The author is a lawyer practicing in New Delhi. The post was first published on his personal blog "The 'Basic' Structure".

The author does not wish to offend or disrespect any member of the legal fraternity with this post. The facts and events stated in it have been reported in the public domain. The author has relied on three primary sources which are : 'The Judges of the Supreme Court of India (1950-1989)' by Gadbois Jr., 'Neither Roses nor Thorns' by Justice H.R. Khanna and 'God Save the Hon'ble Supreme Court' by Fali Nariman)
TagsKesavananda Bharati Basic Structure Doctrine #Nani Palkhiwala Justice H R Khanna Indira Gandhi #Justice R F Nariman Chief Justice A N Ray
Next Story
Similar Posts
+ View more
Law Firms
+ More