Law Of Confessions In Matters Of Corporate Fraud : An Analysis 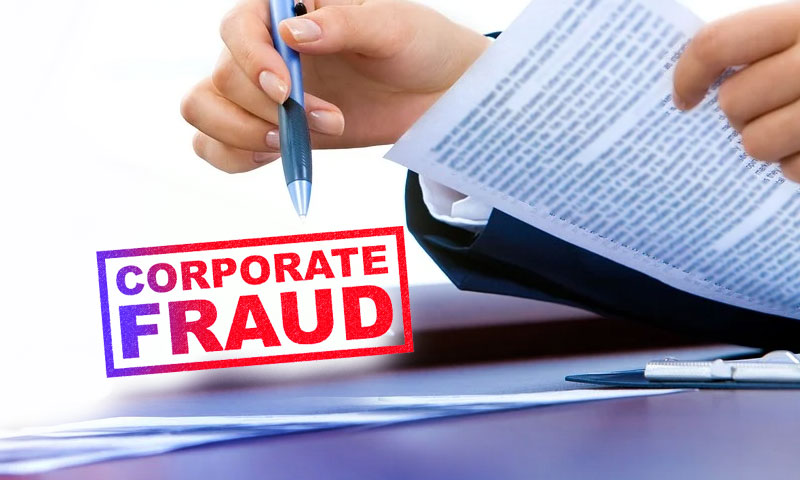 Corporate fraud is synonymous with white collar crimes. It poses a threat to the economy all across the globe. Such crimes are characterized by deceit, concealment and violation of trust. In addition to causing significant financial losses to investors, corporate fraud has the potential to cause immeasurable damage to a nation's economy and investor confidence. Therefore, Corporate fraud...

Corporate fraud is synonymous with white collar crimes. It poses a threat to the economy all across the globe. Such crimes are characterized by deceit, concealment and violation of trust. In addition to causing significant financial losses to investors, corporate fraud has the potential to cause immeasurable damage to a nation's economy and investor confidence. Therefore, Corporate fraud is one of the FBI's highest criminal priority in the United States of America.

To deal with the menace of corporate fraud in India, lawmakers decided to amend the Companies Act 1956 to meet the changed national and international economic environment and further accelerate the expansion and growth of the nation. Subsequent to the introduction of the Companies Bill 2009 in the Lok Sabha, the Central Government received several suggestions for amendments in the said Bill. The Parliamentary Standing Committee on Finance also made numerous recommendations in its Report which were accepted by the Central Government.

The Companies Bill inter alia proposed to incorporate a statutory status of the Serious Fraud Investigation Office (SFIO) for the purpose of investigating offences of corporate fraud. It was stated that the investigation report of SFIO filed with the Court for framing of charges would be treated as a report filed by a Police Officer. Given the gravity of committing corporate fraud, the offence was proposed to be classified as cognizable and the SFIO would have the powers to arrest for the purpose. Additionally, the rigors of twin conditions were incorporated for release of bail.

In view of the large amendments to the Companies Bill 2009, the Central Government decided to withdraw the Bill and introduce a fresh Bill incorporating the recommendations of the Standing Committee and suggestions of the stakeholders. Hereafter, the Companies Act 2013 was enacted.

Section 217 of the Act contemplates the procedure, powers, etc. of Inspectors investigating into offences under the Act. The provision empowers an Inspector to call for information or summon any relevant documents from any person ; and also to summon and examine on oath any officer, employee and/or agents of the concerned body corporate or any other person (with the prior approval of the Central Government). Such Inspector is vested with all the powers of a Civil Court under the CPC 1908 while trying a suit, in respect of the following matters:

Section 436 of the Act is a non obstante provision which states that every offence under the Act shall be triable exclusively by a Special Court. Clause (b) of Section 436 empowers a Magistrate to authorize the detention of an accused person in custody. Clause (c) of the provision states that a Special Court has the same power as is vested in a Magistrate for the purpose of authorizing detention in custody. Clause (d) of Section 436 empowers the Special Court to take cognizance of an offence under the Act upon perusal of the Police Report of the facts constituting an offence or upon a Complaint in that behalf, without the accused being committed to it for trial.

Section 447 of the Act is a penal provision for committing corporate fraud which observes a maximum punishment of 10 years and fine which may extend upto 3 times the amount involved in the fraud.

Section 67 of the Narcotic Drugs and Psychotropic Substances (NDPS) Act, 1985 empowers an authorized officer under Section 53 of the Act to summon and examine any person - to call for any information, documents, etc. during the course any enquiry, in connection with the contravention of any provisions of the NDPS Act.

However, in Tofan Singh v. State of Tamil Nadu the Supreme Court has held that that officers invested with powers to investigate offences under the NDPS Act are 'Police Officers' within the meaning of Section 25 of the Indian Evidence Act and therefore a confession made by an accused under Section 67 of the Act before such officer/s is inadmissible in evidence. The Court observed-

"Even if the NDPS Act is to be construed as a statute which regulates and exercises control over narcotic drugs and psychotropic substances, the prevention, detection and punishment of crimes related thereto cannot be said to be ancillary to such object, but is the single most important and effective means of achieving such object. This is unlike the revenue statutes where the main object was the due realisation of customs duties and the consequent ancillary checking of smuggling of goods (as in the Land Customs Act, 1924, the Sea Customs Act, 1878 and the Customs Act, 1962); the levy and collection of excise duties (as in the Central Excise Act, 1944); or as in the Railway Property (Unlawful Possession Act), 1966, the better protection and security of Railway property. Second, unlike the revenue statutes and the Railway Act, all the offences to be investigated by the officers under the NDPS Act are cognizable. Third, that section 53 of the NDPS Act, unlike the aforesaid statutes, does not prescribe any limitation upon the powers of the officer to investigate an offence under the Act, and therefore, it is clear that all the investigative powers vested in an officer in charge of a police station under the CrPC – including the power to file a charge-sheet – are vested in these officers when dealing with an offence under the NDPS Act.

After perusing provisions of recording confessions under TADA and POTA the bench observed that Section 67 of NDPS Act did not have any connection with recording confessions as there were no safeguards contemplated therein. In fact, it was observed that Section 108 of Customs Act warranted statements made therein to be "evidence" as opposed to Section 67 of NDPS Act. It was finally held-

Thus, to arrive at the conclusion that a confessional statement made before an officer designated under section 42 or section 53 can be the basis to convict a person under the NDPS Act, without any non obstante clause doing away with section 25 of the Evidence Act, and without any safeguards, would be a direct infringement of the constitutional guarantees contained in Articles 14, 20(3) and 21 of the Constitution of India."

Coming back to Companies Act, it is manifest that an Inspector is empowered to record statements of any persons referred to in the provision and also use them in evidence. In this backdrop, a crucial question emanates – Given that the provision is similar to Section 108 of Customs Act, could statements amounting to confessions made before an Inspector under Section 217 in matters of corporate fraud be admissible in evidence?

To answer this, we would have to answer three questions:

Sections 212(8) and 436 of the Companies Act empower authorized officers to arrest and seek remand of persons accused of corporate fraud. The Statement of Objects and Reasons enunciate a statutory status to be vested with the SFIO exclusively for the purpose of investigating offences under the Act. Section 447 observes a maximum punishment of 10 years for committing corporate fraud. It thus connotes that prevention, detection and punishment for committing corporate fraud is not ancillary to the object of the Companies Act, but is an important part of achieving such object.

Section 212(6) categorically states all offences covered under Section 447 to be cognizable and additionally makes applicable the rigors of twin conditions for grant of bail.

Clause (d) of Section 436 of the Act empowers the Special Court to take cognizance of an offence under the Act upon perusal of the Police Report of the facts constituting an offence or upon a Complaint in that behalf, without the accused being committed to it for trial. Section 438 makes the CrPC applicable to proceedings before a Court.

In Tofan Singh (supra), the Apex Court took into consideration Section 36A(1)(d) of the NDPS Act (which is pari materia to Section 436(d) of Companies Act 2013) and held that filing of a Police Report or Complaint is the prerogative of the Investigating Agency and the same could not be construed to affect the powers of investigation under Section 53 of the NDPS Act.

A logical inference would follow that in cases of Corporate Fraud, Section 217 of the Companies Act, if interpreted in a manner so as to make statements amounting to confessions admissible in evidence, doing away with Section 25 of the Evidence Act without any safeguards, it could be a direct infringement of Articles 14, 20(3) and 21.

(Author is a practicing Lawyer)