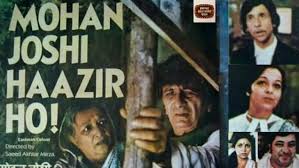 Justice delayed is justice denied- this often repeated quote has been repeated so often that it is almost mundane, ineffective and boring to quote this quote anymore. But it is hardly debatable that time and justice share a relationship, that timely delivery of justice is important factor (if not essence) in ensuring justice 'being done'. Our judicial system is struggling with issues of...

Justice delayed is justice denied- this often repeated quote has been repeated so often that it is almost mundane, ineffective and boring to quote this quote anymore. But it is hardly debatable that time and justice share a relationship, that timely delivery of justice is important factor (if not essence) in ensuring justice 'being done'. Our judicial system is struggling with issues of long pendency and delay- a fact we, law students and lawyers are very well-aware of. While National Judicial Academy has envisaged concept of 'timely justice' instead of 'speedy justice', yet it cannot be denied that our system is in need of effectively managing the issues of delay in justice delivery system.

Mohan Joshi, an elderly retired man, wants his house in a Mumbai chawl to be repaired. Chawl is his hone, his family has been living in the chawl since generations and thus he is saddened by the poor condition of it. He struggles with his landlord and the Repairs Department for getting the chawl repaired, only to be ridiculed, and threatened. Land Lord in company of real estate promoters rather wants to evict the chawl tenants and expand his real estate projects. Finally Mohan Joshi decides to file a case in court against land lord although amidst skepticism about effectiveness of court litigation. Court litigation turns out exactly what he had prayed against. His case remains pending for years with continuous adjournments, delay tactics, and multiple litigations including FIRs and cross FIRs. Ultimately, Mohan Joshi makes himself collapse in the debris of his falling chawl to 'prove' that his home needs repair and so does the system.

Of Hopes and Delays

Mohan Joshi begins the litigation with deep sense of hope and aspiration from the Indian judiciary that soon 'judge sahab' would ensure that his house gets repaired but he feels disenchanted on the very first day of hearing. Before he even settles in the court, matter is adjourned for next hearing three months later. And since then the litigation becomes a roller coaster ride of occasional hopes of justice and overarching discouragement of delays.

While Joshi sits, staring into nothingness in the crowded court room, case after case is filed, summon after summon is issued. He faces an eviction suit and range of FIRs. Case law after case law is cited, section after section is debated, only for matter to be adjourned for one month, three months, six months. After few years, the date for final decision does come, but right before that judge is transferred and entire cycle of re-hearing begins.

Meanwhile life runs parallel to the case, Joshi's granddaughter is born, she turns three, starts going to school, his son enters colleges, finishes colleges, gets a job, the lawyers get married, move to better and bigger chambers, while the case continues. Over the years, Joshi himself moves on from becoming a layperson to finding case laws in his case's support.

Amidst occasional "waqt chahe jitna lage sabse badi cheez hai insaaf" the overall emotion of Joshi and his wife towards the litigation are of exhaustion and deepening gloom that perhaps litigation is not made for a common citizens like them. "Main thak gayi hu…. Ab to kisi tarah chhutkara mil jaye court se" - is the strengthening emotion with each passing day. In fact the movie has a song choreographed to present this exhaustion and helplessness towards the never ending case- "Hai Re Mukadama! Court mein jab se chala tab se gadbad ghotala"

Land and tenancy litigation are very complex and multifaceted litigation. The film represents story of class and power imbalance between a chawl resident tenant and a powerful realtor. The residents of the chawl are not organized, thus Mohan Joshi fights a lonely battle for the chawl. He faces threats to his family by local gundas, range of FIRs and an eviction suit for his actions. In fact the entire purpose of Kundan Kapadia during the litigation is to delay the process and teach him a lesson ("aate dal ka bhav maloom ho jayega") and make an example out of him so that chawl residents can be thrown out for more profitable real estate business.

The movie is set in an era where courts were still considered 'pro tenant'. But a lot has changed since then. The economy was liberalized in 1991, real estate has seen major changes in law and profitability, 2008 housing bubble burst hit the economies. Today Rent Control act are argued to be outdated and even landlords have a story to share. Courts too are not considered necessarily 'pro tenant'.

Yet the movie remains relevant to understand the social and economic context of tenancy laws and socio-economic position of stakeholders.

Justice is not for free, it costs. While court fees and lawyers fees are often highlighted as major cost of litigation, but there are range of other expenditure, as various studies have pointed out. Loss of productive hours for court visiting litigant, expenses of travelling to court- all make the already long and lonely road to justice, even more difficult to finish.

In the film, first the costs are covered through savings of Mohan Joshi, but soon his wife sells her golden bangles. And later the film shows the daughter in law of the house selling her golden bangles once she and her husband take over the litigation. The film tells the story of only district court; the matter is yet to reach appellate court. Once it reaches the appeal stage, the cost would become all the more exuberant.

The movie is worth a watch for law students and lawyers for two reasons- firstly, to understand the emotional as well economic cost for clients. For us, lawyers and law students, adjournment has become institutionalized and normalized practice, but each adjournment costs clients, both emotionally and financially. Secondly, to understand how we as, lawyers have contributed to this. The movie provides an opportunity to reflect on our own selves.

The movie is also a rare Hindi movie to get the art direction for crowded court room setting, piles of files, and even reality of recording of statement right.

(This is the eleventh article in the "Law On Reels" series, which explores legal themes in movies)