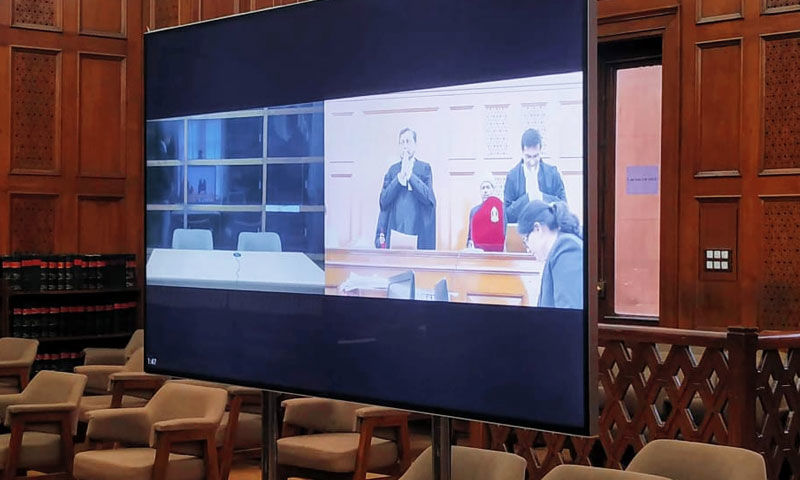 x
The act of an advocate representing from a car or similar non-office space is mostly done out of compulsion than disrespect.

The order of the Madras High Court on 03-02-2021 that the conduct of a lawyer who attended the hearing while being seated in his car amounted to "disrespecting the court" is one of similar observations by Courts across the country.While the Courts have, and rightfully so, pointed out the conduct of lawyers who attended court proceedings where they were dressed in inner clothes,...

The order of the Madras High Court on 03-02-2021 that the conduct of a lawyer who attended the hearing while being seated in his car amounted to "disrespecting the court" is one of similar observations by Courts across the country.
While the Courts have, and rightfully so, pointed out the conduct of lawyers who attended court proceedings where they were dressed in inner clothes, spitting on the road, and smoking on screen amounts to disrespect of the court, this article does not deal with these instances.

This article addresses the observations of Courts about the places from which lawyers are constrained to attend these proceedings, and why these statements may not have taken into consideration the circumstances of the lawyers.

Most lawyers have their practise spread across different trial courts, and the High Court. They rush from one court to the other, and request their colleagues to ask for a passover when they cannot make it on time for their item. If they cannot afford an office or space in the Law Chambers, they carry all their case bundles from home. They make their living, both by arguing as well as by running.

For example, the Madras High Court also has other courts on its campus. This premises has Family Courts, Labour Courts, City Civil Courts, Small Causes Courts, Mahila Court, and the Central Administrative Tribunal – this list is not exhaustive. A lawyer could finish a matter in the Sessions Court, and then go to the High Court before his item reaches. Lawyers would even rush from magistrate courts in other localities to represent in cases before the High Court, and go back to the magistrate courts and other trial courts.

It was, and remains, a luxury to confine your practise to just one court. There are many lawyers who do not have that luxury, especially first generation lawyers who have to necessarily take up briefs wherever it takes them, in order to make ends meet.

When the corona virus pandemic struck this country and courts were forced to go virtual, nobody was really prepared for what we saw on screen. Trial courts were still closed or had very limited video-conferencing functioning, and the High Courts started functioning virtually.

The Madras High Court Video Conferencing Rules state - "...Remote Users and the Coordinator at the Remote Site shall ensure that the Remote Site is situated in a quiet location, properly secured and has sufficient internet coverage. Any unwarranted disturbance caused during video conferencing may. if the Presiding Judge so directs, render the proceedings non-est."

Lawyers and Judges, for what is probably the first time in legal history, had to show a portion of their homes to each other in their professional capacity. From small talk in court with people we barely knew, we suddenly had a glimpse into their lives. We could see a photo of their deceased father behind them as they tried to convince the court why their matter had to be heard in the middle of the pandemic. Senior Counsels who could command the attention of the entire court room with a wave of their hand were struggling to unmute themselves to make their points.

In the initial days of video conferencing hearings, we could see the women -bench clerks, office assistants, and lawyers – being asked about morning coffee and lunch by their relatives when court hearings were about to commence. The people who lived with them did not realise what was happening, and we could witness that their unpaid labour was demanded even when court was in session. They were suddenly mothers, wives, and officers of the court, all at the same time.

Another thing you could observe was disparity – of income, inheritance, and support. Generational lawyers had bookshelves behind them, and you could see AIR volumes spanning many decades with embossed gold initials. These books would have been handed over from generation to generation along with legal knowledge, court wisdom, and clients. Other advocates who had the privilege of working from firms and law chambers could also deal with the situation very well. Many of them already had laptops and good computer systems (to be able to move between virtual courts with ease) and after installing a new software, they were ready to appear in court.

This is not the story of every lawyer in this country.

Many people, including Judges[2] have dealt with adapting to video-conferencing hearings. For the first time, lawyers were forced to think about from where they would argue. Law Chambers were also closed, and lawyers had to pick between their offices and their homes.

If the backyard was the only place free of children (who also had online classes because schools were shut), relatives (who did not have to go to work as their offices were shut), then your client's bail petition was argued with the trees in the background.

If the kitchen was the only place free of your spouse in your one bedroom apartment, you would place your arguments about the revenue department's notice and the Court can see you, and also the exhaust fan in the background.

The pandemic has brought this legal system closer in a way we never quite imagined. Caste, class, and income divides in the system have never been more apparent.

As a result of these hearings, the next time we see a lawyer, we will know his house has green walls, and that he has a ten year old child who fought with him for the laptop when his case was going on. We will know that another lawyer has lunch at 01:00 pm and that it is usually biriyani on Thursdays because he told his wife this without realising that his mic was on, and over 100 people could hear him.

This changed significantly when trial courts started functioning (from around early December), but the High Court was still hearing cases through video-conferencing – and this is the situation till date. Lawyers now have to come to court, and also attend the virtual hearings. Law Chambers on the High Court campus are still closed.

As always, the profession adapted. We installed these apps on our phones, we carried earphones with us, along with our case bundles. With one ear in the High Court and another watching out for when our case reached in the trial court, we had to be in two courts at the same time. We now had to run between courts, and also make sure that we did not miss out on the VC hearings.

Unless lawyers only practise in the High Court, or have an office right next to the court campus, it is not possible to sit in a room and address the court through the video conferencing hearing. So, we also had to do another thing that we never had to do before – find a place to argue.

To be able to stand in front of the Judge in a crowded court room, with a table to place our case papers was not an option. We had to create that space. We had to look presentable, we had to be audible, and we had to be there for the court and our client.

From empty court corridors to bikes parked in the lot – you could hear lawyers with their phones held in front of them say – "Yes, My Lord, that's right. Order dated 08-09-2019, much before this pandemic business started."

In this situation, cars are a boon. It is an enclosed space. You can block out background noise from outside. You can have your case papers in the seat next to you and reach out to it whenever you want. Yes, you will have to be dressed in appropriate court attire and address the Court in a respectful manner as you would have in a physical court hearing. Representing from a car in itself will not amount to violation of the VC Rules.

This brings me to the conclusion of my article.

For lawyers who are first generation advocates, who do not have the benefit of an office near court (considering that the Law Chambers are also closed), with a practise that spans across different courts to make ends meet - What are the alternatives?

These are situations where the entire system and not just lawyers have been forced to accept, adapt, and appear. The judiciary has risen to the occasion in an efficient manner. Judges, their assistants, court clerks, the bench clerks, record clerks, stenographers, the copy section, the filing section, on-site VC coordinators, and the administrative staff – they have been working through the pandemic in order to ensure that our Courts are functional.

A court's respect does not fall if lawyers represent from cars, or from staircases. In fact, it is a symbol of how important it is to appear before court that they are using any means at their disposal to achieve it. Given a choice, we would all like to appear in rooms through a state of the art computer system, with shelves of books behind us, but that is not a luxury that we all have.

When courts resume physical hearings, we will all start running again and enter the High Court, panting, but grateful for the space. And until that happens, I hope all my colleagues can find quiet places with sufficient internet coverage to fulfil their duty to the court, their clients, and the people who are dependent on them.

(Chethana is a lawyer practising in Chennai. She deals with cases in the family courts, trial courts, and in the Madras High Court. Her e-mail ID is [email protected])