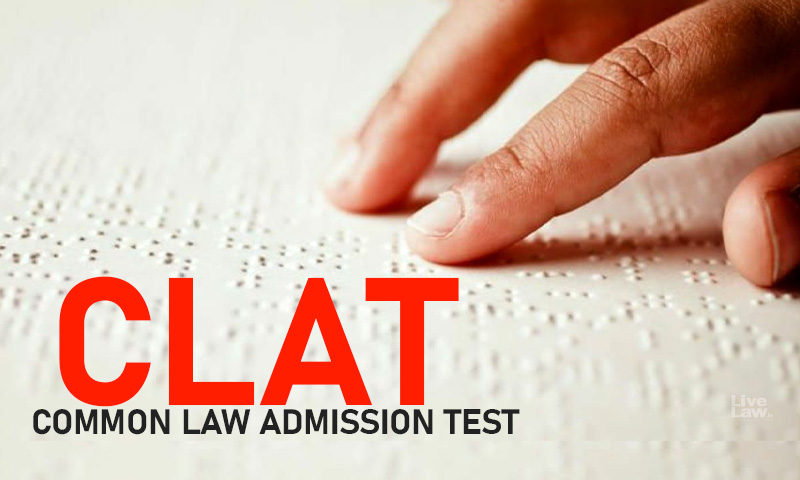 IntroductionWhile delivering the valedictory address at a summit concerning Legal Professionals with Disabilities, Justice DY Chandrachud expressed concern that the Common Law Admission Test (CLAT) and other law entrance tests in India neglect the needs of disabled students, thereby excluding them from the legal profession. Noting these observations, the president of the Consortium,...

While delivering the valedictory address at a summit concerning Legal Professionals with Disabilities, Justice DY Chandrachud expressed concern that the Common Law Admission Test (CLAT) and other law entrance tests in India neglect the needs of disabled students, thereby excluding them from the legal profession. Noting these observations, the president of the Consortium, Prof. Faizan Mustafa, issued a statement saying that the possibility of alternative questions in CLAT 2021 for visually challenged candidates would be examined. This would be a long overdue and much-needed step in the direction of equal opportunity and accessibility to persons with visual impairment. It comes amidst an increasing trend worldwide, towards reforming entrance tests keeping in mind disabled test takers. Last year, the LSAC entered into a settlement with Angelo Binno, a legally blind test taker, agreeing to redesign the analytical reasoning portion of the LSAT exam. In this context, this article explores the difficulties faced by visually challenged aspirants in answering the CLAT exam and argues that the present paper pattern places aspirants with visual impairment at a disadvantageous footing not only vis-à-vis their able-bodied counterparts, but also vis-à-vis other aspirants from the PwD category.

How does a visually challenged student answer CLAT?

Like most other entrance tests, CLAT provides 'Scribes' for Persons with Disabilities. The scribe plays a vital role for a visually impaired aspirant, without whom taking the test would have been unimaginable. Aspirants often practice writing mock tests along with their scribes so as to adapt and get familiarized with each other. This enhances efficiency by building understanding and communicative skills between aspirant and scribe, thereby saving precious time during the actual examination. However, last year, by a notification, the Consortium decided to itself provide a scribe to PwD students. It was only after several students objected (including one of us; Yash), that the Consortium allowed students to have their own scribe. However, this decision came only a day prior to CLAT. This incident reflects the need to improve and implement the existing legal framework dealing with scribes, which can be found here. Moreover, while a partially visually impaired aspirant can use a paper for rough work, an aspirant with complete impairment would have to do all rough work mentally. Hence, familiarity with the scribe, and their manner of reading the questions, is extremely important. However, when it comes to certain kind of questions involving diagrams or charts, such as direction sense and tabular arrangements, even a scribe of one's choice would not be sufficient.

What kind of questions in CLAT do visually challenged persons face difficulty with?

In this section, the authors present some such questions in previous CLAT papers which are extremely difficult for visually challenged persons to solve. 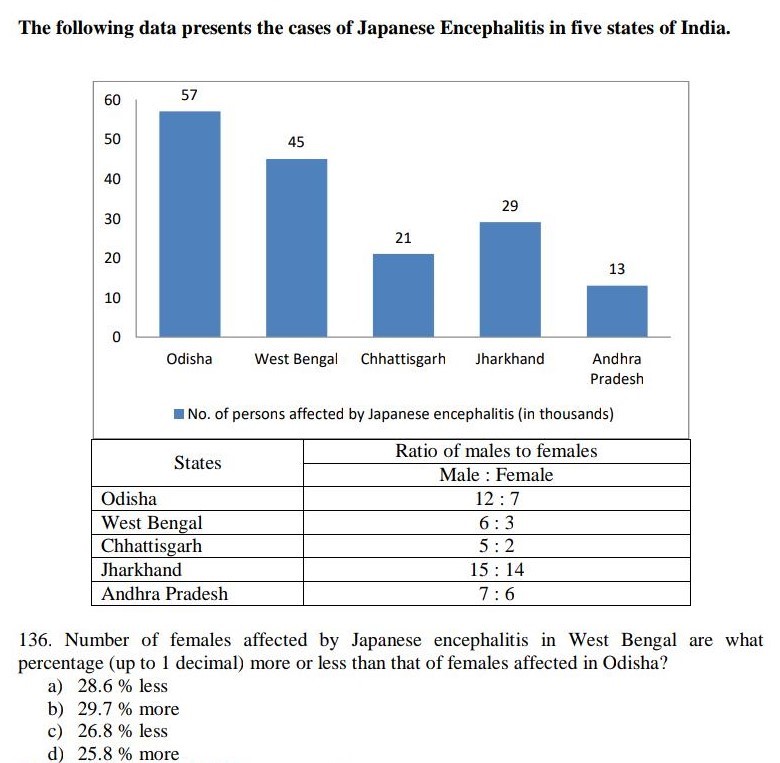 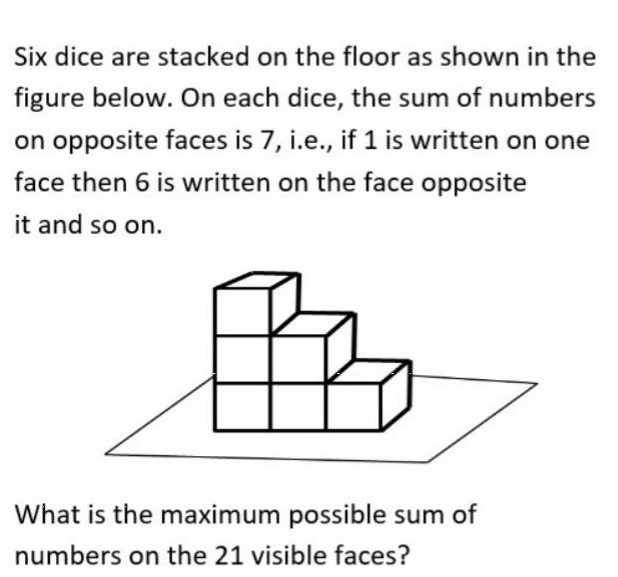 In order to solve these questions, an able-bodied student would use a rough paper and sketch out the arrangement. Without rough paper, though not impossible, it is extremely difficult to crack such questions. Further, they often come in groups resulting in visually challenged students losing out on several marks. 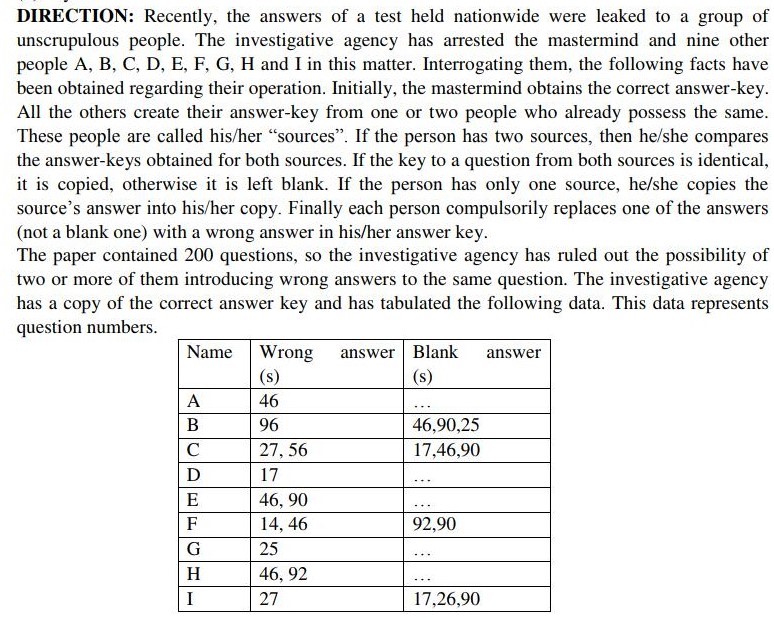 Again, the issue with such questions is that they are confusing by design; even for an able-bodied student. They become all the more troublesome for a student who cannot use rough paper.

Moreover, even if visually impaired aspirants are trained to mentally solve questions involving mathematics, say by using abacus, most can only attempt a small fraction of these questions. They also take much longer to solve them. Additionally, while an able-bodied person can easily pick and choose which questions to answer, a scribe would have to read out the entire mathematics section in order to find the few questions that a visually challenged aspirant can attempt. This process is extremely time consuming, and in competitive exams such as CLAT, time is a luxury that one can ill afford to waste. Resultantly, most visually challenged aspirants tend to skip the mathematics section altogether

These questions are only illustrative of the kind of skills tested in CLAT. The issue of their relevance to the legal field is an altogether different argument. However, when it comes to visually challenged students, they pose serious challenges. It is therefore no surprise that the diversity surveys conducted by IDIA in the top five National Law Universities show that visually impaired students constituted 1.13% out of the 8.13% of Persons with Disability in 2016-17, and 1.17% out of 6.21% in 2018-19. While the Consortium has strived towards making CLAT more accessible, mere intentions are not enough. In this regard, Justice Chandrachud's remarks are a welcome – and much needed – wakeup call, that must be very seriously deliberated upon. In what we hope to be a movement towards greater accessibility, and lesser barriers to entry in the legal field, this article serves to highlight some of the issues in the existing framework of CLAT.

(Yash Dodani, himself a partially visually challenged aspirant in the CLAT 2019 examination, speaks from lived experience about the struggle of attempting CLAT. He is also the Deputy Team Leader and Information Officer of IDIA Hyderabad Chapter. He now studies in the second year at NALSAR University of Law, Hyderabad. & Eeshan Sonak, a volunteer and intern with IDIA, speaks from his experience of having trained visually challenged students to answer the CLAT exam. He too studies in the second year at NALSAR.)