LGBTQIA+ Rights In India: The Road Ahead 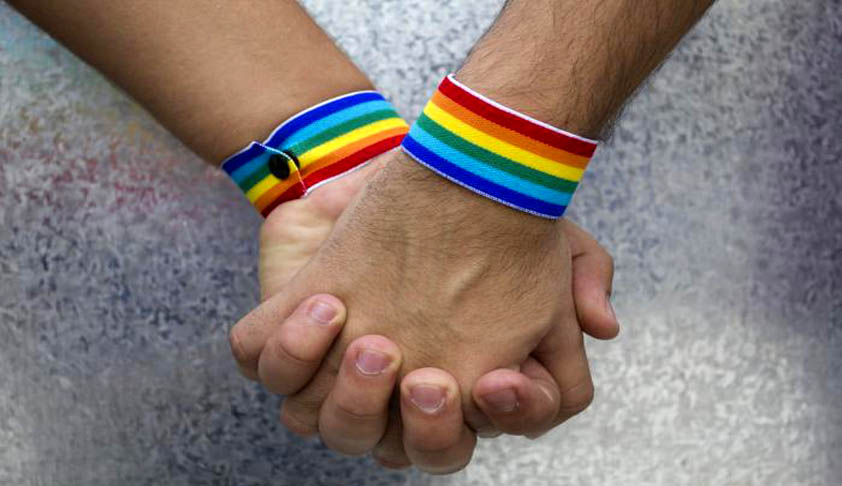 In March 2021, Oscar Davies, an English Barrister-at-law (called to the bar in 2018), became the first person known to be listed at Chambers in the U.K. with a gender-neutral honorific 'Mx', as opposed to being listed with the binary honorifics of 'Mr' or 'Ms'. Barrister Davies' action has stirred up the debate on gender issues and the societal ramifications of the lack of clear...

In March 2021, Oscar Davies, an English Barrister-at-law (called to the bar in 2018), became the first person known to be listed at Chambers in the U.K. with a gender-neutral honorific 'Mx', as opposed to being listed with the binary honorifics of 'Mr' or 'Ms'. Barrister Davies' action has stirred up the debate on gender issues and the societal ramifications of the lack of clear statutory rights. While there is a similar recognition of transgender rights within the Indian legal domain, especially since the 2014 judgment of the Supreme Court of India in National Legal Services Authority vs. Union of India and Ors. (2014) 5 SCC 438 (NALSA Case), there is still much to be done in terms of gender recognition as an enforceable right.

The European Commission, in its report titled 'Legal gender recognition in the EU: the journeys of trans people towards full equality', published in June 2020, reviewed the protection afforded to trans people in all the European Union (EU) Member States. The report found that:

"Currently, 22 EU Member States, and the UK, have established clear legislation to allow individuals to go through LGR. The remaining five EU countries (Bulgaria, Cyprus, Lithuania, Latvia and Romania) do not have any such legislation, although courts have recognised some LGR applications on a case by-case basis. The conditions for the procedure vary widely between countries and may encompass medical, judicial, civil and/or administrative requirements. In 2014, Denmark became the first EU Member State to permit an individual to legally determine their own gender on the basis of self-determination, without medical interventions or divorce. LGR based on self-determination is now permitted in six EU countries namely, Belgium, Denmark, Ireland, Luxembourg, Malta and Portugal. Outside of the EU, Norway and Iceland also permit LGR on the same basis."

In India, the Transgender Persons (Protection of Rights) Act, 2019 has sought to advance the cause of the 'third gender' and introduced a mechanism to obtain a 'Certificate of Identity of Transgender Person' from a District Magistrate. While this is the first dedicated legislation towards enforcing transgender rights in India, the law has been criticised for lack of public consultation and is seen as taking a step backwards in nullifying the Supreme Court's findings in the NALSA Case by failing to uphold the right of gender self-determination.

Intersectionality and Gender Jurisprudence in India

Across the globe, rights of the Lesbian, Gay, Bisexual, Transgender, Queer, Intersex, Asexual/Aromantic + (LGBTQIA+) community has developed significantly over the last twenty years or so. For instance, in many countries, same-sex relationships now have equal status to heterosexual relationships. In 2004, U.K. enacted the Civil Partnership Act 2004, which enables same-sex and queer couples to live in cohabitation with recognition of their legal relationship thus providing protection and legal rights. This was a significant development as it provided these couples with rights under various categories including inheritance, tax benefits, data protection and data access, social security benefits, employment benefits, etc. The rights were further improved by the enactment of the Marriage (Same Sex Couples) Act 2013 giving same-sex couples the ability to marry and have the same legal rights as those of heterosexual partners, especially helpful during the COVID-19 pandemic.

Nevertheless, in recent years, our constitutional courts have taken progressive positions in matters related to gender rights. The Madurai Bench of the High Court of Madras, in the case of Arunkumar and Sreeja vs. The Inspector General of Registration and Ors. [W.P. (MD) No. 4125 of 2019 & W.P. (MD) No. 3220 of 2019] has highlighted the lacunae that currently exists in the legislative rights for the transgender group in India. In that case, the High Court was concerned with whether a Hindu marriage solemnly carried out in a temple between a man and a trans woman can be registered under the Hindu Marriage Act, 1955 after the Registrar of Marriages refused to register the marriage. In considering the rights of transgender persons, the Court referred to the NALSA Case, in which the Supreme Court upheld the transgender persons' right to decide their self-identified gender. The High Court, in rendering a truly path-breaking interpretation, held that "the expression "bride" occurring in Section 5 of the Hindu Marriage Act, 1955 will have to include within its meaning not only a woman but also a transwoman. It would also include an intersex person/transgender person who identifies herself as a woman. The only consideration is how the person perceives herself."

In the landmark case of Navtej Singh Johar vs. Union of India (2018) 10 SCC 1, the Supreme Court held that Article 14 of the Constitution of India, 1950 affirms that the State shall not deny to "any person" equality before the law or the equal protection of the laws within the territory of India, which also applies to transgender persons. Transgender persons who are neither male/female fall within the expression "person" and hence entitled to legal protection of laws in all spheres of State activity as enjoyed by any other citizen of this country.

What India Must Do

In July 2020, the Office of the High Commissioner for Human Rights had published a report describing the impact of COVID-19 pandemic on queer communities to be "disproportionate" and found that "the response to the pandemic reproduces and exacerbates the patterns of social exclusion and violence" already faced by these communities. Disappointingly, in India, as recently as last week, the Union Government opposed hearing of the cases seeking recognition of same-sex marriage before the High Court of Delhi on the grounds that these matters were not urgent.

The international jurisprudence around gender is evolving significantly to recognise LGBTQIA+ rights and their inclusion into society at large. India cannot afford to ignore the march of law any longer. As a first step, it would be of significant benefit if same-sex and queer marriages are formally recognized and protected. As such, the continued denial of these basic, civil rights to same-sex and queer couples falls foul of international legal principles as well as Article 14 of the Constitution of India, 1950.

When we look at the developments surrounding the listing of Mx. Oscar Davies in chambers, it is apparent that even the most traditional bastions are beginning to evolve for the better. The Supreme Court of India has held that the recognition of one's gender identity lies at the heart of the fundamental right to dignity. Gender, as repeatedly indicated, constitutes the core of one's sense of being as well as an integral part of a person's identity. Legal recognition of gender identity is, therefore, part of the right to dignity and freedom within the realm of Article 21 of the Constitution of India. Therefore, while enacting and amending new laws, the Union Government would be well advised to adopt the United Nations' best practices of legal gender recognition and uphold the principles of trans destigmatisation, socio-cultural inclusion and anti-discrimination.