Law And Literature; So Far, Yet So Close 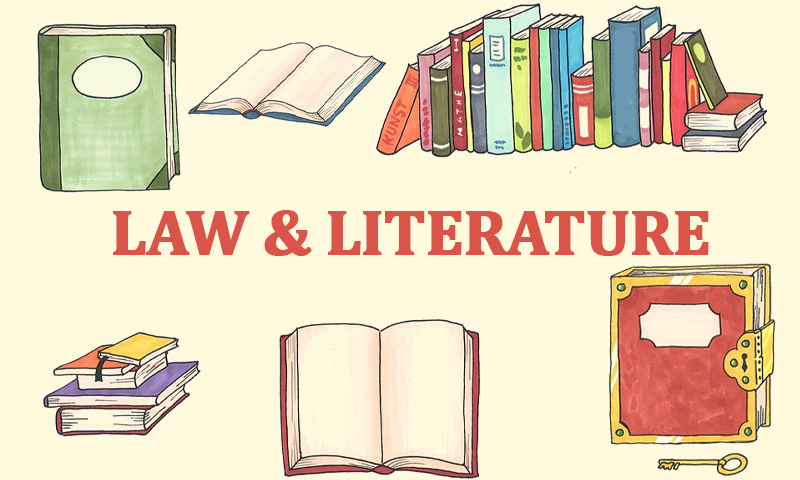 There are many judgments, which used literature to further illustrate an issue, at the same time many literary works which deal with the law as a subject. Law and literature's fervid love affair isn't a new one. Many well-known writers such as Kafka, Tolstoy and looking closer to home, Bankim Chandra Chattopadhyay and Mani Shankar Mukherjee are trained in law- bringing the law into...

There are many judgments, which used literature to further illustrate an issue, at the same time many literary works which deal with the law as a subject. Law and literature's fervid love affair isn't a new one. Many well-known writers such as Kafka, Tolstoy and looking closer to home, Bankim Chandra Chattopadhyay and Mani Shankar Mukherjee are trained in law- bringing the law into the fictional space in a manner that entrenches into the reader's mind. In popular culture, To Kill a Mockingbird (Harper Lee's book), Suits, The People v. O.J. Simpson, are popular examples. Courtroom dramas provide the much-fancied element of drama and thrill- starting from the fact setting to the verdict. This is the reason why law-inspired dramas continue to be popular in India as well, with box-office hits like Rustom, Jolly LLB, Talvar, and most recently Jai Bheem.

The use of law in media plays the indispensable role of making the citizens more legally aware and stirring discussions on issues- that enable us to reflect upon the significance of law in society. The fictionalisation and the graphic details, permit the observance of the law more realistically, helping us to appreciate the nuances of society better. Law and literature both are man-made, for the benefit of humans, taking humans as an end-goal. They deal with the "relationship of humans with the society".

The landmark Aruna Ramchandra Shanbaug vs. Union of India judgment was delivered by a Constitutional Bench including 5 Judges of which, the Chief Justice rendered the leading decision alongside A M Khanwilkar, J. The Supreme Court of India, in the present issue, was approached under Article 32 of the Indian Constitution to take into account the end of the life of Aruna Ramchandra Shanbaug, who was in a perpetual vegetative state. The Chief Justice opens the judgment by taking us through a philosophical voyage with statements on life furthermore, passing running from those by Lord Alfred Tennyson to Dylan Thomas and the antiquated Greek philosopher, Epicurus who comprehended death when he stated,

"Why should I fear death?

If I am, then death is not.

If death is, then I am not.

Why should I fear that which

Can only exist when I do not?"

Epicurus was an ancient Greek philosopher, born to Athenian parents in Samos around 341 BC. According to Epicurus, the purpose of philosophy was to attain a tranquil and satisfying life characterized by freedom from fear and pain which was free and fulfilling.

Epicurus believed that finding a real existence of serene satisfaction without torment or dread ought to be the objective of each life. Epicurus trusted that the one thing that was keeping individuals away from genuinely achieving this accomplishment was the fear of death.

The occupants of ancient Greece lived in steady dread of the rage of the Gods. They saw their human life as a transitory condition. Epicurus trusted that we are so engrossed with dreading passing that we will not recognize life.

What Epicurus said in simpler terms means that death should not concern us till the time we are living, and by the time death comes, we won't be alive.

The Bench of the Supreme Court comprising of Justice MarkandeyKatju and Justice Gyan Sudha Mishra believed that the Aruna was not brain dead. They believed that the right to let someone die is neither our choice nor in the hands of mankind. If such sinful practice is permitted, it will be against the laws of the universe. Aruna could breathe without a ventilator and produced the necessary stimulus. If a person can give completely informed consent and he/she is still not asked, the physician can be booked for assault, battery, or even culpable homicide. The concept of informed consent comes into question only when the patient can understand the consequences of her treatment or had made a declaration under sound conditions. The philosophical prologue given by the Chief Justice highlights the entire underlying theme of the judgment and the issue of Euthanasia which revolves around the fight to have the 'right to die with Dignity' included as a fundamental right within the fold of the Right to Live with dignity guaranteed under Article 21 of the Constitution of India.

Death imprints the finish of consciousness and sensation. This would imply that we would not be able to feel any emotional or physical agony. On the off chance that we will not feel anguish or torment when we perish, at that point, it is absurd to be engrossed with the thought of death. Epicurus trusted that this dread was a deterrent to genuine satisfaction in this lifetime. If we could acknowledge passing, not disregard it or perplex it, yet acknowledge it as the finish of being, at that point we could discover joy in this life.

In another case of N. Ranga Rao and Sons vs. Anil Garg and Ors, Ranga Rao & Sons was a registered partnership firm, engaged in the business of manufacture of incense sticks. They manufactured the LIA range of products which included unique fragrances such as fresh/seashore, nature's gift, and spices. The brand name LIA was stated to be distinctive and arbitrary, unlike other brands, named after Gods or associated with rituals or worship. Anil Garg &Ors., marketed their products under the brand name DIA in cartons identical to that of the Ranga Rao & Sons, in respect of six varieties of LIA. The mark was deceptively similar to that of the Ranga Rao & Sons' mark, both phonetically and visually. There appeared to be a commonality in the choice of names, price, and quantity per pack, theme, and layout, which were beyond mere coincidence. Ranga Rao & Sons contended that the test of an unsuspecting consumer of average intelligence and imperfect recollection be applied and in such a case he would be deceived.

They further contended that the similarity was not merely coincidental but was rather a deliberate act of copying, to confuse customers. The opening lines of the judgment by Justice Sanjay Kishan Kaul read:

"What's in a name? That which we call a rose

By any other name would smell as sweet."

These lines are from Act II, Scene II of Shakespeare's play Romeo and Juliet. In this play, Juliet seems to argue that it does not matter that Romeo is from her family's rival house of Montague, that is, that he is named 'Montague'. The reference is often used to imply that the names of things do not affect what they are. She says, "What's in a name? That which we call a rose, by any other name would smell as sweet." This implies that his family name has nothing to do with their love, and they should be together. Since Capulets and Montagues hated each other, love is forbidden merely due to these names. Justice Sanjay Kishan Kaul in his judgment exclaimed that there is but still a tendency to copy the names because a rose is a rose. According to him, an amalgam of colour combinations, names and logos may create a total identification with a product and the allegation of copying the same has given rise to the present litigation. In this case, the products have different names, but the features were next to identical. If a product has a generic name, it can be used by all the companies but in this case, the defendant's tried to copy the product of the plaintiff and deceive the customers by not only using a similar name but also copying the product line and its specifications which made the plaintiff's company stand out in the first place.

However, like every other seemingly fairytale union, law and literature have a few differences which give them different characters. Literature is not black and white and brings about complex human emotions to its audience. It is personalized and has no set boundary of rules. Literature can challenge the status quo and is limitless. However, that doesn't imply literature is meaningless and serves only entertainment purposes. Some literary works, many of which were picturised into blockbuster movies to reach a wider audience brought out society's plaguing problems and the bitter and helpless lives led by various classes of people. Literature becomes the personal voice of people and helps them connect to their kind. On the other hand, the law does not come with an artistic license. Law has to be clearly defined and logical, with minimum ambiguity to reach its ultimate goal of maintaining order and peace.

Law can be amended from time to time, bringing it in consonance with the present times. Whereas literature is a result of human experiences and human experience is limited to an era and environment. Law can exert power on literature and writers must not violate the laws governing them. Since literature talks about humans, it cannot unreasonably hurt real people in real life (hate speech) and has to respect the boundaries set upon it.