An Ongoing Struggle For Women's Freedoms 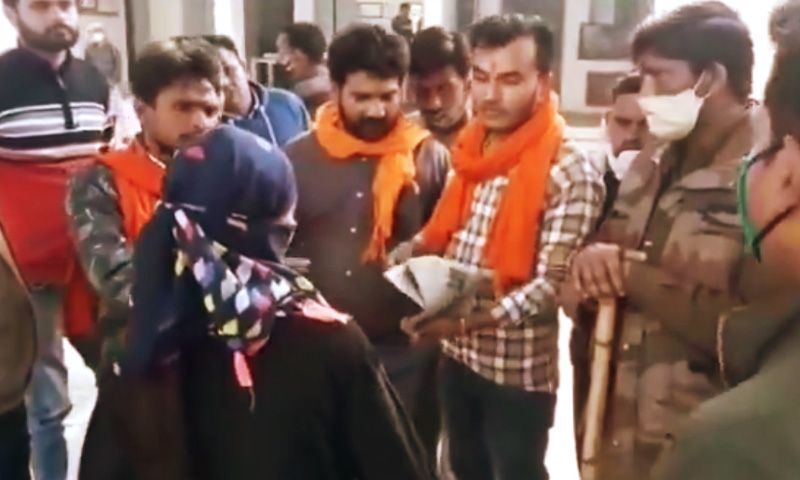 Enactment of 'anti-love jihad' laws across India, not just criminalises love, but robs a woman of her individuality and independent existence. Overlooking their capabilities, the government of today seeks to shatter the choices and freedoms of Indian women by confining them to the domestic sphere, even deciding who to love and live with. Dr. Rukhmabai, India's first...

Enactment of 'anti-love jihad' laws across India, not just criminalises love, but robs a woman of her individuality and independent existence. Overlooking their capabilities, the government of today seeks to shatter the choices and freedoms of Indian women by confining them to the domestic sphere, even deciding who to love and live with.

Dr. Rukhmabai, India's first woman physician, faced something similar in 1885. She was called 'immoral' and 'anti-Hindu' for her bold refusal to cohabit with the worthless, Dadaji Bhikaji to whom she was betrothed in her childhood. The Indian patriarchy led by Bal Gangadhar Tilak protested against her clarion call for the Indian woman's right to choose her partner and declared that:

"The greatest possible care should be taken to guard or watch over women, they are incapable of independent existence both by virtue of their physical inferiority and their situation in life."

Let's reminisce about those unsung Indian women whose aptitudes did not "fit" in well with the sphere men had designed for them and how within their respective chosen spheres they were able to make the highest contributions for humankind.

Gnanjyoti Krantijyoti Savitribai Phule, was one of the first Indian scholars to point out the intersectionality between gender and caste oppression for which she faced widespread harassment from high caste men. In 1854, Savitribai wrote in 'Kavya Phule' that education alone could emancipate women from the shackles of Brahmanical patriarchy.

She along with her life partner Jyotiba and her sister companion and India's first Muslim woman teacher Fatima Sheikh opened a school for girls; conducted the first inter-caste marriage without dowry, Brahmin priests and rituals; protested against the practice of shaving widows' heads; and provided a safe space for pregnant widows and their infants.

In 1881, Tarabai Shinde wrote 'Stree Purush Tulana', a feminist jeremiad when a young pregnant widow faced widespread societal condemnation and was awarded a death sentence for aborting her foetus. She questioned why the society's religious literature and standards of 'morality' and 'purity' were written and interpreted only from the male standpoint and not a female perspective. Even when it came to her private life, Shinde defied societal customs when she and her husband chose to live at her parental home and not bear any children.

In 1887, Pandita Ramabai Sarasvati, the Sanskrit-feminist scholar wrote in her masterpiece 'The High Caste Hindu Woman' that from the womb till the tomb, a female was never considered as 'equal' to a male. She questioned why the elders while blessing a woman proclaim: 'Mayst thou have eight sons and may thy husband survive thee'. For Ramabai, the chief means of women's happiness was their complete independence from patriarchal chains. In her personal life, she fell in love and married a lower caste Bengali lawyer who died too soon leaving Ramabai a widow. But there was no stopping for Pandita Ramabai, she travelled the world and lived a life on her own terms exercising utmost freedom. She converted to Christianity and dedicated her life to the service of Indian women folk.

For most Indian widows life ends after their husband's death but for Kamaladevi Chattopadhyay like Ramabai, life began after widowhood. As a young widow in 1919, instead of living a life of renunciation, she pursued higher education and actively engaged in the freedom movement, politics and theatre. She defied all social and religious mores to remarry a fellow theatre artist, Harindranath Chattopadhyay only to divorce him later due to irreconcilable differences. She single-handedly achieved so much that forget a woman even a man in his lifetime could not have imagined.

As a political leader, women rights activist, entrepreneur and social reformer Kamaladevi persuaded Mahatma Gandhi to include women in the Dandi March; she organised the women engaged in handicraft home-based industries into cooperatives and sought formal recognition for their economic contribution; and fought for the women workers' right to decent working conditions.

In 1947, Dr. Hansa Mehta, India's delegate to the UN and Constituent Assembly member, vehemently argued for amending the opening phrase of the Universal Declaration of Human Rights: 'All men are born free and equal' and replacing it with an inclusive one: 'All human beings are born free and equal'. Her idea was that every human individual who was bound by the law, was entitled to a recognition as well as a voice in its enactment. When it came to the social reformer and educationist's personal life she found a soulmate in Dr. Jivraj Mehta who belonged to the Vaishya community which was lower than her own Brahmin caste.

The stereotypical image of a woman as being dependent and lacking agency was thoroughly defied by the anthropologist, Madhumala Chattopadhyay, who became the first individual in the world in 1991 to achieve the impossible feat of establishing contact with the oldest inhabitants of India- the primitive Sentinelese tribe. She landed on the North Sentinel Island, unperturbed about losing her life at the hands of the world's most isolated and hostile tribe, known to attack anyone trying to access their habitat.

How can the government presuppose that the capabilities- genius, talent, energy and force of mind-which are not permitted to be exercised by women, do not exist at all? The contribution of world's first all-women infantry combat unit, the Rani of Jhansi Regiment in Netaji's Azad Hind Fauj is unforgettable. Bilkis Dadi, the octogenarian activist protesting against state paternalism and the infamous CAA at Shaheen Bagh is a memorable sight!

In 1887, Dadaji Bhikaji filed a case for restitution of conjugal rights. The judge decided the case against Dr. Rukhmabai and ordered her to live with her husband or undergo imprisonment for six months. Rukhmabai bought her freedom from Dadaji for a sum of Rs. 2000. One is left wondering: what is the worth of Indian woman's freedom today?