Mapping The Human Rights And Environmental Perils Of Illegal Coal Mining In Meghalaya: An Analysis 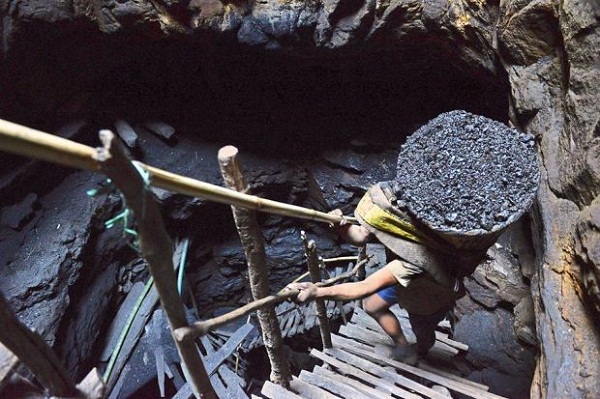 The problem of mining in the North-Eastern region of the country has been incessantly perturbing the ecology over a while now. A year ago, newspapers were flooded with articles pertaining to excessive coal-mining in Meghalaya. However, the sad part was the inability of the state government to tackle the herculean problem which was taking up menacing proportions. The situation became...

The problem of mining in the North-Eastern region of the country has been incessantly perturbing the ecology over a while now. A year ago, newspapers were flooded with articles pertaining to excessive coal-mining in Meghalaya. However, the sad part was the inability of the state government to tackle the herculean problem which was taking up menacing proportions. The situation became so chaotic and grim that the National Green Tribunal had to intervene. The Tribunal's intervention was followed by an imposition of fine of whopping Rs. 100 crores on the state government for its futile efforts in curbing the illicit mining in the region[1]. The amicus curiae of this case reportedly stated that a comprehensive report of a High-Level Committee has been submitted to the government. The said report was formulated under the supervision of NGT Chairperson Mr. AK Goel which addressed the elephant in the room by stressing on the need of a concrete licensing system pertaining to the operation of these coal mines. The report further deliberated upon the callous approach of the government in ensuring a workable license system in this regard. This reckless approach by the coal mining companies landed them in a quagmire when 15 of such miners got trapped Lumthari village of East Jaintia Hills district of Meghalaya which raised ethical as well as health concerns of the people involved. However, it is pertinent to note that the above incident has not been the sole mishappening which degraded the ecological structure of the North-Eastern part of the country.

On 26th January, 2019 a similar news popped up on various social media handles wherein two miners were found dead in Meghalaya[2]. This news reinstated the belief that Meghalaya had become the epicenter of all the problems emanating out of the incessant coal-mining operations in the country. These incidents vividly highlighted the disastrous side of the coal-mining business which has been in vogue since time immemorial. The concept of 'rat-hole' mining emphasizes on the small-scale mining from pots with the help of locally available tools and is considered to be an ecological curse in the contemporary era. The National Green Tribunal of the country has time and again, issued advisories against the use of rat-hole mining but a blind eye and a deaf ear has been turned to the directives of the National Tribunal. This indifferent attitude stems from the callous approach usually adopted in the matters of environmental protection and management. However, the problems emanating out of rat-hole mining are three-fold: firstly, the land is usually dug into 3-4 feet under the ground which can affect the groundwater levels irrevocably; secondly, carrying out excavations under the land can be harmful for the soil pattern as well which consequently affects the agricultural set-up in the vicinity; thirdly, the health hazards attached to the people working in those caves for long hours.

Even the National Commission for Protection of Child Rights (NCPCR) constituted a committee for delving into this problem from a different lens altogether. It has been noted that whenever these profit-hungry entrepreneurs enter into the business of coal-mining, they employ as many children or adolescent adults as they can. The purpose behind this step is driven by their ulterior motive to maximize profits with minimal costs. Children from poor families can be easily procured as cheap labor in developing countries like India. The Committee categorically pointed out that there are six such localities wherein coal-mining companies have employed children of tender age as well. These localities included Bapung, Lakadong, Sutnga, Jarain, Musiang Lamare and Loksi. The erring companies did not adhere to the permissible safety standards and guidelines laid down by the government. These issues raised legitimate concerns across the country and the human rights activists started targeting the government for their inaction in this regard. Unfortunately, the government was in no mood to listen to the hue and cry of the general public. This can be exemplified from the fact that amidst the continuation of the lockdown, the government of Meghalaya allowed the coal-mining companies to start their operations[3]. The government further stated that such coal-mining should be restricted to domestic purpose only and absolute prohibition on exports has been announced. They clarified their stance by stating that no COVID-19 cases were found in the mountainous area and therefore, they saw no hurdle in going ahead with such a notification. This highlights the reckless attitude of the state government towards ecology and health structure of its inhabitants.

These headlines have become the 'new normal' in Meghalaya where one or the other person has been getting affected by illegal coal-mining. However, the government is not taking any adequate action in this regard. There is a dire need to overcome the apartheid that the world itself has created: firstly, against the nature and secondly, against the ordinary people who are told that their lives do not matter at all. In the modern contemporaneous era, a new phenomenon has been witnessed post globalization wherein the state has joined the corporate forces which is essentially, termed as the "corporate state". This is quite similar to the concept propounded by Benito Mussolini in the 1930s. According to Benito, the "corporate state" ends up becoming a fascist state as they start serving the big money and disenfranchise the ordinary people of their rights. As Dr. Vandana Shiva states, "Environment protection and management is a wake-up call to humanity, it is a wake-up call to stop using oil and fossil and going back to the soil of the Earth". She emphasizes that as soon as humans go away from the extractive logic of the fossil fuel to circulatory logic of returning carbon to the soil, things would perfectly fall into place. Lastly, the authors shall not be providing the readers with straightjacket solutions pertaining to the problem in question. Instead, they would like to leave the door ajar for the readers to contextualize the problem and carve out best solutions for the problem in hand.