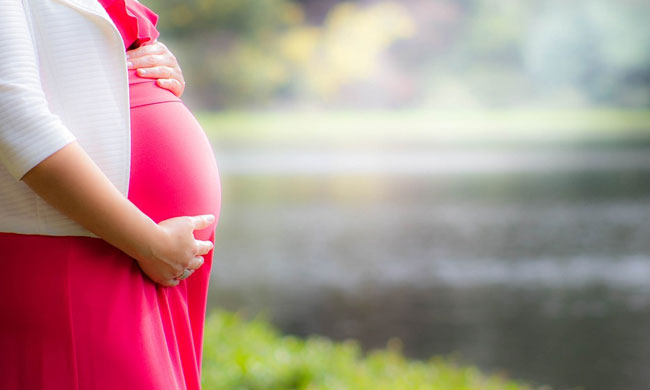 Recently the Supreme Court modified the 15 July Order of the Delhi High Court, by granting the Petitioner her right to terminate her ongoing pregnancy of approximately 24 weeks. The stance of the 3-Judge bench of the Supreme Court has rightly used a liberal interpretation of provisions of Clause (c) of Rule 3B under the Medical Termination of Pregnancy (Amendment) Act 2021 (MTP 2021)-"change of marital status during the ongoing pregnancy (widowhood and divorce)"- to include unmarried women within its ambit, having the right to terminate their pregnancy. By doing so, it has reinforced the need to keep the principle of bodily autonomy of the woman at the heart of the abortion rights debate. This approach is also a much needed reminder of the critical role of judges in giving meaning to the words in a legislation to impart justice.

Further, the termination of pregnancy can be carried out considering two overarching factors:

Explanation to S.3 (2) (a) states that "where any pregnancy occurs as a result of failure of any device or method used by any woman or her partner for the purpose of limiting the number of children or preventing pregnancy, the anguish caused by such pregnancy may be presumed to constitute a grave injury to the mental health of the pregnant woman."

With regard to S.3 (2) (b), Rule 3B in the MTP (Amendment) Rules 2021 provides for specific categories of women who are eligible for termination of pregnancy up to twenty-four weeks including those who have had a "change of marital status during the ongoing pregnancy (widowhood and divorce)." In this manner, it exempts those women who have undergone a change in their marital relationship during the said pregnancy; the question that has arisen here is whether an unmarried woman can be included under this provision or not.

The Delhi High Court used a restrictive interpretation of Rule 3B (c) and stated that Section 3 (2) (b) was not applicable to an unmarried woman. However, the Supreme Court of India adopted a purposive interpretation approach towards the provision, by focussing on the "purpose and object which is sought to be achieved by Parliament" when enacting the said statute. The judicial approach of purposive interpretation is arguably a desirable approach for courts in India to adopt, especially in matters concerning womens' rights to reproductive choice which is a dimension of "personal liberty" under Article 21 of Constitution.

Justice A.K. Sikri, former Supreme Court Judge eloquently stated in the context of statutory interpretation- "No doubt, the Legislature makes the law, however, while enforcing that law by applying the same in a given case; it is the Judge who states, by interpretative process, what actually the law is. It is therefore a myth that a Judge merely states the law and does not create it. The reality is that, while interpreting a statute and declaring what the Legislature meant thereby, Judge is the final arbiter in deciding as to what law is. So, what is interpretation of law? It means the extraction of legal meaning from semantic meaning, the translation of 'human' language into 'legal' language. An interpretation system must resolve the relationship between text and context, words and its spirit." Therefore in cases such as the present one, where the impact of the decision would directly violate the Petitioner's right to personal liberty, to lead a life with dignity and to privacy under Article 21 of the Constitution, it was imperative for the Court to delve deep into the intent of the legislators for passing the MTP (Amendment) Act 2021, to ensure that complete justice is imparted.

For instance, in the Lok Sabha parliamentary debate for passing the MTP (Amendment) Bill 2020, law makers emphasised on the Amendment's purpose towards ensuring access to safe abortion for women; as well as the privacy and confidentiality of women for seeking an abortion. Specifically on the Explanation to S.3 (2) (a), they saw the inclusion of single women in the Amendment as relaxing "one of the regressive clauses of the 1971 Act, i.e., single woman could not cite contraceptive failure as a reason for seeking an abortion." They did raise concerns about the misuse of the provision only about forced abortions by the pregnant woman's partner, which would only enhance the emotional trauma for the woman, as well as concerns regarding abortions for the purpose of female foeticide, which were all reasons for the benefit of the pregnant woman. However, there was no mention of excluding unmarried women from accessing safe abortions, which goes to show that the Amendment was passed keeping the woman's health and well-being at the heart of it. In fact, the discussion was progressive enough for one of the law makers to point out that the Bill was failing to consider abortion as a "fundamental right" instead of making abortion laws "doctor-centric". One of the legislators emphatically stated "at the heart of this Bill lies a philosophical question which is: Should women have total control over their bodies? In the year 2020, the answer must be an emphatic yes." There was a great deal of discussion about dearth of trained doctors to carry out safe abortion, especially in smaller towns and villages, reflecting the importance given to access to safe abortion for women in India. In addition, the need for abortion laws to apply to "pregnant persons" instead of just "women" was also highlighted in order to include "inter-sex" and "gender-diverse" persons.

Given the length and breadth of parliamentary discussions for making the statute as inclusive as possible, its astonishing how the Delhi High Court Bench paid no heed to the intended purpose of the said statute. Additionally, the judges did not even engage with the issue of infringement of the Petitioner's fundamental right under Article 21 when excluding her from accessing an abortion. The Supreme Court 3-Judge Bench on the other hand correctly discussed the Supreme Court's judgment in Justice K.S. Puttaswamy (2017) amongst other case law, which clearly states that "the decision of a woman to procreate or abstain from procreating has been recognized as a facet of her right to lead a life with dignity and the right to privacy under Article 21 of the Constitution." Pointing to the judgment of S Khusboo v. Kanniammal (2010) 5 SCC 600, the Bench reiterated that live-in relationships have been legally recognised by the Supreme Court, and the exclusion of an unmarried woman from such a provision violates her "personal autonomy and freedom."

The Road Ought To Be Taken

The Supreme Court has paved the way for using purposive interpretation as a judicial approach in cases regarding women's reproductive rights. The oral remarks of the Delhi High Court Bench in passing the Order in this case point to the apathy often displayed by judges towards the trauma, discrimination and stigma attached to single pregnant women in India, which requires urgent reflection on the part of the judges as well. Finally, in matters of reproductive rights of women, amongst other cases, judges must fulfil one of their most important roles- that of "bridging the gap between law and society."

The author is an independent researcher . Views are personal.