Ministry Guidelines On Levy Of Service Charges In Hotels & Restaurants : How Far Advantageous To Consumers 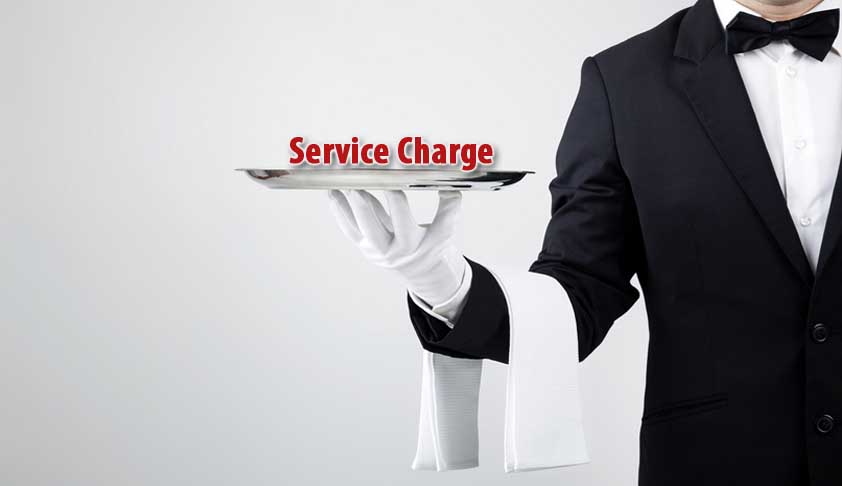 How Far Advantageous To Consumers

The Notification by the Ministry of Consumer affairs issued on 04.07.2022 in the form of Guidelines are meant to stop levy of service charge by the Hotels and restaurants in the bill while customer avails service by visiting at their premises.

The question arises here as to whether guidelines in this form are really of any help to consumers and serve any purpose? We need to go back to the similar Guidelines issued in the year 2017 also on 21st April when CCPA was not formed and guidelines were issued by Ministry under the signature of Dy Secretary to the Government of India. This time CCPA under its power under section 18(2) of the Consumer Protection Act 2019 has done the same act with the similar guidelines.

In the earlier Guidelines of 21.04.2017 observations by Ministry was as hereunder-

Due to above observations Ministry had issues following guidelines –

The above Guidelines were found absurd by many consumer luminaries and were criticised for the reason service charges were made optional /voluntary. It is not clear from the language whether it is voluntary to put in bill or voluntary to pay by the customer .But Hotels / restaurants are guided to keep column blank meaning thereby column can be very much there

Now coming to the new guidelines the same observations are made that Hotels /Restaurants are levying service charge in the bill by default without informing consumers that paying such charge is voluntary and optional.

Further emphasis given that aforesaid guidelines shall be in addition to and not in derogation of the guidelines dated 21.04.2017

The bottom line of the present Guidelines are-

Legal repercussion of the above can never be any redressal from the court of law if at all consumer prefers so. First, it is guideline with less legal force and above that option to levy or pay service charge is not clear whether this option is to the htel /restaurant or to the customer . Most of the consumers do not know they have option to refuse and if some refuse, they can be obliged by not taking such charge and matter ends

It's just no relief .One fails to understand why any option again when GST system is now prevailing as one time tax for everything.

Further any legal manual should be very specific, clear in terms of implementation and should not be narrative which could lead to more than one meanings. In both the above guidelines there is unnecessary presumption of tip by way of service charge when issue is limited –levy of Service charge . It is also mentioned in both the guidelines that some hotels restricted the entry if customer is unwilling to pay service charge which sounds untrue. How can an hotelier know that this particular person entering will not pay service charge at the end when bill is given? Such narrations cannot be the part of manual like document.

Further in both the guidelines one thing is commonly said that there is no restriction on cost of food items, hence service charge not desired but at the end it is said optional /voluntary.

Here it is very relevant to quote the views of SC from its judgments in the matter of the Federation of Hotels and Restaurants Association of India & Ors Versus Union of India & Ors. Again in the year 2009 in the matter of Delhi Gymkhana Club Ltd V Union of India elaborating the scheme and law in detail. The question raised in the year 2007 in the case of Federation Of Hotels & Restaurants Association Of India & Ors V/S Union Of India was as to whether it is permissible for the hotel to charge their customers any price above the maximum retail price mentioned on the mineral water bottle .The court held in clear terms that charging price for mineral water in excess of the MRP printed on the packaging ,in the provision of service to the customers does not violate any of the provisions of the standards of weights and measurement act as it does not constitutes a sale or transfer of the commodity to them .Billing by hotelier/restaurant for service and goods is one and indivisible. It is further elaborated that a customer when enters a hotel or restaurant ,it is not simply to make a purchase of these commodities .His direct purpose of going therein is more than this-it is to enjoy its ambience ,hence held NO for courts to interdict the sale of bottled mineral water.

The most important part of the above judgments is that Billing by hotelier/restaurant for service and goods is one and indivisible. Hence there is no question of optional service charge ,this is the law explained by Supreme court as back as in 2009

Hence Guidelines are absurd, not specific and difficult to implement

The author is an Ex –Member of Consumer Commission and views are personal.