Mistrust About Virtual Courts Can Be Resolved Through Humility And Compassion 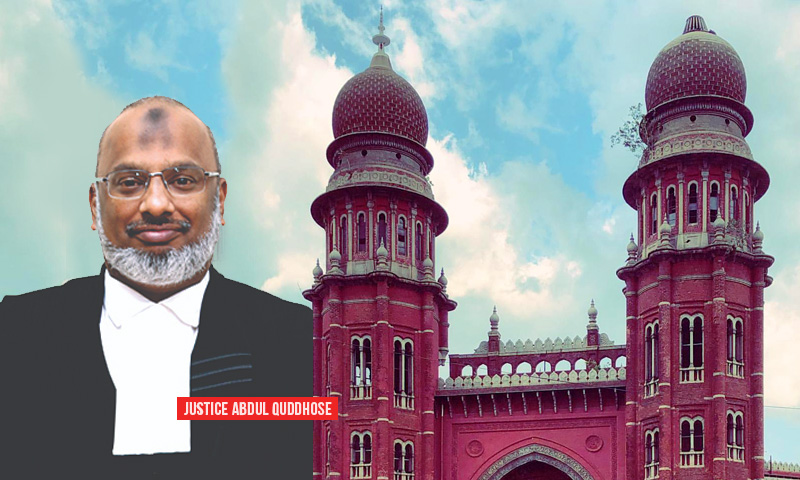 The World is facing an unprecedented crisis by the COVID-19 pandemic. Ever since the pandemic, day in and day out, we have been getting scary news about this deadly virus. Some are true and some are not. The social media has also aggravated the problem by sometimes spreading fake news. People don't know which news is true and which is not. They sometimes believe the false ones...

The World is facing an unprecedented crisis by the COVID-19 pandemic. Ever since the pandemic, day in and day out, we have been getting scary news about this deadly virus. Some are true and some are not. The social media has also aggravated the problem by sometimes spreading fake news. People don't know which news is true and which is not. They sometimes believe the false ones and ignore the truth. Health experts also give different opinions about the magnitude of the crisis. Some say, the infection is like a normal viral infection and there is nothing to worry about. However some experts by their scary advices make us panic stricken. The pandemic has indeed thrown the world topsy turvy. As on date, no one has found a permanent solution to this unprecedented crisis. Only by trial and error method, Governments all over the world are trying to find a solution to control this deadly virus. The medical experts are burning the midnight oil to find a vaccine for this deadly virus but we don't know when that will happen. Already we have seen many people lose their lives and at the same time we are also witnessing alarming increase of infected persons. The sufferings of the people especially the poor and the downtrodden are unimaginable. There are untold miseries as well. Many people have already lost their jobs and some of them have also not been paid their salaries by their employers during this pandemic. This has resulted in suicides happening on daily basis. The miseries suffered by the humanity by and large as reported in the media makes us all teary eyed. The uncertainties of this pandemic has also aggravated the panic in the minds of the people. Nature has tamed the humans through this pandemic and has indeed taught us a lesson that we are fallible. Chief Justice John Roberts of the U.S told graduating seniors at his Son's high school recently that the Coronavirus has " pierced our illusion of certainty and control" and he counseled the students to make their way with humility, compassion and courage in a World turned upside down. An invisible creature in the form of virus has overpowered without discrimination the entire World including the so called super powers.

The pandemic has brought the world economy down as it has hit every sector of the society. The legal profession is also badly hit without exception. Bar and Bench are two sides of the same coin. One cannot be without the other. As part of the judicial family, the Bench cannot be indifferent to the concerns of the bar and vice versa in this hour of crisis. The Bar not alone represents the lawyers fraternity but also represents the litigant public for whose interest the doors of justice are always kept open. It is a matter of concern that the nationwide lockdown has brought to the fore the great disparity and the problems faced by the legal profession. The most affected are the junior members of the bar and independent practicing advocates who are dependent on their daily professional income for their livelihood. The vast majority of the Advocates who are suffering financially are in the lower courts who function on a case to case basis for their regular income. Despite the various initiatives taken by various Bar councils , Bar Associations and philanthropic Senior Advocates to provide financial assistance in this hour of crisis, the distress of the Advocates cannot be completely wiped out because the magnitude of the crisis is huge. The period of uncertainty also adds fuel to the fire for the distressed lawyers and litigants.

Under Article 51-A(g) of the Constitution, it is the fundamental duty of every Citizen to protect and improve the natural environment including forests, lakes, rivers and wild life, and to have compassion for living creatures. Therefore, Compassion is not alien to Indian Courts or to the Constitution of India. In this hour of crisis, it will not be proper if Courts take an unilateral decision as to how the courts should function during a lockdown. This is the reason why regular consultations take place between all the stake holders during this period of the Pandemic. During this pandemic, the stake holders are judges, Lawyers, medical experts and the staff of the judiciary. The lawyers represent their interest as well as the interest of the litigant public whose interest is of primary concern to the judiciary. All the stake holders must reach a consensus, act in unison and see to it that courts function smoothly. The only solution for reaching a consensus between the stakeholders is through humility, compassion and persuasion. If every stakeholder shows compassion and understands the concerns of the other, experience has taught us that we can reach a consensus. Courts are one of the main pillars of a democracy. Without Courts, democracy will fail. In order to help in the uninterrupted functioning of the Courts, technology has helped us with video conferencing. Though Laptops/Ipads/Smart phones have not reached the households of each and every lawyer in the country, the haves far outnumber the have nots. Even for the have-nots, facilitation centres can be arranged for video conferencing facility. Therefore the pandemic can never be an excuse for complete shut down of courts. However the judiciary understands that there are connectivity problems in some areas but we are confident that it will be sorted out soon as necessity is the mother of invention. The Supreme Court and the High Court e-committees through their coordinated and concerted efforts have put in their best efforts after due consultation with various stake holders for the seamless functioning of the courts through video conferencing. The Bar need not be despondent about video conferencing. All the stakeholders must put in a concerted effort and give it their best try for the smooth functioning of courts through video conferencing during the period of pandemic. When computerization was introduced during the beginning of the post liberalization era in the early 1990's, there was stiff opposition and resistance but by the passage of time Computer and Smart phones have now become a necessity and we can never imagine that we cannot be without it now. In the same way, in this hour of necessity, video conferencing should be given the best try at least during the period of the pandemic. We are all confident that with the concerted efforts of all the stakeholders video conferencing will be a great success and the untold hardship and misery of the Lawyers and the litigant public in this hour of crisis will be put to rest.