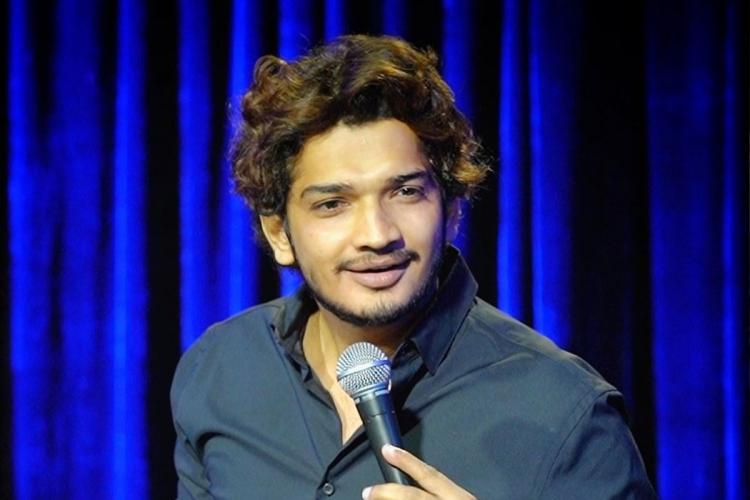 x
Having regard to the ingredients of the offence created by the impugned section, there cannot, in our opinion, be any possibility of this law being applied for purposes not sanctioned by the Constitution- Supreme Court on S.295A IPC in Ramji Lal Modi v. State of U.P [(1957) S.C.R. 860]

The dangerous curtailment of comedian Munawar Faruqui's personal liberty must prick at our collective conscience. It is bizarre that the State argues against granting bail while the Indore Police Chief, Vijay Khatri admits that the only evidence-based on which the young comedian has been jailed is the word of the complainants. The Police do not have any video evidence as Munawar had not...

The dangerous curtailment of comedian Munawar Faruqui's personal liberty must prick at our collective conscience. It is bizarre that the State argues against granting bail while the Indore Police Chief, Vijay Khatri admits that the only evidence-based on which the young comedian has been jailed is the word of the complainants. The Police do not have any video evidence as Munawar had not even started his show or uttered any jokes. As it stands today, a young comedian is languishing in prison for jokes he had not yet uttered. One of the crimes he has been accused of is 'deliberate and malicious acts, intended to outrage religious feelings of any class by insulting its religion or religious beliefs' under Section 295A of the Indian Penal Code. In this context, I have analysed the applicability of this Section and I argue that even the jokes made by the comedian in the past in other shows do not meet the required threshold to attract this provision of law.

Section 295A of the IPC states that-

"Deliberate and malicious acts, intended to outrage reli­gious feelings of any class by insulting its religion or reli­gious beliefs.—Whoever, with deliberate and malicious intention of outraging the religious feelings of any class of[citizens of India], [by words, either spoken or written, or by signs or by visible representations or otherwise], insults or attempts to insult the religion or the religious beliefs of that class, shall be punished with imprisonment of either description for a term which may extend to [three years], or with fine, or with both.]"

In a religious and sensitive country like India anything can be interpreted to be an insult to someone's religious beliefs. However, criminal law cannot operate to curb free speech and liberty in order to protect the religiously sensitive kind. The applicability of Section 295A came up before the Supreme Court in the 1957 Ramji Lal Modi v. State of U.P. In this case, the constitutionality of Section 295A was challenged. However, this case came up before the Court, post the 1st Constitutional Amendment, which introduced reasonable restrictions in Article 19. Therefore, it was difficult for the Court to strike down the law as unconstitutional. However, the Court clarified that-

The Supreme Court in Shreya Singhal [AIR 2015 SC 1523] has argued that while Ramji Lal Modi did not strike down Section 295A, the impugned provision was read down to mean that aggravated forms of insults to religion must have a tendency to disrupt public order. More recently, in the Mahendra Singh Dhoni Case [AIR 2017 SC 2392], the Supreme Court reiterated that in Ramji Lal Modi "emphasis has been laid on the calculated tendency of the said aggravated form of insult and also to disrupt the public order to invite the penalty."

The established precedents clearly indicate the following. Firstly, 295A does not penalise every act of insult. Secondly, deliberate and malicious intention of outraging religious feelings must be proved. Thirdly, only aggravated for of insult to religion is punished. Lastly, the aggravated form of insult must have a tendency to disrupt public order.

To argue that mere jokes on Hindu Gods and Goddesses by a comedian is an aggravated insult that tends to disrupt public order is to sound the death knell of free speech in Madhya Pradesh. The lavish praise for the complainants by Mr. Khatri is symptomatic of the destruction of liberties in favour of majoritarian appeasement. This incident is a clear misuse of Section 295A and such wanton misuse will only encourage the law enforcement to continue to over-react to the sensitivities of the insensitive majority.

SOLUTIONS TO PREVENT MISUSE OF S.295A

Recently, in 2016, the Supreme Court rejected a constitutional challenge to Section 295A in Ashish Khetan v. Union of India. It does not seem like the courts will be able to provide any solution to the problem of misuse, since they have not been keen on reviewing the constitutionality of the impugned provision. The Court can only provide certain safeguards like they did in Mahendra Singh Dhoni case, wherein the Court sounded a word of caution by stating that "…Magistrates who have been conferred with the power of taking cognizance and issuing summons are required to carefully scrutinize whether the allegations made in the complaint proceeding meet the basic ingredients of the offence…"

Apart from certain guidelines, the only real solution is for Parliament to amend the law in the following manner. Firstly, the interpretation provided by the Court in Ramji Lal Modi must be explicitly recognized by the text of the law. Only in cases of aggravated insult which tends to disrupt public order, can Section 295A be attracted. Secondly, there must be an application of a judicial mind before the case is registered. However, this might be difficult especially when judicial minds are so few and so burdened in this country. Therefore, in the alternative, complaints under this Section must be registered only by senior police officers, once they are satisfied that all conditions are met. This might not completely stop the misuse, but it will bring about a more accountable system.

The article was first published here.