My Lords Have Offered Us Eden, But Will We Take It? 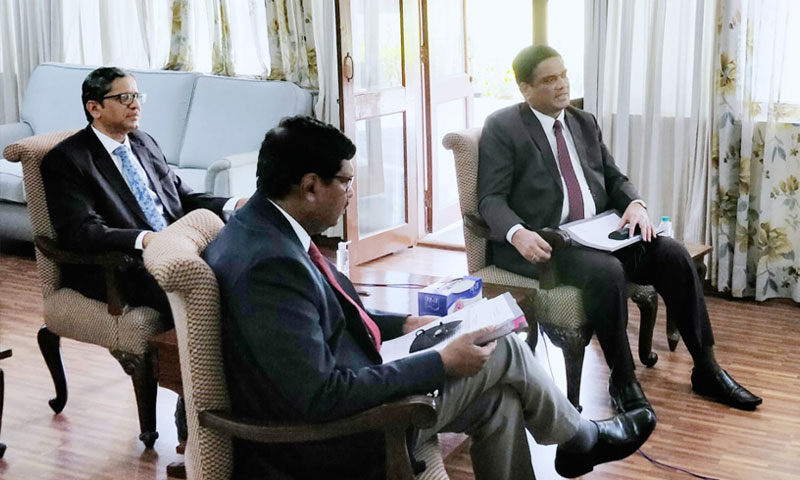 As the initial excitement of having absolutely nothing to do slowly started turning into a surprising and unexpected want to go back to the ways of the practise, I realized that it may never be the same again, and shouldn't. The Pandemic has done more for the environment than any PIL or Judge could, despite trying. We are saving on paper more than ever, thousands of lawyers aren't having...

As the initial excitement of having absolutely nothing to do slowly started turning into a surprising and unexpected want to go back to the ways of the practise, I realized that it may never be the same again, and shouldn't. The Pandemic has done more for the environment than any PIL or Judge could, despite trying. We are saving on paper more than ever, thousands of lawyers aren't having to travel all over courts like they do every morning and frivolous petitions, which make up a large chunk of litigation in our country, are being kept at bay. With the Supreme Court spearheading the nation's move towards formalized strategy to work over the Internet, without having the need to crowd the courts once again with lawyers, confused interns and anxious litigants, I truly hope this change is here to stay.

I have thought in these two weeks how we lawyers, as officers of the court and citizens of this country concerned about law and order, can facilitate this giant leap taken by Supreme Court become a permanent feature rather than a mere ancillary measure to an exigency. The current way of working within the Pandemic should ideally be the norm, especially on "Regular" days at the Supreme Court, with a designated time slot for miscellaneous matters and thereafter, regular matters to be heard patiently, and without adjournment, from the comforts of our home/office. It would not only save millions in costs, but it would also save the court valuable time that it hitherto did not have. It would allow the court to be structured like never before and actually instill some discipline amongst the serial adjournment seekers and the ones who take up the court's time ad-nauseum.

Another positive offshoot to this would be the court being able to sit for an extended period of time, rather than the regular 1030 am to 4 pm as we have come to robotically attune ourselves to. The travel time of about an hour each side can be added as court hours, with the judges easily being able to accommodate the added hours with the time saved. This would again, help in trimming some of that bulge of the ever-increasing pile of files our overworked judges have to read through.

The Solicitor General recently wrote a piece on the venue where the courts convene and the inapplicability of "coram non-judice" to this novel idea of holding court through use of technology. I wholeheartedly welcome such a move by one of the highest legal functionaries, as it shows the government, being the largest litigant in the country, is also keen on accepting this change. What I can only hope for and am unfortunately apprehensive of, is how to ensure this lasting change and new regime is accepted by the biggest stakeholders -us.

We Lawyers typically have our day cleaved into two lives – 9 am to 5 pm is at court including travel, and the latter half, usually 6 pm to 9 pm being dedicated to the chamber. What happens a lot in these 12 hours, despite availability of internet and infrastructure at the Supreme Court, is a lot of time wastage for lawyers. Endless wait on cases, the unpredictability of time taken by the judges in patiently listening to litigants, endless wait if a Passover is sought and taken while twiddling thumbs for the Senior Counsel to grace the court with his presence.

This novel and bold move of having video-conferencing, from the comforts of one's chamber/office, would de-necessitate the daily rigours of court like the endless wait, the running around from court to court, since each case will have a time fixed, and thus, if the senior counsel is conflicted, there would be no option but to engage another, or better still, appear yourself. This new policy should bring with itself a strict no-adjournment policy by the court for unavailability of counsel. This would in turn, have a lasting impact on other advocates who do not get as much work because the bulk of it is taken by the elite few, leaving scraps for others to hope for.

It would also allow us lawyers to most effectively use our time in chamber/office and maximize output, since the earlier 9 am to 5pm time spent in court, where effectively one would, if lucky, be productive for a maximum of an hour (not counting the elite crew of seniors, again). This could, with time, make us understand that while the law may be the mistress who takes up all our time, we actually can have a life away from this mistress, without the jealousy. Mental health amongst lawyers is often undiscussed because of a lack of any solution to the high-paced, stressful and high stakes profession it is, and many a time we lawyers underestimate the toll this takes on our bodies, mind and soul. We are often chided by other professionals for still being in school, due to the summer and winter breaks, but they don't realise the toll an average 12 hour day, plus reading and preparation time for the next day, takes on us. Social life, family and friends have all been renounced across the board for us through the years, and very quickly, even as junior advocates, we realise the permanence of our routine. Success comes at a very high personal cost for most, and it is this personal time that we crave and not have enough of. This change in functioning of the court, through technology, can finally break the wheel, give us all time to focus on life's other aspects, family, friends and society.

These thoughts are fact, a word this entire fraternity is out to prove, one way or another. These facts of environmental impact, mental health of advocates, time wastage, the practise itself leading to piling dockets, are all facets of our daily lives which can finally change with this simple, novel move, if we accept it in letter and spirit, and don't fall for the temptation to go back to the old ways that seem convenient, but were an unseen scourge all this time.

Zeeshan Diwan is a Delhi based lawyer.