To Bail or Not to Bail? 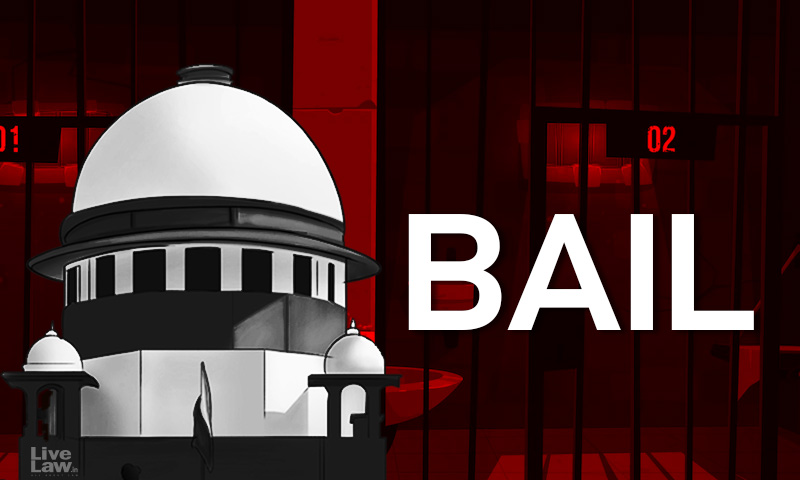 There are 4,88,511 prisoners lodged in a total of 1,306 prisons in India, as per a 2020 report by the National Crimes Bureau. The occupancy rate of prisons in the year 2020 was 118%. The Law Commission in its 268th Report noted that nearly 67% of the prison population is undertrials. Notably, the global median for undertrials is only 27%.[1] This makes the need for restructuring the law...

There are 4,88,511 prisoners lodged in a total of 1,306 prisons in India, as per a 2020 report by the National Crimes Bureau. The occupancy rate of prisons in the year 2020 was 118%. The Law Commission in its 268th Report noted that nearly 67% of the prison population is undertrials. Notably, the global median for undertrials is only 27%.[1] This makes the need for restructuring the law on bails very pressing.

Any practising advocate on the criminal side will tell you that whether bail will be granted or rejected "depends on the facts of the case". The truth is that no one knows how the judge will consider your bail application because there has been consistent inconsistency in the bail system. This has led to considerable challenges for prison administration, the criminal justice system, litigants, the accused and the victims as well.

Given the low judge population ratio, many times bails are granted or denied mechanically due to the heavy caseload on judges. This is very problematic. Pre-trial detention poses a threat to the legal principle of presumption of innocence of the accused. On the other hand, the grant of bail without due consideration can hamper the investigation and lower the perception of the criminal justice system. Hence, the Supreme Court's recent Judgment in Satender Kumar Antilv. Central Bureau of Investigation (SLP Criminal No. 5191 of 2021) has flagged a very important issue in the criminal justice system i.e. the need for streamlining the law on bails.

Satender Kumar Antil v. Central Bureau of Investigation (SLP Criminal No. 5191 of 2021) ("Antil") reminds the government of this issue by directing the Government to consider the introduction of a separate enactment – a Bail Act. In Antil (Supra), the Supreme Court took note of the continuous supply of cases seeking bail on the basis of a wrong interpretation of Section 170 of the Code of Criminal Procedure (the "Code"). Much has been written about the Judgment already. As such, this article focusses on what should such a Bail Act include in order to stop the criminal process from becoming the punishment?

A Bail Act should contain adequate and practical guidelines for the investigating agencies and the courts. In my opinion, "practicality" is one aspect that is grossly overlooked while legislating enactments. There are so many legislations that have lofty goals that they want to achieve on paper through mechanisms which could work well, but don't work well, because the criminal justice system is so broken. Even Former CJI Ramanna said that the process is punishment in India's criminal system.[2] As such, the Bail Act must take into account the severe infrastructural scarcity and the judge population ratio into consideration.

The Act should focus on parameters which justify detention rather than justify a release. This is necessary to ensure that the Act reflects the philosophy of the Constitution and the criminal law i.e. the right to life and personal liberty and the presumption of innocence. This itself may reduce litigation, as the burden of approaching courts to seek bail will be reduced on citizens. The onus will shift on the investigating authorities to seek detention.

In order to reduce litigation that may arise from the Bail Act, there must necessarily be accountability measures within the Act itself. There should be provisions requiring reasonable application of mind by the investigating authorities before seeking detention. The language of the Act should not be complex. The legislature should consider modernizing the legal language used in the Act, so that the Investigating Officer is able to understand it, and the accused is not disadvantaged.

A very interesting report[3] in Australia has suggested that the expression "grant of bail" is a hangover from common law. The word "bail" carries the connotation that liberty is something which is bestowed by the state. This cements the mindset of the society that bail is a privilege which alleged criminal conduct does not deserve at the trial stage. The Report suggests replacing the word bail with "release pending proceedings" and rejection of bail can be termed as "detain pending proceedings". After all, we subconsciously internalize norms that our language reflects. This suggestion is line with the principle of innocent until proven guilty.

For Category A, ordinary summons should be sent after filing of the chargesheet. If the Accused does not appear then bailable warrants may be issued. Non Bailable Warrants ("NBW") may be issued on the failure of accused to appear, however, they can be cancelled without insistence of physical appearance if the accused gives an undertaking to appear physically on the next date of hearing. NBW may also be converted to bailable warrants if an application is moved by the accused.

For Category B and D, the Supreme Court has advised that the bail of the accused will be decided on merits on the appearance of the accused in court.

For Category C also, the Supreme Court has advised that the bail of the accused will be decided on merits on the appearance of the accused in court in accordance with the special laws that the proceedings are under such as NDPS S. 37, 45 PMLA, 212(6) Companies Act 43 d(5) of UAPA, POSCO etc.

As regards, economic offences the Supreme Court reiterated the directions given in Sanjay Chandra v. CBI (2012) 1 SCC 40 - that seriousness of the charge and severity of punishment – both will be taken into account while considering an application for bail by the accused.

Drawing up Schedules in the Bail Act on the basis of the categories given above can bring more consistency in bail law. It will be a step towards what can be called 'semi automating' the system.

The issue With Bail Bonds

Another problematic issue is that of monetary bails. Where nearly 22% of the population is below the poverty line, money often becomes the determining factor between personal liberty and jail. This can be inherently unfair. The Bail Act must be tailored to the socio-economic aspects of India. Perhaps, a system of only having sureties without the requirement of money can be devised? Perhaps, bail must be granted in petty offences by default and the onus should be on the investigating agency to move an application for arrest due to the necessity of custodial interrogation. These are questions that the legislature must debate.

Factors That Should Determine When An Arrest Is Necessitated

Section 41 of the Code lays down circumstances when police can arrest without a warrant from the magistrate. The arresting officer has to exercise his own discretion in confirming whether the conditions laid down in Section 41 are met. These factors are whether any cognizable offence has been committed, has a reasonable complaint been made, or credible information been received, or a reasonable suspicion exists that the person whose arrest is being made has committed a cognisable offence.

At present, the only check available against a person who misuses his power of arrest can be found in Section 220 of the Indian Penal Code – "Commitment for trial or confinement by person having authority who knows that he is acting contrary to law". It is a bailable and non-cognizable offence. However, this covers only malicious or corrupt arrests, and not erroneous or unjustified arrests. The writ of Habeus Corpus can be considered another remedy to review the lawfulness of an arrest. But these are not inbuilt mechanisms of accountability in the CrPC.

The legislature should clearly delineate the power to arrest from the justification to arrest. Arrests can cause great harm to the reputation and self-esteem of a person. The Aryan Khan case is a glaring example of this. Aryan Khan was arrested by the Narcotics Control Bureau on 7th October 2021 for alleged possession of illegal drugs. The Magistrate remanded him to judicial custody.

His first bail application was rejected on 8th October 2021 by the Sessions Court on the grounds that it is not maintainable. Aryan Khan moved his second bail application before the NDPS Special Court. On 20th October, 2021, the Application was rejected inter alia on the grounds that the WhatsApp chats showed that Aryan was dealing in 'illicit drug activities'. The Bombay High Court overturned both the judgments passed in his bail applications and granted him bail observing that there was nothing objectionable in WhatsApp chats.

Aryan Khan was released on 21st October 2021 after 25 days of incarceration. After his release, Satish Maneshinde who was one of the lawyers representing the accused said that Aryan Khan is fortunate that his father could afford good legal representation. There are thousands who cannot afford a lawyer and languish in jails.[4] Astonishingly, in 2022, the NCB dropped all charges against Aryan Khan for lack of sufficient evidence and the government directed an inquiry against the investigating officer in this case for carrying out a "shoddy investigation". In these circumstances, the denial of bail by two lower courts seems to be very questionable.

The Bail Act needs to strike a balance between police accountability and police effectiveness in fighting crimes. A potential starting point for this should be an analysis of data on police activities such as arrests, search, seizure etc. The United Nations Office on Drugs and Crime[5] has laid down some key features of the most successful external oversight mechanisms on police. An external agency to check police accountability can be established. The external agency should have full investigatory powers similar to those of a police investigator with regard to police actions. The external agency should be sufficiently funded and have hierarchical independence from the police. It should be created through legislation and not through an executive order. Accountability with regard to unjustified arrests can begin with the police stations reporting deaths in police custody to this external agency.

Furthermore, cogent guidelines need to be laid down to justify an arrest. Cases where the accused is a repeat offender, has committed a grave offence or is very likely to abscond need to be differentiated from the rest of the cases, in terms of powers of arrest. Several such guidelines are already in place through various judicial pronouncements. The reasonableness of the arrest, bona fides and genuineness of the complaint must be recorded in writing by magistrates. The Magistrate must satisfy himself that arrest is necessary for a proper investigation of the case. What the Bail Act needs to do is make the guidelines within it binding by fixing the accountability of the arresting officer in case they are flouted. Moreover, accountability has to be immediate. A delayed disciplinary inquiry will not act as a deterrent.

The author is an Advocate on Record in the Supreme Court of India. Views are personal.