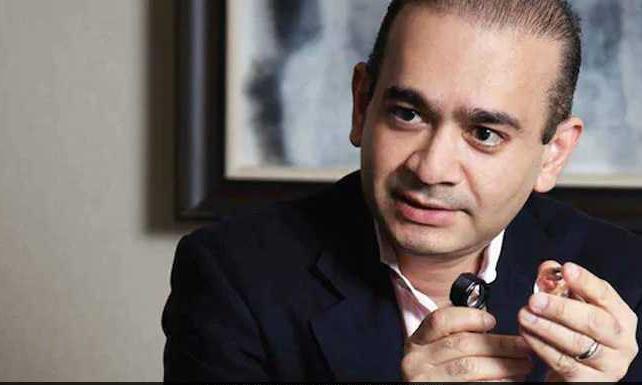 India's record of prosecuting fugitive offenders who have taken asylum in UK is a matter of concern. The consistent failure of India in extraditing offenders begets serious questions on the diplomatic ties and legal framework. The case of Nirav Deepak Modi, a diamond merchant, accused of defrauding Punjab National Bank (hereinafter PNB) gained spotlight for it was the biggest bank fraud...

India's record of prosecuting fugitive offenders who have taken asylum in UK is a matter of concern. The consistent failure of India in extraditing offenders begets serious questions on the diplomatic ties and legal framework. The case of Nirav Deepak Modi, a diamond merchant, accused of defrauding Punjab National Bank (hereinafter PNB) gained spotlight for it was the biggest bank fraud in the history of independent India. He has since evaded legal action by leaving the country. India has hence initiated extradition proceedings.

The Westminster Magistrates' Court verdict, which came in February this year, approving the extradition of the diamantaire is a feather in India's cap but it would be too early to consider India victorious. Recently, UK's Home Secretary Priti Patel signed the extradition order, a few days after which Nirav Modi has appealed the UK High Court against the order.

This article gives a brief chronology of events to date and furnishes an analysis of the UK court's verdict. Further, it deliberates upon how UK has become a convenient hideout and a lobby for such economic offences.

In 2018, PNB's humongous fraud of around 2 billion dollars came to light. It was perpetrated by the diamond mogul, assisted by PNB officials. It was alleged that the diamantaire had unscrupulously obtained Letters of Undertaking (LoUs) for making payments to overseas suppliers.

Consequently, cases were filed for offences under Section 120B (Criminal Conspiracy to commit an offence) along with Section 420 (cheating and dishonest inducement of delivery of property) and Section 409 (criminal breach of trust when entrusted with property or with any authority over it) of IPC. Later that year, the Indian government realised that he had taken asylum in UK and hence initiated the extradition process.

Subsequently, the special Prevention of Money Laundering Act (PMLA) court of India declared Nirav Modi a 'fugitive economic offender' under the Fugitive Economic Offenders Act, 2018 and his assets were confiscated under Section 12(2), which lets special courts decide which property stands confiscated, and Section 8, which vests power in the central government in terms of the confiscated property.

Westminster Magistrates' Court's verdict favouring the extradition of Nirav Modi came as a heavy punch in the face of the diamantaire. As India is a category-2 territory, the extradition request filed by the Government of India was steered by Part 2 of UK's Extradition Act, 2003, hereinafter referred to as "the Act".

The UK court dealt with four challenges raised by the counsels for Nirav Modi. The primary contention was whether the offences qualified as extradition offences under section 137 of the Act. The onus of establishing that the offences committed are extradition offences under section 137 of the Act is on the requesting state. Section 137(3) of the Act lays down the conditions to constitute an extradition offence and stipulates that the conduct, which was committed in the category 2 territory, should also constitute an offence in UK, had it been committed there. The requesting state, according to Maurov v USA, is not mandated to establish the guilt of the person under English law but is only obliged to establish that if the conduct is proved, it would constitute an offence under English law.

Another challenge was whether there was sufficient evidence to construe a prima facie case rendering the diamond merchant answerable if, as section 84 of the Act states, "proceedings were the summary trial of an information against him". To gauge the sufficiency of evidence and existence of a prima facie case, the judge relied on the approach laid down in the case of Devani v. Kenya, where Aitkens LJ propounded the "prima facie case test".

The test is three-fold, where the first stage prescribes the identification of relevant charges i.e., the "essence of conduct" which the pleading state alleges. This was derived from the decision of the House of Lords in the case of Norris v. Government of the United States of America. The second stage obliges the judge to determine that would the relevant conduct, had it been committed in UK, amount to an offence. Thirdly, the judge needs to decide whether the requesting party has successfully established on the basis of valid and admissible evidence, that there exists adequate evidence to corroborate the relevant charges.

The judge deduced that the conduct of Nirav Modi, had it occurred in UK, would have constituted offences under section 12 of UK's Criminal Justice Act, 1987, section 1 of UK's Criminal Law Act, 1977 and sections 327 and 334 of UK's Proceeds of Crime Act, 2002 and common law. Hence, it was firmly manifested that the offences qualified as extradition offences. The Judge asserted, "I am sure that the GOI have proved that the conduct in the requests is capable of satisfying the requirements of the notional English offences, if proved. I am satisfied the requirements of s.137 of the Act are met."

Crown Prosecution Service (CPS), who argued for India could successfully establish a prima facie case and the judge remarked, "I am satisfied that there is evidence upon which NDM could be convicted in relation the conspiracy to defraud the PNB. A prima face case is established".

Counsels for the diamond merchant also challenged the extradition on the basis of his human rights under section 87 of the Act, which iterates that the judge is required to determine that the extradition of the person is in consonance with his Convention rights under the ambit of the Human Rights Act, 1988. This essentially brings into play Article 6 and Article 3 of the European Convention on Human Rights. Where Article 6 lays down the right to a fair trial, Article 3 asserts the prohibition of torture. The Court relied on Soering v. United Kingdom and asserted that extradition is prohibited "in circumstances where there are substantial grounds for believing that there is a real risk that, if extradited, an individual would be exposed to a "flagrant denial of a fair trial"". In the same case, it was held that that extradition is categorically prohibited if there are significant grounds for construing a real risk which would violate Article 3. Evaluating the evidences before the court, the judge asserted, "There is no evidence which allows me to find that if extradited NDM is at real risk of suffering a flagrant denial of justice".

To gauge the conditions of Barrack 12 of Arthur Road jail, where Nirav Modi is to be kept, the Government of India furnished video recordings of the cell. To discern the reasonable conditions in the prison, the Court relied on Elashmawy and Riva v. Italy and for the alleged issue of overcrowding, it relied on Mursic v. Croatia wherein it was held, "the standard predominant in its caselaw of 3m 2 of floor surface per detainee in multi-occupation accommodation is the relevant minimum standard under article 3 of the Convention". After analysing the video evidences, the judge opined, "the conditions NDM (Nirav Modi) will experience in Barrack 12 are far less restrictive and far more spacious than the current regime he is being held in within the prison estate in our own jurisdiction." Further, the judge asserted that no substantial grounds could be found to construe a real risk of the violation of Article 3, if extradited.

The challenge under section 91, which stipulates the discharge of the person to be extradited and adjournment of proceedings, if the judge finds the mental or physical condition of the person is such that it would be oppressive to extradite him, was also rejected.

The procedure of extraditing offenders from foreign states is undoubtedly an arduous affair. But when it comes to UK and India, the difficulties in the process increase manifold making it convoluted.

The Extradition Treaty between India and UK dates back to 1992. Since then, despite India's numerous requests to extradite fugitive offenders, only two have been accepted by UK. Such a statistic would force one to question the diplomatic relations between the two states but the real trouble-maker here is UK's legal system.

Article 1 of the extradition treaty obliges both nations to extradite any offender accused of an extradition offence. Extradition offence is an act that amounts to an offence under the laws of both the states and attracts at least one year of imprisonment. But the high regard for human rights in UK begets hurdles in the way of extradition and becomes a convenient tool for absconders to stall the process further. UK is bound by Article 3 of the European Convention of Human Rights which obliges it to ensure that the person to be extradited is not treated degradingly by the requesting state. It becomes a taxing affair for a country like India to satisfy the standards of protection attributed to human rights.

The low corporate tax rate that is set to lure international investment which boosts government revenue is another reason for the attractiveness of UK as a destination for fugitive economic offenders. The low corporate taxes and the ease of setting up businesses are exploited by offenders who establish deceptively legitimate companies for laundering illegitimate funds. Thus, Money laundering is easy, making UK an alluring hideout for financial frauds.

The failure of India in extraditing offenders from UK can be attributed to the prevalent human-rights violations of the prisoners and detained under-trials. The condition of jails in India is deplorable, compared to the international standard. This becomes a crucial point of defence for the fugitive offenders who successfully stall their extradition or even get it denied. The issue is further aided by the lackadaisical stance of India and the unjustified delays.

But this time, it is apparent that India has opted for a proactive attitude to extradite Nirav Modi, evident from the UK court's verdict that the Indian authorities have gone all nine yards to meet the required prison conditions and have ensured that they do not bite the dust this time.

Though India has come a long way, successful extradition seems far. Despite his fiasco at the Westminster Magistrates' Court, the fugitive diamond merchant is not out of legal recourses. After the order's approval by the home secretary, he has appealed to the UK High court which has commenced a whole new set of formalities and will delay his extradition further.