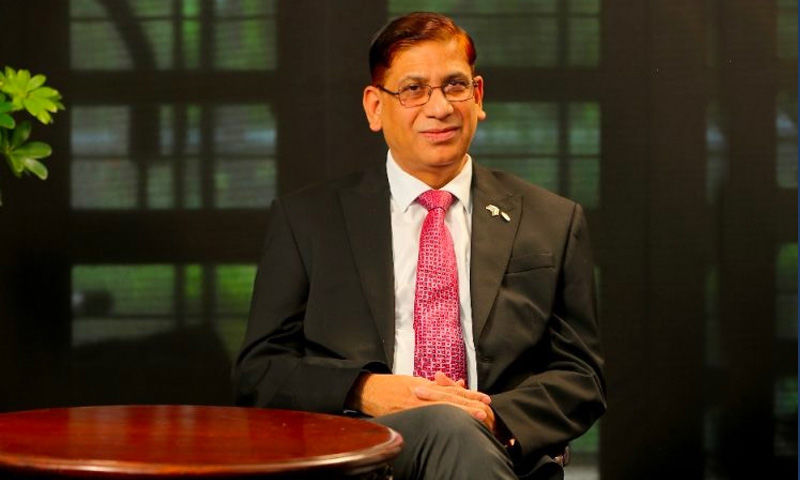 In my previous article, I had examined the issues of zero year and repeated postponements of CLAT and demonstrated that there is no danger of zero year even in trimester system and Consortium cannot be blamed for the postponements except September 7 as no national level admission was conducted before September. If Act of God defence is available to the government for the minus 23.9% GDP,...

In my previous article, I had examined the issues of zero year and repeated postponements of CLAT and demonstrated that there is no danger of zero year even in trimester system and Consortium cannot be blamed for the postponements except September 7 as no national level admission was conducted before September. If Act of God defence is available to the government for the minus 23.9% GDP, it should equally be available to Consortium of National Law universities for the CLAT postponements due to Covid-19 situation.

In this piece, an attempt will be made to understand the National Law Admission Test(NLAT) and does it fully satisfy the requirements of access and equality of opportunity if we believe in the idea of 'substantive equality' rather than mere 'formal equality.' Is home proctored NLAT fully safe? Can we have two entirely different modes of admission tests i.e. one home based and other centre based? Will reduction of questions in NLAT from 150 to just 40 adversely affect the accurate determination of merit in highly competitive NLAT where with just 1 mark's difference one may get or lose NLSIU?

Prof NR Madhava Menon, NLSIU founder had headed a seven member Government of India Expert Committee constituted in 2007 to examine the issue of equal opportunity. It submitted its report in 2008 titled 'Equal Opportunity Commission: What, Why & How' and in its 108 page report recommended the setting up of such a commission in India. The report noted that 'equality is not only an energising civilizational goal and a guaranteed fundamental right but also an integral part of national ethos and a constitutional value intended to sustain our diversity and unity.'

The Report clearly acknowledged that the idea of equality of opportunity has much wider appeal than the idea of equality itself. It said it in so many words that the 'equality of opportunity may or may not lead to equal outcomes; the concept suggests a fair race at the end of which some participants get rewards, others don't. Unequal rewards are morally acceptable- indeed even desirable- as long as everyone had an equal chance in the race, and as long as the unequal rewards were due only to unequal ability or effort. Thus the idea of equality of opportunity is in principle compatible with inequality of outcomes; it offers an equal chance to be unequal.' Justice KK Mathew in the landmark judgment of N.M Thomas(1976) had observed that 'the notion of equality of opportunity is a notion that a limited good shall in fact be allocated on grounds which do not a priori exclude any section of those that desire it.' The learned judge went on to explain a priori exclusion when he said that 'It means exclusion on grounds other than those appropriate or rational for the goods(posts) in question. The notion requires not merely that there should be no exclusion from access on grounds other than those appropriate or rational for the good in question, but the grounds considered appropriate for the good should themselves be such that people from all sections of society(emphasis mine) have an equal chance of satisfying them.' NLAT's implications for all sections will be examined below.

As a matter of fact equality of opportunity is not simply a matter of legal equality and indeed goes much beyond and includes measures that lead to creation of 'parity of conditions'. Let us try to understand digital disparities in our country and see how far NLAT creates conditions of parity.

As per Internet & Mobile Association on India Report as against 67% men, only 33% females have access to internet. In rural India, only 28% females have internet access as compared to 72% men. Urban areas are better but still the men- female divide is still 62:38. Telecom Regulatory Authority of India's 2018 report too said that the internet density is approximately 49%. Of that, only 25 per cent lived in rural areas.

Access to electricity is crucial for digital tests, both for powering devices as well as for connecting to the internet. What is the electricity supply scene in India? Ministry of Rural Development's own 2017-2018 survey said that 16 per cent of Indian households receive 1-8 hours of electricity per day, 33 per cent get for 9-12 hours and 45 per cent for more than 12 hours.

Now let us see the original NLAT's technical requirements. NLSIU had notified extremely highend technical requirements which included Desktop and Laptop Computers, with a minimum 1 MBPS bandwidth internet connection with in built camera and speakers. The webcam was required to have a minimum resolution of 640x480. The notification also stated in unequivocal terms that NLSIU shall not be responsible for any connectivity issues, or failure of internet connection.

With the above mentioned digital and electricity divide in the country, poor people, women and people living in rural areas and small cities will be worst affected or completely excluded. Diversity in law schools has been an issue in the elitist NLUs and NLAT will certainly not help in improving the situation as it is essentially exclusionary. Due to huge public criticism, NLSIU has now not only modified technical requirements in terms of internet speed and other technical requirements but permitted the candidates to take NLAT at centres provided by Testpan at the additional cost of Rs.350 per candidate. But even this modified notification reiterates that NLSIU will not be responsible for internet or electricity disruptions. Why Testpan was not asked to supply uninterrupted power for 45 minutes?

Though the move has been widely welcomed as improving access yet it has created another problem ie rich and elitist candidates will take the test from the comforts of their homes but the poorer and underprivileged candidates will have to travel distances to take the same test. This is neither fair nor reasonable and is legally suspect. Rules of game for any race must be same for all the players for a fair result or outcome.

Similarly in Multiple Choice Questions, unlike written examinations where we ask just 8 to 10 questions, we need to ask too many questions to correctly determine the merit and that's why CLAT this year will have 150 questions. Earlier it used to have 200 questions in 120 minutes. Reducing questions to just 40 will not only be unfair for the candidates but may have consequences on the quality of students admitted by NLSIU. One fails to understand that while NLSIU can reduce 2/3rd questions in admission test but cannot reduce syllabus by 30 per cent for the newly admitted students in just one trimester during the on - going global health emergency. Is NLSIU just interested to have some admission test to eliminate people, nothing more, nothing less?

Moreover introduction of negative marks even for not attempting questions will put to candidates under additional mental stress. Non- publication of consolidated merit list of all candidates can also be questioned on grounds of transparency that was mandated by the Supreme Court for admission tests in TMA Pai Foundation(2002) and several other cases.

Finally there are big question marks about the home proctored test. One is surprised that NLSIU Vice-Chancellor who is not only an eminent scholar but also fully knows the meaning or implications of making a statement on oath did not inform his Executive Council about the problems of home proctored admission test. How come after NLSIU Executive Council's meetings on August 12, 2020 and 18,2020 had resolved to conduct the home proctored NLAT, he signed and submitted an affidavit in Delhi High Court on August 25, 2020 in the matter of V.Govinda Ramanan(W.P.(C)No.4848/2020) and in Para 17 asserted that "online test will be completely compromised(emphasis mine)and may even be manipulated(emphasis mine) by the participants or coaching centres."

In Para 18, he stated that Consortium had several meetings and discussed and assessed the feasibility of conducting CLAT in various modes and after due consideration determined that 'online test at home with technological measures cannot ensure transparency, fairness, and integrity(emphasis mine) of high stakes examination process such as CLAT. He is absolutely right in terms of high stakes as with just one or two marks at times all seats in older NLUs get filled.

In Para 19 of his affidavit, he also addressed the issues of access and stated that equitable access cannot be maintained in home based admission test and home based examination that will require computers and internet and such an examination 'will severally harm(emphasis mine) candidates from economically poorer backgrounds or areas without adequate internet.'(emphasis mine)

If this is not the case, ideally Prof Sudhir should not have filed this affidavit against home proctored admission test since by August 25,2020, he himself was going to conduct such an insecure and suspect test. True, he filed this affidavit on behalf of the Consortium as its Secretary-Treasurer but the contents of the affidavit were neither drafted nor vetted by the Executive Committee of the Consortium and Prof Sudhir was merely asked to discharge his duties as Secretary Treasurer to respond to cases filed against the Consortium. No one in the Consortium would have questioned him if he had not included these three paragraphs in his rejoinder affidavit. Alternatively he could have asked the President or CLAT Convener to sign this affidavit as in his opinion online home examination is fair, transparent and safe.

Of course he can certainly defend himself by saying that he was wearing two hats one as Vice-Chancellor of NLSIU and another as Secretary-Treasurer but then what he stated about the online home admission test in one capacity equally holds good in another capacity. Just because NLSIU is doing this test with fewer thousand less candidates than 78000 CLAT candidates does not make NLAT perfect admission test. The argument that few private law schools have conducted similar tests of just 5000 candidates do not make test safe and free from manipulations. Public institutions have different role and responsibilities.

NLSIU will certainly not like to admit students on the basis of a test with suspect integrity and that is neither fair nor transparent and which can be manipulated by the candidates or coaching centres.

It seems that NLSIU's decision was probably taken in haste or without thorough discussion in the Academic Council and Executive Council and moreover without probably amending admission regulations of under Section 13 NLSIU Act,1986. If NLSIU's existing regulations on admissions through CLAT can be violated, why the requirement 60 hours of teaching of same or similar regulations cannot be diluted is difficult to understand.

NLSIU being a public university and a 'state' under Article 12 cannot and should not adopt a policy which not only impinges on the equality of opportunity but also may also dilute the quality of students admitted by it. In order to merely admit fresh batches of students just two weeks prior to other NLUs, should NLSIU have taken such a risky path is the moot question.

(The author is the Vice-Chancellor of NALSAR University Of Law And Former Vice-President & President of Consortium of National Law Universities. The views are personal)