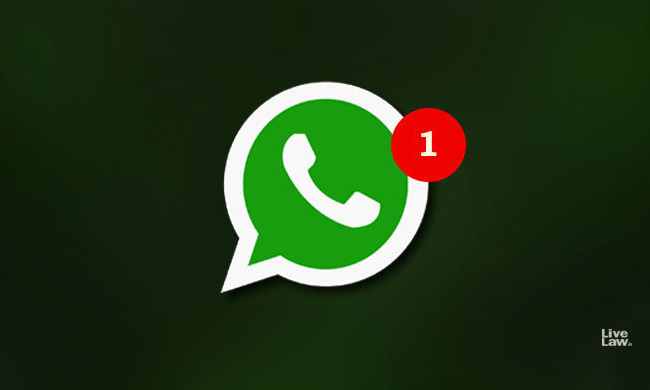 x
No amount of convoluted legal interpretation will make a Whatsapp group admin an intermediary.

The Office of Special Inspector General of Police, Maharashtra Cyber has issued an advisory warning that admins of Whatsapp groups along with users could be punished for posting objectionable content on Whatsapp groups. The advisory has cited various provisions including Sections 153 A, 153B, 295A, 505 and 188 of Indian Penal Code, Section 54 of the Disaster Management Act, Section 68 of...

The Office of Special Inspector General of Police, Maharashtra Cyber has issued an advisory warning that admins of Whatsapp groups along with users could be punished for posting objectionable content on Whatsapp groups. The advisory has cited various provisions including Sections 153 A, 153B, 295A, 505 and 188 of Indian Penal Code, Section 54 of the Disaster Management Act, Section 68 of the Bombay Police Act, 1951 and Section 144 and Section 144(3) of the Criminal Procedure Code, 1973.

Even prior to this advisory, there have been media reports that focused on the liability of Whatsapp Group admins for objectionable messages sent by members of the group. The reports also quoted opinions by a few experts who claimed that Whatsapp Group admins are intermediaries and have to comply with the guidelines and rules applicable to intermediaries to claim safe-harbour protection.

Disinformation on social media is a major issue which Governments and law enforcement agencies have to deal with across the world. However, coming up with illegal executive orders is not an effective way to deal with this. The advisory issued by the Maharashtra police has tried to slap penal provisions on Whatsapp group admins without any statutory basis and in violation of the basic principles of criminal law.

A Whatsapp group admin has only a limited power to add or remove members from a group. Unless she has abetted or assisted in posting an objectionable message, she can, by no stretch of imagination be held liable for any post made by a member of the group. Of course, if a group has been formed for an illegal purpose like sharing child abuse videos then the admin can be held liable.

There is no law by which an admin of any messaging service can be held liable for a post made by a member in the group. Any executive order, much less an advisory, which attempts at penalising an act without any statutory backing will be illegal. None of the statutory provisions stated in the advisory saddles the admin of a Whatsapp group with any liability for a post made by a member of the group. Section 68 of the Bombay Police Act, 1951 only states that all persons shall be bound to conform to the reasonab1e directions of a Police officer given in fulfilment of any of his duties under this Act. This provision does not give the Police any power to come up with a set of directions for Whatsapp group admins along with penal consequences for non compliance. It is also to be noted that as per Section 140 of this Act the maximum punishment for contravention of S.68 of the Act is fine which may extend to five hundred rupees. Such a section cannot be used as a blanket provision to impose liability for a Whatsapp group admin for an act which is done by someone else.

The admin of a Whatsapp group cannot be vicariously liable for any act by a member of the group. There is no master-servant or a principal-agent relationship between the admin of a Whatsapp group and its member. The Apex Court has held in Sham Sunder and Ors. vs. State of Haryana (1989) 4 SCC 630 that "there is no vicarious liability in criminal law unless the statute takes that also within its fold". This dictum was followed in R. Kalyani Vs. Janak C. Mehta (2009)1 SCC 516.

In this connection, it is also pertinent to refer to the 2016 decision of the Delhi High Court in Ashish Bhalla vs Suresh Chawdhary, which held that the group admin was not liable for a defamatory text made by a member.

"When an online platform is created, the creator, thereof, cannot expect any of the members thereof to indulge in defamation and defamatory statements made by any member of the group cannot make the administrator liable therefore. It is not as if without the administrator's approval of each of the statements, the statements cannot be posted by any of the members of the group on the said platform," the court observed.

Dismissing a civil suit for defamation against the group admin, Justice Rajiv Sahai Endlaw said: "I am unable to understand as to how the administrator of a group can be held liable for defamation even if any, by the statements made by a member of the group."

A Whatsapp group is quite different from an online forum where the administrator often has the power to moderate discussions, delete messages and has the option to approve messages before it gets posted to be viewed by the public. A Whatsapp group admin has none of these powers.

There have been instances of Whatsapp group admins being the target of police actions in certain cases involving misleading messages shared in Whatsapp groups. These are often due to the ignorance of the police officers regarding the medium as well as the relevant laws.

Disinformation is a major threat during a pandemic crisis like the present one. However, that cannot be an excuse to come up with draconian measures to muzzle freedom of speech and expression of citizens. Unreasonable restrictions imposed on social media and messaging platforms could lead to a chilling effect on the rights of free speech of citizens preventing free discourse which is important in these times.

[The author is a lawyer practicing at the High Court of Kerala and is the Voluntary Legal Director at SFLC.in, New Delhi]