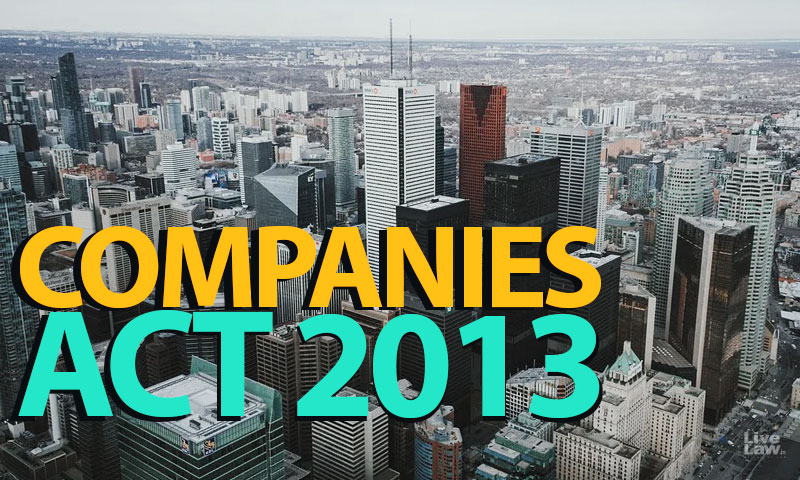 On 06.07.2020 Supreme Court in the case of Arun Oswal Vs. Pankaj Oswal & Ors (Oswal case) , held that the dispute as to the inheritance of shares cannot be decided in a proceeding under Section 241-242 of the Companies Act, 2013 (Companies Act). Supreme Court was also seized of the question as to whether the rights of a nominee of shares & securities under Section 72 of...

On 06.07.2020 Supreme Court in the case of Arun Oswal Vs. Pankaj Oswal & Ors (Oswal case) , held that the dispute as to the inheritance of shares cannot be decided in a proceeding under Section 241-242 of the Companies Act, 2013 (Companies Act). Supreme Court was also seized of the question as to whether the rights of a nominee of shares & securities under Section 72 of Companies Act is similar or different to the rights of a nominee under the Life Insurance Act 1938, Banking Regulation Act, 1949 and Government Savings Certificate Act, 1959 etc.

The case revolves around the family dispute of the Oswal empire wherein the deceased Mr. Abhay Kumar Oswal during his life time filed a nomination under Section 72 of the Companies Act for the 36% shareholding in the Oswal group in favour of his wife Mrs Aruna Oswal. At the same time, Pankaj Oswal son of late Abhay Kumar Oswal filed a partition suit claiming 1/4th estate and also filed an oppression and mismanagement petition before the National Company Law Tribunal (NCLT). NCLT dismissed the maintainability objection raised by Ms. Aruna Oswal that Mr Abhay Oswal does not have the minimum threshold of 10% shareholding prescribed under Section 244(1) to file the Petition.

The objection was rejected by the NCLT holding that Mr Pankaj Oswal being the legal representative of Late Abhay Kumar Oswal, is entitled to 1/4th shares and in terms of the Judgement of Worldwide Agencies Pvt. Ltd. Margarat T Desor which allowed the legal representative the right to maintain a Petition under Section 397 & 398 of the Companies Act, 1956 (corresponding to Section 241 & 242 of the Companies Act, 2013) the Petition filed by Pankaj Oswal is maintainable . The decision was further affirmed by the National Company Appellate Tribunal (NCLAT). In the Statutory Appeal, the question before the Hon'ble Supreme Court was whether the rights under Section 72 of the Companies Act, 2013 vested all the rights in the shares held by Late Mr. Abhay Kumar Oswal in favour of Mrs. Aruna Oswal.

The whole controversy of the case revolved around the interpretation of the Section 72 of the act which read as follows;

72. Power to nominate (1) Every holder of securities of a company may, at any time, nominate, in the prescribed manner, any person to whom his securities shall vest in the event of his death.

(3) Notwithstanding anything contained in any other law for the time being in force or in any disposition, whether testamentary or otherwise, in respect of the securities of a company, where a nomination made in the prescribed manner purports to confer on any person the right to vest the securities of the company, the nominee shall, on the death of the holder of securities or, as the case may be, on the death of the joint holders, become entitled to all the rights in the securities, of the holder or, as the case may be, of all the joint holders, in relation to such securities, to the exclusion of all other persons, unless the nomination is varied or cancelled in the prescribed manner.

(4) Where the nominee is a minor, it shall be lawful for the holder of the securities, making the nomination to appoint, in the prescribed manner, any person to become entitled to the securities of the company, in the event of the death of the nominee during his minority.

(emphasis supplied by the Court)

The Supreme Court interpreting the above-mentioned section came to a conclusion that words used are "securities shall vest" in the event of death of the holder. Supreme Court also took the benefit of the non- obstante clause of sub Section 3 of Section 72 and held that the

"…It is prima facie apparent that vesting is absolute, and the provisions supersede by virtue of a non­obstante clause by stating "any other law for the time being in force". Prima facie shares vest in a nominee, and he becomes absolute owner of the securities on the strength of nomination…" (Para 15)

However, surprisingly the Supreme Court in para 20 of the judgment held that the question as whether absolute right, title, and interest vested in the nominee or not, is to be finally determined by the civil court and the same cannot be decided in the petition filed under Section 241-242 of the Companies Act, 2013.

Also, Supreme Court while distinguishing the case of Vishin N. Khanchandani V. Vidya Lachmandas Khanchandani, held that the non-obstante clause of Section 6 of the Government Savings Certificate Act, 1959 doesn't vest the shares and therefore cannot be applicable to the Section 72 of the companies act.

Furthermore, while distinguishing the case of Ram Chander Talwar V. Devender Kumar Talwar Supreme Court held that Section 45-ZA (2) of the Banking Regulation Act, 1949 does not vest the shares in nominee and therefore would not be applicable to the instant case.

Therefore, Supreme Court came to a prima face view that unlike Section 72 of the Companies Act, 2013 which has a vesting right in the nominee in the event of death of the deceased shareholder, there was no similar vesting of the rights in the case of a nominee under the Life Insurance Act, 1938, Government Saving Certificate Act 1959 and Banking Regulation Act, 1949.

From the forgoing reason given by the Supreme Court in the Oswal case, one can conclude that unless there is vesting of a right in a nominee, the rights of a nominee are only limited to act as a custodian or a trustee till such time the legal heirs obtain a succession certificate enabling the nominee to transfer the amount received either under the LIC Policies or the Bank Account or the Government Saving Scheme in favour of the rightful legal heirs.

Having noted the difference of the right of a nominee under various Acts with that of the Companies Act and having noted the specific vesting of the right under the Companies Act in Section 72, in our humble view, the Supreme Court ought not to have left the question to the civil court to decide the issue of nomination merely on the ground that the suit for partition has been filed by the legal heirs of Late Mr. Abhay Kumar Oswal. Even if the Supreme Court has came to prima facie view that the vesting is absolute, it should have added a caveat that the civil court shall not be influenced by such interpretation as done in the case of A.V. Murthy v. B.S. Nagabasavanna, wherein the court held that;

"If the amount borrowed by the respondent is shown in the balance sheet, it may amount to acknowledgment and the creditor might have a fresh period of limitation from the date on which the acknowledgment was made. However, we do not express any final opinion on all these aspects, as these are matters to be agitated before the Magistrate by way of defence of the respondent."

Hon'ble Supreme Court ought to have considered section 430 of the Companies Act 2013 which states that civil court does not have jurisdiction to entertain any suit or proceeding in respect of any matter which the NCLT is empowered to determine. The issue of nomination under section 72 of the Companies Act 2013 therefore should have been ideally left to be decided by the NCLT and not the civil court.

Also, it is pertinent to mention that can one say the above decision is in rem to be binding on all the Companies and Legal heirs? Is there any legal issue determined by the Supreme Court in regard to the nomination under section 72 of the Companies Act? Unfortunately, our reading of the judgment says that the above judgment does not spell out the ratio decidendi? We are fortified of our views because of the judgment of the Hon'ble Supreme Court in the case of Shyama Rao Vs. Union Territory of Pondicherry which said "it is right to say that a decision is binding not because of its conclusion but in regard to ratio and principle laid down therein."

Applying the above principle, can it be said that the Hon'ble Supreme Court has laid down the ratio decidendi which led to the judgment in the Oswal case and therefore the ratio decidendi is also binding on all the stakeholders. But if the ratio decidendi is not clear where does one look into? Should one await the judgement of the civil court to be finally approved or disapproved by the Supreme Court? What is the ratio that one can look into from the judgement? Having gone to the extent of examining the differences in the scope of nomination under various Acts, the Supreme Court should not have fallen short of coming to a clear and conclusive decision on the scope of nomination under Section 72 of the Companies Act.

In re Harper v. N.C.B.(C.A.) Lord Denning referred with approval to the observations of Lord Dunedin in Mostyn and laid down the four following propositions:

In our humble view, The Supreme Court in the Oswal case did not authoritatively decide the issue of nomination under Section 72 of the companies act which it could have done otherwise.