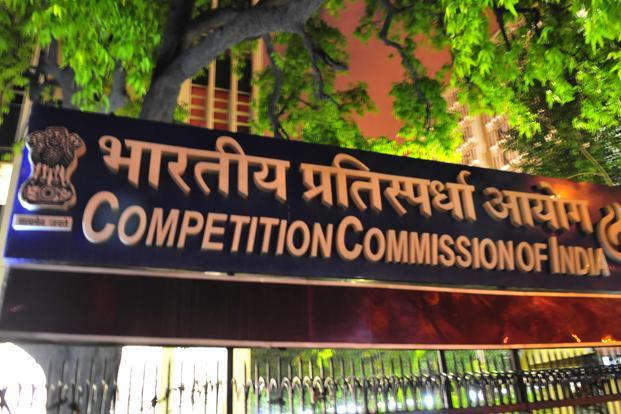 The recent report by the Committee on Non-Personal Data Governance Framework is unique in its treatment of data. Even though this framework is merely in Report form at present it is expected to become the basis of a new national legislation for regulating non-personal data. Recognising the many complications and conflicts that any attempt to regulate non-personal data would give rise...

The recent report by the Committee on Non-Personal Data Governance Framework is unique in its treatment of data. Even though this framework is merely in Report form at present it is expected to become the basis of a new national legislation for regulating non-personal data. Recognising the many complications and conflicts that any attempt to regulate non-personal data would give rise to, the Committee had also called for comments from the public and stakeholders on the Report. The expectation that the Report would become the basis of a national legislation together with its widespread ramifications on any business collecting non-personal data has made it the topic of much discussion and debate. This article looks at the manner in which the proposed framework impinges on the jurisdiction of the Competition Commission of India (CCI) and the extent to which it is repugnant to competition principles as envisaged in the Competition Act, 2002.

One half of the Indian data regulation regime in the form of the Personal Data Protection Bill, 2019 (PDP) is aimed at protecting the sanctity of personal data and upholding an individual's right to privacy. In stark contrast to this the proposed regime for non-personal data governance is primarily concerned with "the need to unlock the value inherent in this form of data." The Report itself distinguishes the Data Protection Authority under the PDP from the Non-Personal Data Regulation Authority (NPDRA) on the ground that the former is "focussed on prevention of personal harm whereas this authority will focus on unlocking value in Non-Personal Data for India."

Data unlike most other resources is non-rivalrous that is the same data points can be collected by multiple businesses. For instance, traffic data can be collected by the local traffic authority and independently by geo-maps or cab aggregators simultaneously. In spite of the non-rivalrous nature of data the Report correctly identifies that the network effects associated with it give companies in possession of vast amounts of data a competitive edge. Network effects refer to the phenomenon where the utility of a service increases as more people subscribe to it. As Google for instance attracts more customers the data it collects increases and its ability to show the most relevant results improves. Data-fuelled network effects therefore operate as an entry barrier and new market entrants who do not have access to such data find it difficult to compete effectively with incumbents. By providing startups with access to data the Committee seeks to level the playing field, promote innovation and ensure fair competition.

According to the governance framework of the Report, startups can request businesses to provide access to their data. If the business denies such request then the matter has to be adjudicated by the NPDRA in accordance with the principles of unlocking the potential of data, ensuring fair competition, promoting innovation and prohibiting exploitative and exclusionary harms to businesses and customers. Although a laudable sentiment entrusting this function to the NPDRA impinges on the jurisdiction of the CCI. Such impingement is not merely a technical tussle for jurisdiction but has wide-ranging ramifications. Maintaining competition in the market is a delicate exercise and regulatory authorities often believe that the market corrects itself and only infrequently do they "force the hand of the market." Both under and over enforcement of competition law carries the risk of chilling competition, harming innovation and consumer welfare. The CCI as a statutorily created expert body performs this delicate exercise in accordance with precise definitions of offences and principles enshrined in the Competition Act. It is assisted by a Director General who conducts a thorough investigation into anti-competitive effects and an Appellate Tribunal which reviews decisions. Detailed market reports, surveys and economic analyses precedes any decision to artificially intervene in the market. Although the CCI itself both structurally and at the level of implementation may suffer from numerous deficiencies which many might argue does little to assure us of the efficacy of its results. Yet it is the body that has been entrusted by law with the task of maintaining competition and is at least in principle equipped with the necessary resources and statutorily guided by the proper understanding of competition principles. The NPDRA on the other hand has neither such expertise nor wherewithal.

In addition to jurisdictional and technical expertise it is indeed doubtful whether the NPDRA could even understand what constitutes "fair competition." The concept as implemented in law does not rely on some intuitive or layperson understanding of competition but is accompanied by precise definitions and offences. For instance, below-cost pricing and many other activities are considered anti-competitive only when carried out by a 'dominant' entity. For non-dominant players/ new entrants such practices are often necessary for entering and creating space for themselves in the market thereby increasing rather than reducing competition. The Report nowhere makes any reference to 'dominance' as a requirement or even a factor to be considered by the NPDRA while adjudicating disputes. Even the act of delineating the relevant market to ascertain whether an entity is dominant in that market is a technical exercise guided by legislation, years of jurisprudence and multiple economic tests. The NPDRA if it were to compel even non-dominant businesses to share data could risk stifling the incentive to innovate and curtail competition.

For dominant players denying access to data to other entities could constitute an abuse of dominance. An attempt can be made to characterise data as an "essential service" and compel dominant players to provide access to their private databases to ensure competition. This argument though is nebulous because proving that a private asset is an "essential facility" is fraught with difficulties especially given data's non-rivalrous nature. Additionally, from a policy perspective, reducing entry barriers for innovative newcomers has to be weighed against the impact that stripping of a competitive advantage (exclusive access to data) would have on the incentive to invest and innovate. The question whether denial of access to data constitutes abuse of dominance is therefore very contentious.

As noted earlier the Report's intention of acknowledging the role of access to data in competition is noble and the CCI should take cue from the Report and collaborate with future data regulatory authorities to correct inefficiencies in data markets. However, at its very heart this still remains a competition issue. The proposed NPDRA which lacks jurisdiction to adjudicate matters entrusted to it and is devoid of the conceptual underpinnings of competition theory will be ineffective at best and disastrous at worst.