I read with mixed feelings the announcement of the Prime Minister of India, Shri Narendra Modi, that August 14th should be remembered as the "Partition Horrors Remembrance Day". The Home Ministry was very quick to issue a notification to this effect. I don't wish to delve into the political compulsions that made the Prime Minister make such an announcement. Being a mediator by vocation,...

I read with mixed feelings the announcement of the Prime Minister of India, Shri Narendra Modi, that August 14th should be remembered as the "Partition Horrors Remembrance Day". The Home Ministry was very quick to issue a notification to this effect. I don't wish to delve into the political compulsions that made the Prime Minister make such an announcement. Being a mediator by vocation, I was wondering how such a statement can be viewed from a conflict resolution perspective. But before that, let me give the Prime Minister the benefit of the doubt. May be his intention was to tell the people that "Look, it is important to stay united in order to avoid the horrors of the Partition". The question is – if that was the intention, could it have been reframed in a better way?

Mediation is all about peace-making. In mediation, a mediator plays the role of a facilitator who helps parties in conflict to move from the past and focus on the future. The past would have been a time of great difficulty, turmoil, emotional trauma and pain. This leads the people in conflict to hate each other, to indulge in toxic communication and behaviour, to damage each other, to blame each other for all the mishaps and to generally think of the other as a monster or an ogre from the Grimm Fairy Tales. When they sit before the mediator, the atmosphere is usually one of tension, anger and other intense emotions. The mediator has a tough task to diffuse the tensed situation and to get the parties to move from the past and focus on the future. The mediator uses the technique of reframing to change the terms of reference between the parties. Where, for instance, one party says that the other party is "lying" about something, the mediator would say "Well, you have a different recollection of what happened".

The technique of reframing is used effectively by the mediator to do what William Ury and Roger Fisher talk about in their seminal masterpiece "Getting to Yes", viz. (1) Separate the people from the problem and (2) focus on their interests and not their positions. For example, if one party says "My partner is unscrupulous. He thinks nothing about misleading the customers and keeps making false representations about the product. He cares nothing about how this will affect the goodwill of our firm. I am tired of his crooked methods". The mediator would reframe this as "What I hear you saying is that, the reputation and goodwill of the firm is important and you wish to preserve that". In one stroke, the mediator has shifted the focus of the parties to a future need to have honesty and transparency with the customers - an interest that is common to both.

In effect, what the mediator does through the technique of reframing is to draw the parties from their past unpleasant experiences, help them to understand what is good for them for their future and get them to work towards that goal. All that is toxic, negative and painful is reframed to something that is purposeful, positive and future-oriented. People in conflict tend to be entrenched in the past. They are unable to move beyond all the pain, anguish and suffering they have been through. Sometimes this pain and suffering is real and sometimes it is either exaggerated or, maybe, even imagined. But remaining in that state can be harmful. It creates a lot of toxicity, vitiates the environment and drives people to do things that may be potentially harmful for themselves and for others. The past is a lesson for the present and the future. It is not something you dwell on, wallow in, feel sorry for yourself, generate hatred towards others and make the present and the future worse for everyone.

Most people think conflict is bad. When you say "conflict" it brings to mind strife, struggle, fighting, killing, war. But actually conflict is not bad. What is bad is not managing it and resolving it. Allowing conflict to spiral out of control is bad. It is worse to perpetuate conflict and to keep reliving it. Conflict can have a positive effect as a harbinger of change. But for conflict, many important changes in the world would not have come about – emancipation of slaves, women's rights, workers rights, freedom from colonial rule and so on. The world would be a victim of inertia described in Newton's first law as "an object remaining in its state of rest or uniform motion unless acted upon by an external force". Conflict is that external force that brings about change, provided it is managed and resolved peacefully. If not, it can cause tremendous damage or even total annihilation.

If we agree that conflict is not all bad but needs to be managed and resolved peacefully, then it is important to (a) not remain entrenched in the past but focus on the future and (b) work towards identifying, understanding and reaching common interests and goals. Nelson Mandela recognised this when he refused to succumb to the demand for the trial of the apartheid regime and opted for the Truth and Reconciliation Commission instead. Mahatma Gandhi chose the path of non-violence to secure freedom from British colonial rule, firmly refuting the belief that large struggles have to be violent. Great leaders and thinkers have always advocated the path of reconciliation and peace-making rather than revenge and recrimination. A great statesman is like a mediator. She plays the role of servant-leadership, helping people to navigate through their conflicts, find common grounds and work together to solve the problems of the present and to ensure a better future.

The partition is itself a lesson for us: that if you perpetuate hatred, distrust and animosity between communities, it leads to cataclysmic consequences in which both sides suffer. What is needed is to foster understanding, trust, love and harmony. What is important is to be liberated from the past and not to repeat it.

"Partition Horrors Remembrance Day" is replete with the imagery of the brutality and savagery that accompanied the partition of India. It does nothing to help the people to move on. It can only perpetuate hatred, animosity and distrust. Does it augur well for the nation? Certainly not! Where we should be focussing on education, health and progress, we would be thinking of revenge and recrimination. Could the Prime Minister have reframed "Partition Horrors Remembrance Day" and, in the true spirit of statesmanship, designated August 14th as a "Partition Forgiveness and Reconciliation Day"? It is not too late. He can do it even now. Will it show weakness? No. On the contrary, it will show the strength and spiritual power of our hoary culture that has helped us to endure two centuries of foreign rule and yet remain true to our core values of compassion and inclusiveness. It is time that our leaders graduate from being politicians to becoming statesmen. As Yuval Noah Harari puts it, "Historians study the past not in order to repeat it, but in order to be liberated from it." 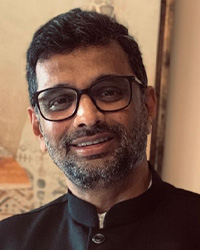 A.J. Jawad is an advocate and a mediator based in Chennai.  Views are personal.