Why Latest SC Judgment Denying Gratuity To Teachers Is 'Per Incuriam' ? 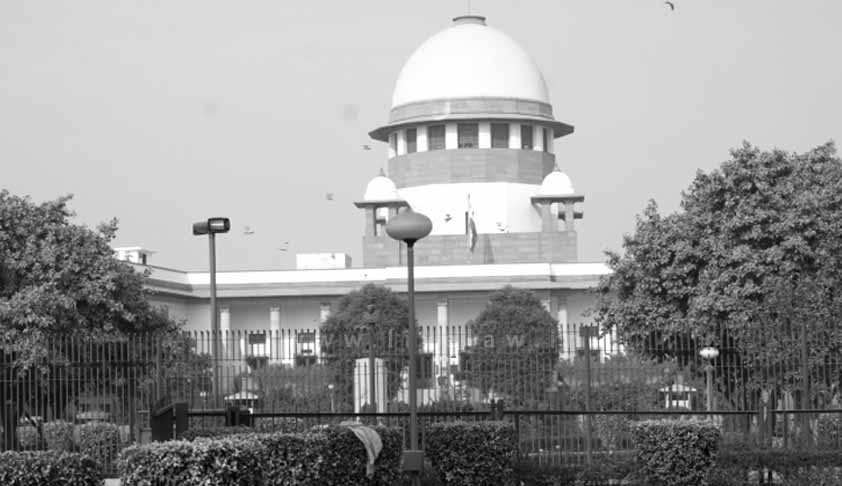 In what can be unhesitatingly termed as a 'Per Incuriam' judgment, the Supreme Court on Monday held that a teacher, irrespective of the type of educational institute he/she is working, is not an 'employee' under Section 2(e) of the Payment of Gratuity Act and, therefore, has no right to invoke the Act for claiming gratuity from his/her employer.Per Incuriam judgment is the one which is...

In what can be unhesitatingly termed as a 'Per Incuriam' judgment, the Supreme Court on Monday held that a teacher, irrespective of the type of educational institute he/she is working, is not an 'employee' under Section 2(e) of the Payment of Gratuity Act and, therefore, has no right to invoke the Act for claiming gratuity from his/her employer.

The said judgment concluded with these remarks: "It is for the Legislature to take cognizance of situation of such teachers in various establishments where gratuity benefits are not available and think of a separate legislation for them in this regard. That is the subject matter solely of the Legislature to consider and decide."

But, well before this judgment, the Central Government, vide the Ministry of Labour and Employment Notification, extended provisions of Payment of Gratuity Act to the educational institutions employing 10 or more persons.

In 2009, an amendment was introduced to the definition of 'employee' by the Payment of Gratuity (Amendment) Act, 2009, The amended definition of 'employee' under Section 2(e) reads: "2(e) "employee" means any person (other than an apprentice) who is employed for wages, whether the terms of such employment are express or implied, in any kind of work, manual or otherwise, in or in connection with the work of a factory, mine, oilfield, plantation, port, railway company, shop or other establishment to which this Act applies, but does not include any such person who holds a post under the Central Government or a State Government and is governed by any other Act or by any rules providing for payment of gratuity."

It also inserted Section 13-A which reads: "13-A. Validation of payment of gratuity.--Notwithstanding anything contained in any judgment, decree or order of any court, for the period commencing on and from the 3rd day of April, 1997 and ending on the day on which the Payment of Gratuity (Amendment) Act, 2009, receives the assent of the President, the gratuity shall be payable to an employee in pursuance of the notification of the Government of India, in the Ministry of Labour and Employment vide Number S.O. 1080, dated the 3rd day of April, 1997 and the said notification shall be valid and shall be deemed always to have been valid as if the Payment of Gratuity (Amendment) Act, 2009 had been in force at all material times and the gratuity shall be payable accordingly: Provided that nothing contained in this section shall extend, or be construed to extend, to affect any person with any punishment or penalty whatsoever by reason of the non-payment by him of the gratuity during the period specified in this section which shall become due in pursuance of the said notification."

In a statement of objects and reasons of the amendment Act, it said: "Keeping in view the observations of the Hon'ble Supreme Court, it is proposed to widen the definition of 'employee' under the said Act in order to extend the benefit of gratuity to the teachers."

SC Did Not Notice 2009 Amendment

The judgment impugned before the Supreme Court was delivered by the Jharkhand High Court in the year 2008, before enactment of the 2009 amendment. Even then, the high court distinguished the Ahmadabad Pvt. Primary Teachers Association judgment on the ground that it is applicable only to the primary teachers working in primary schools and since the case at hand is not a case of a primary teacher, it has no application to this case.

The Supreme Court, while considering the appeal, observed that the high court made an incorrect reading of the SC judgment. It seems no one brought to the notice of the court about the 2009 amendment, which is squarely applicable in this case.

In 2012, the Bombay High Court, taking note of this amendment, held that a teacher is an 'employee' within the meaning of Section 2(e) of the said Act and hence the provisions of the said Act were applicable. The Chhattisgarh High Court has also held so.

Last month, a single bench of the Orissa High Court, without taking note of the amendment, concluded that teachers are clearly not covered in the definition of employee under the Act.

In 2017, the Karnataka High Court dismissed a writ petition that had challenged retrospective effect given to the Payment of Gratuity (Amendment) Act, 2009. "I have no hesitation in answering the first question to the effect that the newly substituted Section 2(e) and the newly inserted Section 13-A of the said Act cannot be struck down as unconstitutional on the ground of their retrospective operation," Justice Ashok B Hinchigeri had held.