PM CARES - What does the Emblem of India Symbolize? 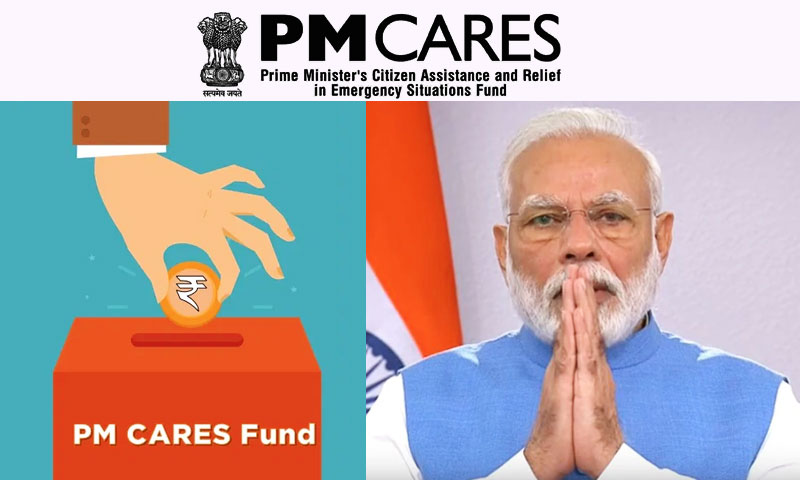 The Prime Minister on 28th March, 2020 announced the launch of the Prime Minister's Citizens Assistance and Relief in Emergency Situation (PM-CARES) Fund to accept donations to provide relief during COVID 19 pandemic, and other similar emergencies. On 1st April Shri Harsha Kandukuri an LLM student filed an RTI with the Prime Minister's Office for trust deeds of PM –CARES fund,...

The Prime Minister on 28th March, 2020 announced the launch of the Prime Minister's Citizens Assistance and Relief in Emergency Situation (PM-CARES) Fund to accept donations to provide relief during COVID 19 pandemic, and other similar emergencies. On 1st April Shri Harsha Kandukuri an LLM student filed an RTI with the Prime Minister's Office for trust deeds of PM –CARES fund, all government orders, notification, and circulars relating to creation and operation of the PM-CARES fund trust[1]. The reply stated – PM –CARES Fund is not a Public Authority under the ambit of section 2(h) of the RTI, 2005.

However, relevant information in respect of PM –CARES Fund may be seen on the website.

It is to be noted that money received through PM Cares fall outside the ambit of Article 266(2) of the Constitution which mentions that all public moneys received by or on behalf of the Government of India shall be entitled to the public account of India. Given the above, coupled with the Fund not being a Public Authority raises questions with regards the following: grant or necessity of a Trust deed certificate; registration under Section 12A (a) of the Income Tax Act, 1961; registration under Section 6 (1) (a) of the Foreign Contribution (Regulation) Act, 2010 considering the Fund has received exemptions from provisions of both the aforementioned legislations.

Moreover, the question lies in the composition of the trust, Control, usage of emblem, and government domain name[2] of the Prime Minister's Citizen Assistance and Relief in Emergency Situations Fund (PM CARES Fund) in light of the ambiguities surrounding it.

It is peculiar to explicate that The State Emblem of India (Prohibition of Improper Use) Act, 2005 (Hereinafter, referred to as the Emblem Act) prohibit the improper use of State Emblem of India for professional and commercial purpose and for matters connected therewith or incidental thereto.

PM Cares Fund not only uses the State Emblem of the Sarnath Lion Capital of Asoka as its logo, but also on avenues where donations to the fund are promoted and at times, arguably marketed. Section 3 of the Emblem Act specifies that no person shall use the emblem in any manner which tends to create an impression that it relates to the Government. However, section 3 also stipulates an exemption to the same if a previous permission by the Central government is acquired.

This juxtaposition indicates that although the Prime Minister's Office has stated that the Fund is not a public authority under the aforementioned Section 2(h) of the RTI Act, the Central Government has authorised the fund to the application of Emblem or its colourable imitation.

Moreover, there appears to be an absence of a notification issued by the Centre in the official gazette which is essential as per section 11 of the Emblem Act. By virtue of this notification, the Centre may make rules to carry out the purposes of the legislation, in context of the PM cares fund.

The lack of transparency when it comes to monetary application of the Fund may lead to speculation that the emblem may be used for the purpose of business as prohibited under Section 4. However, one can argue that the interpretation of "person" within the meaning of the act excludes PM Modi and the Cabinet Ministers who serve in an ex-officio administrative capacity for the fund as they also represent Central Government who have general powers to specify conditions for the use of Emblem for various purposes under Section 6.

The trust is not a part of any Government scheme or business of the Central Government consequently is not subject to the audit of Comptroller and Auditor General of India (CAG). The Trust allows donations from PSUs and owing to the current state of the country where the PSUs are being sold to private entities; one wouldn't know where the money is going if the government acts in an anarchic manner.

The fundamentals of the RTI act are to ensure transparency and accountability of the Public Authority. The conundrum around "Public Authority" for PMNRF very similar to that of the PM- Cares is in question[3].

While most people question the existence of the Fund it is pertinent to know where the money is being channelized and whether or not it comes under the ambit of the RTI Act. This is indeed an example of bad governance, and the courts must take a liberal approach in its interpretation in order to uphold the dignity of its citizenry and the act.