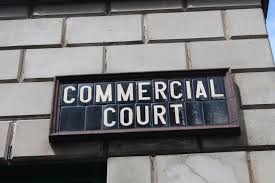 In 2015, the Commercial Courts Act, 2015 was introduced to expedite the disposal of high-value commercial disputes. As originally enacted, the legislation required that, commercial cases above Rs. 1 crore were required to be heard by designated courts at the District Courts or High Courts (only if the High Court had ordinary original civil jurisdiction). In 2018, to widen the scope of...

In 2015, the Commercial Courts Act, 2015 was introduced to expedite the disposal of high-value commercial disputes. As originally enacted, the legislation required that, commercial cases above Rs. 1 crore were required to be heard by designated courts at the District Courts or High Courts (only if the High Court had ordinary original civil jurisdiction). In 2018, to widen the scope of the Act, the pecuniary threshold was reduced from Rs. 1 crore to Rs. 3 lakhs. The procedural reforms introduced under the Act included amendments to the Code of Civil Procedure, 1908 (applicable only to commercial cases under the Act). These included conducting mandatory case management hearings, providing parties the option to apply for summary judgments, prescribing procedures for the discovery of documents and imposing timelines for filing written statements.

Given that 4 years have passed since the introduction of this law, we at the Vidhi Centre for Legal Policy undertook an empirical impact evaluation study to evaluate the impact of the law on commercial litigation. You can access the report with our findings here. We studied all the order sheets for 450 cases across three fora – The Commercial Divisions at the Delhi and Bombay High Court and the Commercial Court at the Vadodara District Court. We selected the first 150 commercial cases instituted before each of these courts. Since the date of notification of all the three courts were not the same, the cases in Delhi were mostly instituted between December 2015 and January 2016 while most cases in Bombay and Vadodara were instituted between June and July 2016. While some of these cases were those filed in 2015, others were filed in previous years but were transferred to the Commercial Courts after the enactment of the Commercial Courts Act. We selected this set of cases because by December 2018 (which was the cutoff date for our analysis) approximately three years would have passed since these cases were in the system, giving us an adequate opportunity to measure the impact of this new law.

Percentage of cases disposed and method of disposal

Within the timeframe that we analysed, the courts at Bombay, Delhi and Vadodara disposed 35%, 69% and 79% of cases respectively. There are a few causes to the variance in these numbers. First, these numbers suggest that there could be some practices at the Bombay High Court which were slowing down the disposal of cases when compared to Delhi and Vadodara. Second, what seemed as promising rates of disposal at Vadodara, unfortunately, can also be attributable to a significant portion (53% of disposed cases) being disposed as uncontested, on account of non-prosecution or transferred to a different court on account of them not being commercial in nature. Third, the disposal rate in Delhi can be attributable to a majority (59% of the total cases) being IPR related, which have a higher than average likelihood of being settled or withdrawn. In fact, on doing an analysis on the method of disposal, of all the cases studied, we found that a majority (62%) of disposed cases, both at Delhi and Bombay were either settled or withdrawn by either party. The large number of settled and withdrawn cases seems to suggest that a significant portion of the cases would have arrived at the same conclusion, even if the Act had not been introduced. Additionally, analysis of the method of case disposal also showed us that only about 34-38% of the disposed cases, across the three courts, were adjudicated by the courts. This small number suggests that the Act, which was introduced to expedite the process of adjudication by the court, would impact only a very small section of the cases being instituted under it.

Time taken for the disposal of cases

The Department of Justice notes that the average time taken for disposal of cases before the introduction of the Act was around 4 years. While the Act per se has not prescribed an outer limit to the total time taken for the disposal of a commercial case, the Law Commission of India in its 253rd report, commented on how similar commercial fora in other jurisdictions like Singapore and the US, typically disposed commercial cases in under a year, and in extraordinary circumstances under two years. A different, independent, PIB release marks three years as a desired timeline for the disposal of cases. Our study concluded that a portion of the total number of cases across all the three courts, went beyond the envisaged timeline of two years. In fact, the Bombay High Court had almost 66% of all 150 cases reviewed, pending for more than two years! Interestingly, the oldest pending case before the courts at Bombay, Vadodara and Delhi were from 2005, 1972 and 2009. This suggests that the Act has indeed not been able to significantly alter the time taken for the disposal of commercial cases.

We found that a key contributor for delaying the disposal of cases is the time taken for completing the summons process. On average, at the Delhi High Court, cases took 73 days for the process of summons to be completed. Anecdotally, three cases at the Delhi High Court took over a year in completing the summons process while at Vadodara there were 12 such cases. A report by Daksh on pendency and judicial backlog, has also unequivocally listed delay in summons as a key reason for the overall delay in the adjudication of a case. This being the case, it is problematic that delayed summons has not been addressed at all, by the lawmakers, under the current Act.

A small percentage of cases indeed go to trial

As we mentioned above, a very small percentage of the disposed cases were actually adjudicated by the court. The number of cases that went to trial (understood to be cases where issues have been framed) was even lower since many cases were being disposed by courts without conducting trials. Only 5%, 21% and 26% of total number of cases studied went to trial at the courts in Bombay, Vadodara and Delhi respectively. These numbers drive home the point that a procedural amendment, such as the Commercial Courts Act, which is intended to expedite trial, might, in fact, be moot since most cases do not even reach that stage. Additionally, of the cases that did go to trial, 50% or more cases across these courts, are still pending. This demonstrates that even the few cases which could have been impacted by the Act remain largely uninfluenced.

A key procedural reform espoused by the advocates of the Act was the mandatory requirement to conduct case management hearings. These hearings essentially require the judges and parties to establish a mutually agreeable schedule for a smoother, more organized, and time-bound trial process. However, in the 450 cases that we studied, case management hearings were not conducted in even a single case at the Bombay and Delhi High Courts. In Vadodara, the number was slightly higher at 18%. Another unique provision introduced under the Act was an option for summary judgment. The provision permits parties to apply for summary disposal of the suit without actually going through the elaborate trial process which includes the process of recording oral evidence. An application under this provision can be made only after summons has been served and before issues have been framed. A court may deliver a summary judgment if it believes that there is no real prospect of either party succeeding or defending the claim. However, in none of the 450 cases studied, was a summary judgment delivered. We are cognizant that beyond the time period studied, there have been cases where both these provisions have been utilised, however, even these instances constitute a very small proportion of the cases under the Act. Thus, clearly, there is a failure on part of both the bench and the bar to enforce and utilise the provisions under the Act.

There are four main conclusions from our study of this legislation's implementation. First, though the Act might have been well-intentioned, it impacts only a very small percentage of cases filed because most of the amendments are directed at cases that go to trial and very few commercial cases actually go to trial in India. Second, it is possible that the cases that have been disposed under the Act would otherwise have also seen the same conclusions, as is the case with IPR cases being settled. Therefore, the Act does not seem to have altered disposal rates. Third, both the bar and the bench seem to be indifferent to the procedural innovation under the Act, such as with case management hearings and summary judgments. Fourth, this study also showcases the limitations of procedural reform such as the Act and highlights the need to tackle systemic issues, such as the poor litigation culture in our courts.

Vaidehi Misra is a Research Fellow and Ameen Jauhar is a Senior Resident Fellow at the Vidhi Centre for Legal Policy, New Delhi.