Time For Press Council Of India To Step Up 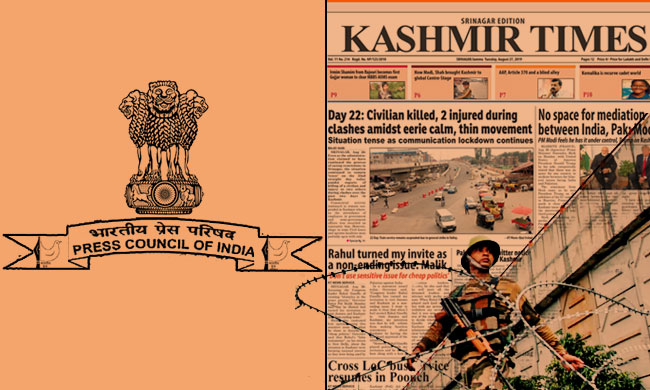 x
There is an urgent requirement for the Press Council of India to be delinked from the Central Government so as to deflect any opportunity to influence their working.

"The media is no longer able to adequately hold the Prime Minister or his government to scrutiny. And in an era of fake news and low trust in the media, an enfeebled class of journalists could eventually lead to a weakening of the very democracy that defines modern India." This is the state of Indian media as elucidated by the Pulitzer Center in an article published on August 5th,...

"The media is no longer able to adequately hold the Prime Minister or his government to scrutiny. And in an era of fake news and low trust in the media, an enfeebled class of journalists could eventually lead to a weakening of the very democracy that defines modern India."

This is the state of Indian media as elucidated by the Pulitzer Center in an article published on August 5th, 2019. Additionally, India has been ranked 140 out of 180 counties in the World Freedom Index 2019, behind countries such as South Sudan and Afghanistan.

It is as clear as day that we have come a long way from Bennett Coleman & Co. v. Union of India wherein it was categorically held by the Supreme Court of India that Article 19(1)(a) of the Constitution of India subsumed the right to freedom of press and there was no need for an express mention of the same, unlike the Constitution of USA which distinctly mentions "the liberty of the press". While the press still retains the freedom of speech and expression in India, this speech and expression is increasingly being used to pander to the incumbent government.

Historically, there have been three estates: the clergy, the aristocracy and, the commons. Media has been relegated to the position of the Fourth Estate due to its unique ability to hold a mirror up against the powers in-charge. A distinctive combination of ethics and courage is what upheld the integrity of a journalist, though there were always accusations of sensationalism. However, the Fourth Estate has now become a turncoat; by abandoning its position as a watchdog for democracy, it has instead taken up the role of a mouthpiece for the government.

The importance of freedom of press brings to the fore the power that media wields when it comes to public opinion. With the Opposition at the precipice of decimation, it is in the Fourth Estate the obligation of safeguarding democracy vests. It seems that the current government is very well aware of the same, as there exists no other reason for the amount of influence that is being exerted on popular media houses. Rather than taking a counter view of policy decisions, media houses are openly glorifying the same. Newspapers/TV channels who are willing to criticize such policy decisions are incessantly being persecuted for such stands; prime example being NDTV's Prannoy Roy and Radhika Roy being harassed by the CBI for trumped up charges of corruption.

It is for this very reason that the Press Council of India's intervention in the Supreme Court petition filed by Kashmir Times executive editor, Anuradha Bhasin, regarding the restrictions imposed in Jammu and Kashmir, is a major cause of concern and is indicative of how authorities are succumbing to the pressures of the current government, thereby destroying the basic tenets of democracy and making way for tyranny. By citing Clause 23 of its "Code of Journalistic Conduct", the Press Council of India seeks to self-regulate the reporting of journalists in matters of "sensitive national, social or individual interests". By opposing the journalists who are trying to cover the lockdown in Kashmir in the name of "national interest", the act of the Press Council of India has produced a chilling effect that could deter well-spirited media houses from adopting contrary stands to the incumbent government.

Once a fearful adversary which forced the government to run helter-skelter with its series of Constitutional Amendments in 1951 in order to curb the freedom of press, the press has now been reduced to an enabler of fake news and propaganda, initiating self-imposition of "reasonable" restrictions, without any prompt from the incumbent government. It seems as if in the battle of David and Goliath, David has finally conceded to the might of Goliath.

The Press Council of India was set up in the year 1966 by the Parliament in order to preserve the freedom of the press and to maintain as well as improve the standard of press in India. However, this statement is problematic at its very core due to the fact that an institution set up under a statutory law enacted by the Parliament cannot be expected to criticize the same. It is also pertinent to note here that not only are most of the nominations to the seats in the Press Council of India done by the Central Government, but the financing of the Press Council of India largely depends on the government as well. Therefore, with pro-Central Government members and being devoid of financial autonomy, one can hardly expect the authority to take a stand against policy decisions made by the incumbent government. Therefore, the Press Council of India has become a lapdog of the incumbent government and is being used as a weapon to curtail the very freedom of press it is supposed to protect.

With the crumbling down of the last leg of democracy due to dangers affiliated to publishing anti-government propaganda, and the Press Council of India openly expressing where its loyalties lie, the right to freedom of speech and expression has been reduced to just another sitting duck.The need for an authority with a stronger backbone in order to protect their own from attacks of the opposing politicians as well as masses is at an all-time high. There is an urgent requirement for the Press Council of India to be delinked from the Central Government so as to deflect any opportunity to influence their working. The Press Council of India must be held accountable for its failure to uphold its duty.

As Lasatha Wickamatune stated in his posthumous article for which he was brutally murdered by government forces in Sri Lanka, "But there is a calling that is yet above high office, fame, lucre and security. It is the call of conscience."It is time for the Press Council of India to listen to its conscience and fulfill its statutory objective to protect the freedom of press in these troubling times. 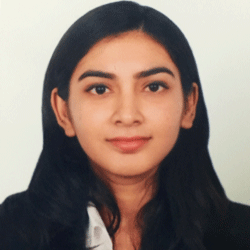 RADHIKA ROY
(Author is a practicing Lawyer at Delhi)