Problems Of The Collegium 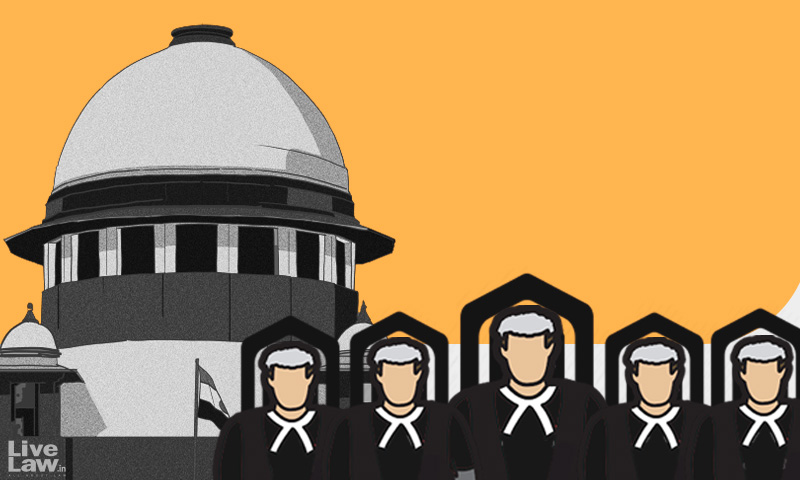 Some news and events this week are somewhat disconcerting and call for comments purely as a matter of principle, without any reference to or casting aspersions on the people involved.

It is reported that a meeting of the Supreme Court collegium is not to be held and recommendations for appointments made when less than one month remains prior to the retirement of a Chief Justice. The other aspect reportedly brought home by two members of the collegium is that no decision regarding appointments can be taken by circulation.

The collegium itself is a stark disaster and an illegitimate judicial creation. It demonstrates a trust deficit in the Chief Justice. The Court innovated the apparatus and apparition of the collegium wresting to itself the power of appointments and transfers. This is clearly opposed to the plain language and intent of the Constitution. The collegium system is being sought to be elevated to a status higher than the law and the Constitution.

Therefore the decision to recommend names for appointment is the collective decision of the collegium. The Chief Justice is no more than the first among equals. In that view of the matter, the proposition that the collegium should not meet and transact its work when less than a month remains for the CJI to retire is not logical or correct, legally or morally. This argument, if it is valid, should apply in the case of every member of the collegium; that would make the system completely unworkable. There is also no rationale for the one month period, even assuming that some such period should be there when no decisions regarding appointments are taken.

Far more important and fundamental than all this unconvincing argument is the fact that the Chief Justice and every other judge decides and pronounces judgments even on the last day of the tenure. Some of the most momentous decisions including the celebrated Kesavananda Bharati were taken and judgment delivered on the last sitting day of the retiring Chief Justice- Justice S.M.Sikri. Deciding cases and laying down the law is perhaps the most sacred and solemn function committed to the judiciary. Decision to appoint judges cannot be higher and more sanctified than deciding cases which is the Courts' primary function and obligation. And so to say that for a period of one month prior to retirement (of the CJ) there can be no meeting of the collegium and no decision regarding recommendation for appointment as judges is totally misconceived and bereft of substance.

A Chief Justice/Judge is always a Chief Justice/Judge until he retires. What was so effectively and elegantly put by Y.V.Chandrachud, CJ in a somewhat different context, but still very relevant may be recalled: "Our Constitution knows of no such hybrid thing as 'Prime Minister subject to a condition of defeasance'. Conditions (like the Prime Minister seeking a vote of confidence within a particular time) imposed by the President, may create considerations of political morality or conventional propriety but not of constitutional validity." [Harsharan Verma v Charan Singh, (1985) 1 SCC 162]

If, however, the fear is that the retiring Chief Justice would recommend names that may not command respect and confidence, then that would be a sad reflection on the other members of the collegium who are the senior most judges and they would be unworthy of their station if they do not act according to their best counsel. It ought to be remembered that we, the people of India entrust our destinies to them when they decide our cases! Nothing but the free and uninfluenced exercise of their best and most honest judgment is called for. At every meeting they are expected to be their own men and if the Chief Justice proposes names that may, in their opinion, not pass muster, it is for the other members to act with firmness. They are not to be 'supine' to borrow the language of Hidayatullah,J. They are to act with integrity, impartiality and independence. Any objection by them to holding a meeting and deciding on candidates when less than a month remains for the Chief Justice's retirement would be wholly unsupportable. A quarter of a century is no time span for any practice to mature into a tradition. And if such practice of not holding collegium meetings and recommending names for appointment has been there, it should be done away with at the earliest.

It is to be borne in mind that views of individual members of the collegium are opinions and not decisions of the collegium. Like in every other forum the decision would have to be necessarily of the majority and majority alone. Unanimity is something to be piously hoped, but it is not always practical or feasible. Indeed a façade of unanimity may sometimes throw up situations where there is no impartial and independent thinking. Something more fundamental is that judgments are handed down by majority, even a wafer thin one. A unanimous judgment of a 5-judge bench can be overruled by a 7-judge bench by a majority of 4:3. Even more significant is the undeniable fact that legislations and even Constitution Amendments are passed by a majority, may be a special majority in some cases, but never is there the requirement of unanimity. In the face of this, to even imagine that the collegium decision has to be unanimous and not by a majority would only invite the criticism of being absolutely illogical and ill-conceived. To insist upon unanimity would in effect be giving a veto to every single member which is unheard of and which would virtually make the collegium's functioning almost impossible. It is wholly unjustified that some time ago no meeting of the collegium was held because a particular judge was insisting on a particular name to be recommended for elevation. And very justifiably so: that name was very deserving. But to hold up collegium meetings and recommendations and appointments makes the whole exercise farcical and laughable. In so doing the collegium abdicated its functions and responsibilities.

Then again, to say that such proposals for appointments to the higher judiciary cannot be circulated puts the exercise far too high in the constitutional scale. Procedure is meant to be facilitating the achievement of something good. It cannot be enervating. But supremely more telling is the sad truism that the Supreme Court in more than one case directed a vote of confidence to be moved even before the legislature was opened with the opening address of the Head of State following the elected members taking oath and the election of the Speaker. These are constitutionally mandatory requirements which were thrown overboard. The trust vote can take place only on the floor of the House and there is no floor of the House, indeed no legal beginning of the new House, until the requirements referred to above are satisfied. The sad irony is that when the Supreme Court on the judicial side could discard the mandatory constitutional provisions and requirements, it sounds so ill in its mouth on the administrative side to raise the bogey of procedure to such heights.

The problems that our system appears to be bedevilled by do not seem to arise in countries like UK and USA.

Judges of the Supreme Court in the UK are appointed by the King on the advice of the Prime Minister. A special selection commission undertakes the exercise of selecting the various applicants, the qualifications and the procedure being prescribed. Once the commission has selected a nomination to make, this is to be provided in a report to the Lord Chancellor who is then required to consult the judges and politicians already consulted by the commission before deciding whether to recommend a name to the Prime Minister, who in turn advises the King to make the appointment. The Prime Minister is required by the Constitutional Reform Act to recommend this name to the King and not permitted to nominate anyone else.

Under the US Constitution, the President has the power to make a nomination to the Supreme Court. This he can do even at the end of his tenure. The Senate has the task to approve a candidate, in usually tense hearings, a method that is believed to enforce the concept of checks and balances between the powers envisioned by the Founding Fathers. Candidates do not have to meet any qualifications and serve lifetime terms.

Enduring institutions depend upon the enduring support of ordinary people. Justice Holmes rightly refused to regard even the highest tribunal as a Grand Lama and he believed that every institution must earn reverence through the test of truth. So it is and has to be with our Supreme Court as well!