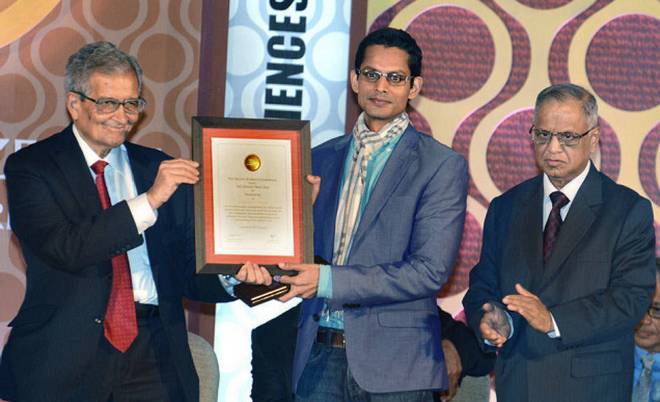 The shocking news about the death of Professor Shamnad Basheer came to me when monsoon showers were mercilessly pouring down on Kochi.

We had a conversation two weeks back and were supposed to meet soon. It took me a while to come to terms with the news, which left me shattered.

He was a great source of support and encouragement for LiveLaw, especially during its initial days.

He found the idea of a new web portal for legal news to be exciting. Without any hesitation, he agreed to be a part of the Advisory Board of LiveLaw Editorial and took keen interest at each stage of its growth.

His infectious energy and optimistic spirit have helped LiveLaw outgrow its phases of uncertainty and doubt.

The most impressive aspect about Shamnad was that he was not an academic who confined himself to mere abstract theorizing. He wanted to convert knowledge into action to make positive results. That was his way of 'giving back to the society'.  An 'academic-activist' would be an apt title for him.

His crucial intervention in the Novartis case, which ensured that drug prices will remain affordable to commoners in India, is such an instance.  For his contributions to the analysis of a range of legal issues, including pharmaceutical patent injunctions and enforcement, he was awarded the Infosys prize in 2014.

He had the zeal to challenge the status quo and shake the system for good.

Being a true humanist, he was not a worshiper of power and privileges. Power should be to serve the society, he firmly believed. Therefore, he had no qualms about speaking truth to power, whenever it was abused.

The elitist nature of National Law Schools has always troubled him. He therefore used his resources to start the IDIA project (Increasing Diversity by Increasing Access to legal education), which has made NLSs accessible to those from the marginalized sections of society.

He questioned the Bar Council of India and the CLAT in court with respect to the lacunae in the conduct of law entrance examinations.

Recently, he mooted the idea that the BCI should allow academics to litigate argue in courts. This will enable the Courts to utilize the domain expertise of academics to effectively decide issues affecting society at large, he believed.

"The teaching of law and the practice of law (whether in courts or otherwise) are synergistic in nature and there is nothing incongruent about a law professor performing both roles. Rather, by advocating client causes and consulting in their respective areas of legal specialisation, law professors would only be furthering the mission of education more effectively", wrote Shamnad to the BCI.

Academic expertise brought into courts will enrich the practice of law, as will practical advocacy expertise that is brought into the classroom, he argued.

Only a person with a free mind and depth of thoughts could have come up with such ideas which break conventions.

With the tragic death of Professor Shamnad Basheer, I have lost a trusted friend.

And, LiveLaw has lost its visionary guide.