Prudential Framework for Resolution of Stressed Assets, 2019: The Winds of Change in Banking Sector 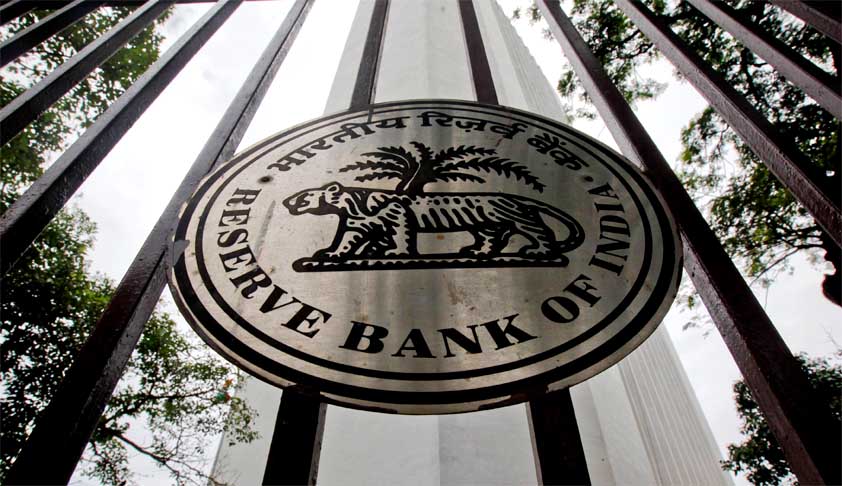 The last few months have seen a wave of reforms and implementation of new policies in the Indian banking system. One major cause for staggering banking sector is increasing Non-Performing Assets (NPAs). Evaluating bad loans of 39 listed banks in absolute term, it reached 92% in fiscal year of 2016 which was almost Rs. 5.79 trillion. In the backdrop of rising NPAs, the Reserve Bank...

The last few months have seen a wave of reforms and implementation of new policies in the Indian banking system. One major cause for staggering banking sector is increasing Non-Performing Assets (NPAs). Evaluating bad loans of 39 listed banks in absolute term, it reached 92% in fiscal year of 2016 which was almost Rs. 5.79 trillion.

In the backdrop of rising NPAs, the Reserve Bank of India came up with a circular which provided option to stressed companies to resolve NPAs. The first of these circulars was issued in February, 2019 and was challenged in the Supreme Court by companies from power sector. The apex court struck down the circular declaring that the RBI does not have power to issue such directives.

The circular released on February 12, 2018 had directed lenders to refer any loan account over Rs 2,000 crore to the bankruptcy process if it wasn't resolved within 180 days of default. It created problems firstly, by making Insolvency proceedings compulsory and secondly, that too on single day default.

The circular was released under Section 35AA, read with Section 35AB, and Section 35A of the Banking Regulation Act, 1949 and Section 45L of the RBI Act, 1934. The apex court held that the sections do not provide arbitrary power to the authorities and there are specific guidelines laid down for any action which has to be taken by the concerned authorities. The court also observed that authorization from central government should have been taken by the RBI for issuance of such circular. Section 35AA deals with specific defaulter and this circular by the RBI clubbed a certain kind of defaulter into one group which was not according to the procedure prescribed and hence, action taken was declared as ultra-virus.

"42….Thus, it is clear that directions that can be issued under Section 35AA can only be in respect of specific defaults by specific debtors. This is also the understanding of the Central Government when it issued the notification dated 05.05.2017, which authorised the RBI to issue such directions only in respect of "a default" under the Code. Thus, any directions which are in respect of debtors generally, would be ultra vires Section 35AA.

45….all action taken up to now either by banks or creditors under the circular and not been consummated will stand unraveled. Individual cases pending under IBC (Insolvency and Bankruptcy Code) so long as they were entirely under the circular would be withdrawn."

The order relived many big companies especially power sector companies which argued that this circular made them as willful defaulter and also it shortened the window to 180 days from 270 days as was earlier prescribed.

The new norms provide a fair balance between tight regulatory timelines mandated previously for resolving stressed assets, and inordinate delays that occurred in the past when resolving and provisioning for such assets.

The default accounts are categorised in three Special Mention Accounts on the basis of overdue in days: SMA-0 (1-30 days), SMA-1 (31-60 days) and SMA-2 (61-90 days). The new norms recommend initiation of a Resolution Plan (RP) even before the default on the basis of lagging indicator of financial stress. When the default occurs, the lender is to undertake a prima facie review of the default within 30 days from such default. In this review period a resolution strategy and its implementation are to be decided. When the RP is decided upon and its implementation is to be done, the lender and the defaulter is to sign an inter-creditor agreement (ICA). The agreement will act as grund rule for rights and duties of majority lenders, duties and protection of rights of dissenting lenders, treatment of lenders with priority in cash flows/differential security interest, etc.

Unlike the previous norms where 100 percent lenders consent was required, the PFRSA, 2019 contemplates approval of only 75 percent of lenders by value and 60 percent lender by number of lenders, thus assuring faster decisions and approvals. After the RP and ICA are finalised, it shall be implemented within 180 days from the end of Review Period. The Review Period shall commence not later than:

b. The date of first default after the reference date.

The Reference date is to be decided on the basis of Aggregate exposure of the borrower to lenders:

The most essential change brought by new norms is that it gives away with mandatory referral of stressed assets for resolution under IBC. It will provide an option to resolve the stressed assets outside the ambit of IBC, which in some cases can lead to improved realisations due to better preservation of intrinsic value of the assets. Earlier when the delayed implementation beyond 180 days had compulsory IBC proceedings, the new norms provide for additional provisioning of lenders. These additional provisioning are to be 20 percent of total outstanding, if RP is not implemented within 180 days from the end of Review Period and additional 15 percent (total 35%) if RP is not implemented within 365 days from the commencement of Review Period.

The Winds of Change

These new norms are breather for stressed accounts and give independence to banks for resolving them. Abhishek Manu Singhvi, Senior Advocate while arguing for the matter insisted on the point of this independence and said that the percentage was an issue for banks to work out - "Why should the RBI poke its nose into it?" This restoration is further highlighted by relaxation of additional provisioning either once the RP is implemented or upon filing and admission of the stressed account under IBC. That is an incentive for lenders to go for quick decisions. But the RBI has cautiously inserted a reference to Section 35AA of the Banking Regulation Act, 1949, clarifying its ability to issue directions for initiation of insolvency proceedings borrowers in specific cases.

Another positive aspect of new norms is inclusion of non-banking financial companies (NBFCs) and small finance banks (SFBs) under the framework which form around 20% of overall credit in the Indian financial landscape. The Moody's Investors Service said the new prudential framework for stressed asset resolution is 'credit positive', but flagged the slower-than-expected progress of resolution under Insolvency and Bankruptcy Code as a key hurdle. This process will take time of its own which can elongate for couple of years.

Conclusively, the norms are positive step and are expected to ensure that the existing momentum towards effective resolution and reduction of defaults remains uncompromised.