Ram Jethmalani And The Emergency 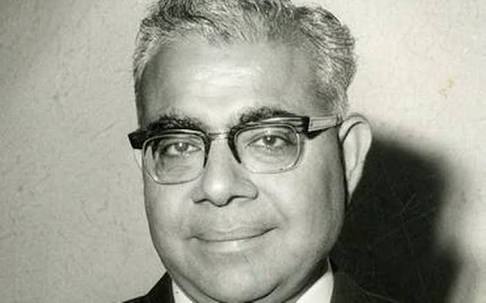 Mr. Ram Jethmalani was the Chairman of the Bar Council of India during the most tumultuous period (1970-1976) for judiciary and democracy in contemporary Indian history.

Under his stewardship, Bar Council of India streamlined the rules for the general conduct of legal profession that came about through introduction of Bar Council of India Rules, 1975. When lawyers appearing for unpopular and infamous accused in criminal matters were decried, the Bar Council of India under the Chairmanship of Mr. Jethmalani provided the much needed safeguard when it stated in the 1975 Rules in no unclear terms that:

"It shall be the duty of an advocate fearlessly to uphold the interests of his client by all fair and honourable means without regard to any unpleasant consequences to himself or any other. He shall defend a person accused of a crime regardless of his personal opinion as to the guilt of the accused, bearing in mind that his loyalty is to the law which required that no man should be convicted without adequate evidence".

Perhaps these words embody the spirit with which Mr. Jethmalani conducted himself as a legal practitioner, as he was himself denounced for taking up cases of those individuals with tainted reputation. He believed that in a society governed by the rule of law, a person's guilt is for the courts alone to determine. No one is guilty until the judicial process has exhausted itself and there is no further avenue left for the condemned man to establish his innocence. His conviction in the legal system and the right of an accused to legal service is best demonstrated in this interview where he says, "You owe duties to the client and the same duties co-exist with the duties you owe as an officer of the court..".

Mr. Jethmalani's razor-sharp deployment of words and phrases during his speeches propelled his political career alongside his legal one. He narrowly escaped arrest at the hands of the Police for criticizing the government of the day for imposing Emergency (1975-1977). He was invited for a seminar in Palakkad by Kerala Bar Federation in his capacity as Chairman of the Bar Council of India in the month of January, 1976 (around 6 months into Emergency). In that seminar, he made stinging criticism against Mrs. Indira Gandhi. "He knew very well that he would be arrested for the remarks he made against Mrs. Gandhi", recollects Advocate K.S Menon who was one among the audience when Mr. Jethmalani went on a rampage against Emergency. By the end of the seminar, the District Magistrate of Palakkad issued arrest warrant under the infamous Maintenance of Internal Security Act but by the time it was to be served, Mr.Jethmalani left for Bombay where he challenged the warrant before the Bombay High Court. The petition was drafted by Mr. Soli Sorabjee along with Mahesh Jethmalani (Ram's son) and around 300 lawyers signed as counsel in the petition. It was none other than Mr. Nani Palkhivala who led the battery of lawyers including Mr. Soli Sorabjee and he was able to secure an interim relief. Mr. Jethmalani recollects the time in his memoir written on Mr. Palkhivala as thus:

"No wonder I selected Nani as my counsel when Mrs. Gandhi's government decided to detain me without trial under the hated MISA for a speech which I delivered to the Kerala Bar attacking the phoney Emergency that disfigured and destroyed Indian democracy in 1975. Nani, instructed by three hundred lawyers, got an injunction from the Bombay High Court restraining execution of the warrant of my arrest issued by the District Magistrate of Palghat, it being the scene of my 'treasonable' activity. The injunction was in force on the date of the infamous Jabalpur judgment and it helped me to leave India and obtain political asylum in the United States."

Even though Mr. Jethmalani could have surrendered before the Police, Mr. Palkhivala advised that he leave the country till the Emergency is lifted. Mr. Jethmalani left India for Montreal in Canada on 28th April, 1976, the day the Supreme Court of India passed its infamous ADM Jabalpur judgment. Mr. Jethmalani recollected the night he left India in this interview where he says:

"During that time, around 101 lawyers were in Nashik jail. I told Palkhivala that I can be the 102nd lawyer. I did not want to shirk the risk of going to jail. If I was outside India, be sure that I will be able to carry on propaganda [on] what has happened in India, to Indian democracy and on how it's a fake emergency. It was decided that I must leave and I left that night and no less a person other than Commissioner of Police who escorted me to the plane"

First person to seek political asylum in the United States

Mr. Jethmalani left India for Montreal where his son was a student. He entered the United State in the month of May, 1976 and became the first person to seek political asylum in the United States. In a report titled "U.S. Gives Asylum to Foe of Mrs Gandhi", the New York Times captures the account as follows:

"In the first such action, the United States has granted political asylum to Ram Jethmalani, chairman of the Bar Council of India and a vigorous critic of Prime Minister Indira Gandhi's policies.

He is believed to be the first Indian national to have received asylum since Mrs. Gandhi imposed a state of emergency more than a year ago under which, in effect, civil rights have been suspended.

He taught comparative constitutional law at Wayne State University in Michigan and spent almost two years in the United States addressing various civil rights groups on the developments in India. By the time, Ram Jethmalani had become a house-hold name and his nomination papers from Bombay North-West for 1977 general election were filed, when he was still abroad. He defeated the then Law Minister H. R. Gokhale and began his political journey as a fiery parliamentarian.

Author is an advocate practicing in the Supreme Court and a contributer to Livelaw. He can be reached at [email protected]. He tweets at @eminentjurist