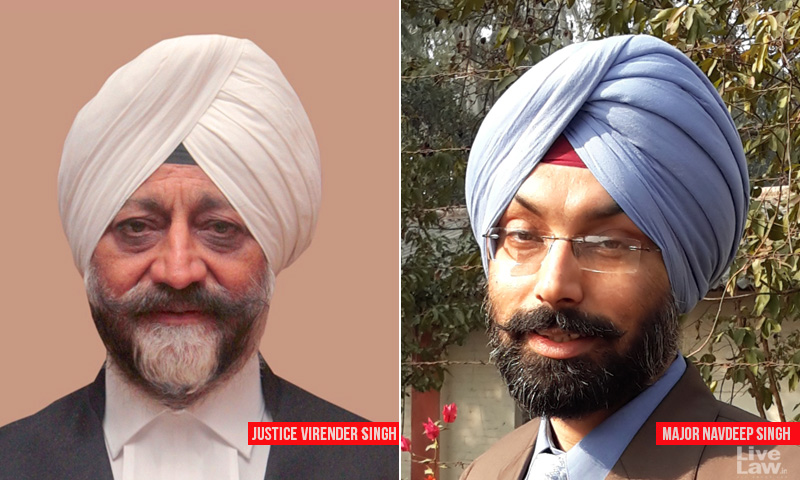 One of the lesser realised aftershocks of the Emergency was tribunalisation as it exists today. A blow so hard that despite multiple efforts by our High Courts and the Supreme Court, including Constitution Benches, to wipe out the deleterious consequences, the ruinous scars remain. Tribunals in the present form were introduced through the 42nd Constitutional Amendment when...

One of the lesser realised aftershocks of the Emergency was tribunalisation as it exists today. A blow so hard that despite multiple efforts by our High Courts and the Supreme Court, including Constitution Benches, to wipe out the deleterious consequences, the ruinous scars remain.

Tribunals in the present form were introduced through the 42nd Constitutional Amendment when the concept was employed as a tool by the executive of the day to blunt-out judicial functioning and it was probably thought that by creating such bodies some of the subjects of litigation could be taken out of the purview of the independent judiciary with the said bodies functioning under and manned by the executive. Though the Supreme Court put its judicial weight against such blatant attempts through various landmark decisions such as RK Jain Vs Union of India 1993 AIR 1769, L Chandra Kumar Vs Union of India (1997) 3 SCC 26, Union of India Vs R Gandhi (2010) 11 SCC 1, Madras Bar Association Vs Union of India (2014) 10 SCC 1 and Rojer Mathew Vs South Indian Bank Limited 2019 SCC Online SC 1456, yet, despite such heavy dicta favouring independence of tribunals and streamlining of their functioning, the practical situation remains almost the same as it did without these judicial milestones.

In the latest Constitution Bench decision in Rojer Mathew (supra), the Supreme Court set aside the Tribunal, Appellate Tribunal and other Authorities (Qualifications, Experience and other Conditions of Service of Members) Rules, 2017 promulgated by the Government which gave the Government unbridled power in the functioning and control of tribunals. The Court directed the Government to institute fresh rules in line with its decisions pertaining to independence of tribunals. New rules were then framed earlier this year by the Central Government but these carry out only superficial changes to the earlier rules and directly contravene law laid down by the Supreme Court.

Let us scan a few examples.

The new rules do not correct the current dispensation of tribunals functioning under parent administrative ministries against which they have to pass orders. This contravenes the Seven Judge Bench decision in L Chandra Kumar as well as the Five Judge Bench in R Gandhi wherein it was held that tribunals must not function under the ministries against which they have to pass orders and neither should the Members be granted facilities by such ministries. Hence, for example, the Armed Forces Tribunal today functions under the Ministry of Defence which is the first party in all litigation before it and against which it has to pass all orders. But reflecting a complete conflict of interest, the Ministry also happens to control its infrastructure, finances and staffing. Ditto is the case with the National Green Tribunal and other tribunals which have to pass orders against the Government and its instrumentalities. To top it all, complaints against Members of tribunals are also to be routed through the same Ministries. Even if it is taken only as a perception, the visible and invisible strings in such a scenario and the impact on the psyche of litigants can hardly be ignored.

The new rules also provide for the Secretary of the Ministry/Department to sit in the Selection Committee for Members of tribunals. Therefore, the person against whom orders are to be passed, also selects his/her adjudicators. This arrangement was deprecated and called "mockery of the Constitution" in Madras Bar Association. In fact, the Selection Committee has been incorporated in such a manner that it can function even in the absence of judicial representation whereas the Supreme Court has repeatedly called for primacy to judicial representatives in such selections.

In R Gandhi, the Constitution Bench had called for a minimum tenure of 5 to 7 years for Members of tribunals, however under the new rules, the tenure prescribed is 4 years with an upper age of 65 years, which also is theoretical. In case a retired High Court Judge is to be appointed, he or she gets a maximum of 3 years in chair since the retirement from the High Court is at 62 years. Practically, the tenure would be even lesser since only in rare circumstances is a Judge appointed soon after retirement. In such a situation, the non-judicial members get a longer tenure in comparison since they join tribunals at an earlier age. Interestingly, under these rules, the prohibition imposed on Members for further employment with the State and Central Governments has been removed.

Again in R Gandhi, vague qualification criterion for Members such as experience in economics, business, commerce, finance, management etc was eschewed and struck down. Still, in the new rules, the said criterion has strangely again been introduced for tribunals such as the Armed Forces Tribunal and the TDSAT, the logic and legality both of which is suspect.

For efficient delivery of justice, tribunals cannot function as stand-alone entities in vacuum without being configured with an efficient countrywide justice delivery system and our Constitutional Courts. Time and again the Supreme Court has emphasized on reducing the burden on the highest Court of the land but there seems to be no end to routine, innocuous and sometimes frivolous litigation reaching its gates. A Constitution Bench in Bihar Legal Service Society Vs Chief Justice of India 1987 AIR 38 had observed that the Supreme Court was only meant for exceptional cases and in most matters the High Court must remain the final arbiter. It was repeated thereafter in many decisions that the highest Court of the land must only interfere in Constitutional matters of general public importance or ones with pan India implication, however the Court is on the contrary burdened by mundane appeals and issues such as consumer and matrimonial disputes and direct appeals from tribunals which should not otherwise find themselves at the entrance invoking the majesty of the highest Court of the largest democracy. Today, the term "Special" in "Special Leave Petition" itself has become almost otiose and redundant. Even otherwise, access to the Supreme Court remains difficult and unaffordable for most litigants as also observed in RK Jain, L Chandra Kumar and recently again in Rojer Mathew.

There could be a few suggested practical solutions to the conundrum:

(a) In line with the original thought behind the availability of Special Leave to Appeal under Article 136, the matters reaching the Supreme Court by their very nature must be very rare, involving points of law of general public importance or interpretation of the Constitution, pan nation implication or where there is a major conflict on a point of law between two or more High Courts. The Division Benches of the jurisdictional High Court, an equally efficacious Constitutional Court, must be the final arbiter as observed in Bihar Legal Service Society, L Chandra Kumar and Rojer Mathew. Of course, jurisdictions such as the exclusive and advisory jurisdiction of the Supreme Court cannot be exercised by any other Court.

(b) Tribunals must function only under the Ministry of Law & Justice and not under parent administrative ministries and with the best possible facilities to Members to attract the optimum talent, with a sufficiently long tenure and under the aegis of an overarching body such as the National Tribunals Commission as suggested by jurists like Mr Arvind Datar and also observed by Justice DY Chandrachud and Justice Deepak Gupta in their separate observations in Rojer Mathew. The Income Tax Appellate Tribunal is a shining and successful example of a Tribunal functioning under the Ministry of Law & Justice.

(c) Excessive tribunalisation must be avoided except in highly technical areas since litigants are known to express more faith in the regular judiciary. Whenever instituted, tribunals must not be laden with vague eligibility criteria such as experience in economics, business, commerce, finance, management etc thereby making all and sundry eligible. Rather than creating more tribunals, the High Courts need to be strengthened. Giving stable rosters to High Court Judges can also bring in more understanding in various specialised branches of law.

(d) Tribunals can also be created within the regular judicial system with existing judges since there is a view prevalent, and not without valid basis, that non-judicial 'experts' appointed as Members carry over to the tribunal with them a certain over-familiarity with the subjects which can breed subjectivity. Calling specialized bodies a cause of decadence and decay, American jurist Judge Simon Rifkind, way back in 1951, stated that it "intensifies the seclusion of that branch of law and further immunizes it against the refreshment of new ideas, suggestions, adjustments and compromises which constitute the very tissue of any living system of law". There is yet another reason for the regular Court system being more robust, and that is that Courts never stop functioning even when facing critical shortage of judges, while tribunals and other quasi-judicial bodies come to a complete standstill because of non-appointment of Members or retirements. Interestingly, in certain classes of litigation, the pendency has rather increased after creation of tribunals.

(e) Widening of the intra-court appellate jurisdiction of the High Courts for appeals from Single Bench decisions to Division Benches, thereby giving finality within the same High Court in more subject matters, must be given due thought so as to provide an affordable and accessible remedy and to unburden the Supreme Court from hackneyed cases. This could be more practical than deliberating upon a 'Court of Appeal' sandwiched between High Courts and the Supreme Court.

The issues concerning tribunalisation and interconnected delivery of justice are not ones which cannot be tackled. It seems that though the political will to harmonise these issues was never lacking, due to some reason or the other, and want of consensus amongst stakeholders including opposition by various ministries, we remain stuck in a whirlwind of total chaos. As back as on 2nd August 2001, the then Law Minister, late Mr Arun Jaitley, had stated in Parliament that the Government was moving towards implementation of the decision in L Chandra Kumar by creating a separate Central Tribunals Division. Something that has not fructified. More recently, the current Law Minister had also appreciably alluded to the decisions of the Supreme Court dealing with tribunals in his opinion piece for the Indian Express on 20th April 2017. The Prime Minister had also red-flagged issues related to tribunals in a speech rendered on 4th April 2015.

With the political executive having shown its willingness to tackle these vexed issues, and on the strength of existing dicta of the Supreme Court, there should be no reason why these matters should not be resolved to the full satisfaction of all stakeholders, including the litigating public, at the earliest. It would rather be in the fitness of things to robustly overrule opposing voices that are not letting the vision of the political executive, the spirit of the Constitution and the decisions of Constitutional Courts take full effect and shape.

(Justice Virender Singh is Former Chief Justice, High Court of Jharkhand & Former Chairperson, Armed Forces Tribunal,Major Navdeep Singh is a lawyer at the Punjab & Haryana High Court & Member of the International Society of Military Law and the Law of War)