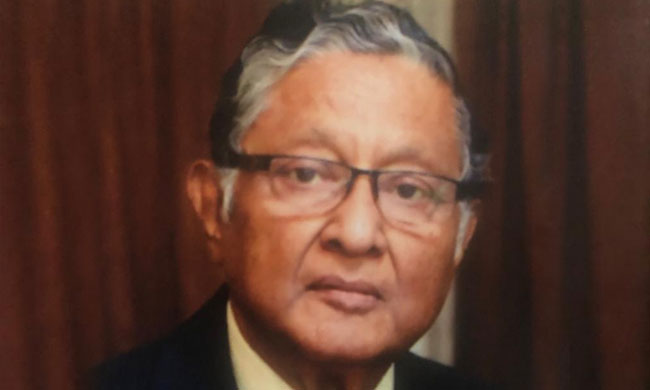 x
Mr. Dipankar Gupta truly represented the national dream of the 1950s which presented every citizen an opportunity to reach illustrious positions. Born in a middle-class family, he reached the top of his profession by industry, sincerity and dedication to his calling
Your free access to Live Law has expired
To read the article, get a premium account.

Mr. Dipankar P Gupta was a teenager when India got Independence. He became a lawyer in the sixth decade of the 20th century when a large number of Asian and African countries were breaking shackles of colonialism only to be enslaved by their very own native dictators.

As a young lawyer, he would have been delighted to see India taking a different path with firm foundations of liberal democracy. Rulers elected by the process of the universal adult franchise, an independent judiciary, rule of law, free press, fundamental rights and checks and balances of the doctrine of separation of powers. His dreams about his own bright future would have intertwined with the prospects of the emancipation of his society where these constitutional provisions/processes would have an important role.

This is the milieu which shaped, in their youth, the conduct and thought process of the great lawyers of the generation of Mr. Dipankar Gupta, Mr. Andhyarujina, Mr. PP Rao and Mr. Anil Diwan who we have lost recently. These greats are leaving us at a delicate moment when the abovementioned pillars of liberal democracies are under severe strain.

Mr. Dipankar Gupta truly represented the national dream of the 1950s which presented every citizen an opportunity to reach illustrious positions. Born in a middle-class family, he reached the top of his profession by industry, sincerity and dedication to his calling.

Jurists say that the job of the courts and judges is not just to decide and dispose of cases. Their job is to aim to create a society free of conflict. Litigation for Mr. Gupta was never a battle. For him, fair was fair and he fouled never, if I am allowed to misquote Shakespeare from Macbeth.

It was beneath his dignity to say anything to the judge(s) which will prejudice them against the other side even when the senior lawyers on the other side were sometimes diligent in their attempts to prejudice the judge(s) against Mr. Gupta's clients. When his assisting counsels pointed out to him the game of prejudice being played by the other side, his response would be simple—do you think we should win by using these tricks or by arguing the strengths of our case!

He did not accept more than five to six briefs on a Monday/ Friday (the miscellaneous days where the Supreme Court hears short admission matters). This caution may baffle the leading lights of the bar today. On Tuesday to Thursday, which are final hearing days in the Supreme Court (in theory at least), he never accepted more than two matters. He always came to the court most thoroughly prepared. He agonized if there would be a clash between his two matters affecting the fate of one of his clients because of his not being there. He never depended on the juniors to tell him which page number to show to the court and which paragraphs of which case law to cite. Assistance was to be given to him only in his chamber. In the court, he was as prepared as anybody else.

Simply put, he took full responsibility for what he was doing. This sense of obligation was the rock on which the liberal professions (lawyers, journalists, professors) were to erect their respective 'Mandaps' leading to the 'Sikhar/ Viman' of a liberal democracy. The liberal democracies are tottering today, at our home and abroad. One of the many complex reasons is the decline of liberal professions, in their own standards and receding trust of citizens in these professions.

Tall, handsome and well built, there is little doubt that Mr. Gupta was a rock of strength which we have lost. While we mourn this monumental loss, it will be unfair to him to not celebrate the fulfilling life he lived. He became Advocate General at the age of 42 years, possibly one of the youngest Advocate General any state government has had. He was a father figure to his juniors and a guru to his son. Justice Ruma Pal studied in his chamber and became one of the most revered judges of the Supreme Court of India. Another former chamber pupil, Mr. Samaraditya Pal's arguments lit up the courtrooms of Calcutta High Court and his books enlighten the legal minds in the areas of Constitutional Law, Service Law, and other fields.

His subtle sense of humour could light up any conversation. In the small get-together organized at home, delicious Bengali food used to be served where Mr. Gupta listened to the most junior member of the Bar with the same attention as the well-established senior members. Mr. Gupta insisted that people should not talk about court in such get-togethers. However junior members were allowed to talk about "courtship".

His leaving us is a moment of profound grief. However, the parts of his life which he shared with us made our little, insignificant journeys beautiful, in those moments. He left us his memories, his jokes and, most importantly, an exemplar life which will keep inspiring us.