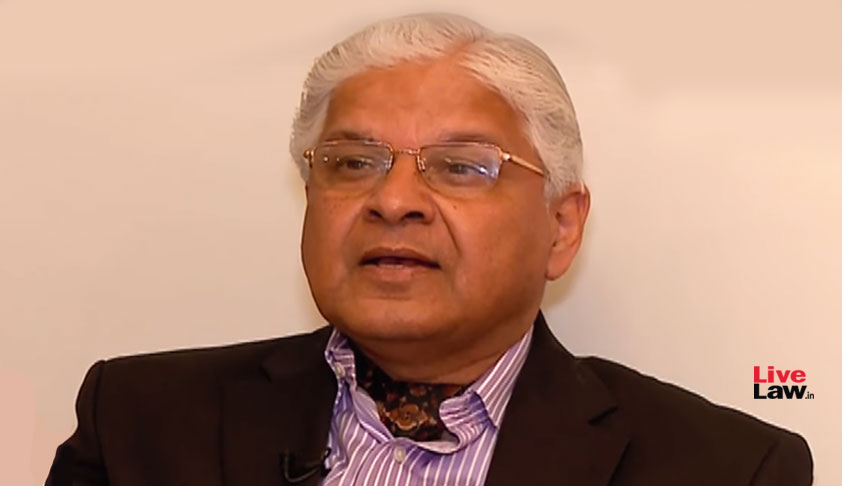 On the 26th Day of January 71 years ago, a free people gave unto themselves a charter of national aspirations, imagined and nurtured in the crucible of a long and arduous struggle for freedom. A Republic, representing a confluence of cultures spanning diverse currents of history was established, setting aspirational benchmarks for political, social and economic justice in free India....

On the 26th Day of January 71 years ago, a free people gave unto themselves a charter of national aspirations, imagined and nurtured in the crucible of a long and arduous struggle for freedom. A Republic, representing a confluence of cultures spanning diverse currents of history was established, setting aspirational benchmarks for political, social and economic justice in free India. Our founding moment, that represented a transformation of subjects into citizens, was about the shaping of democracy anchored in freedom and justice for all as understood in the 'tapestry of history'. The ideal of 'Poorna Swaraj' unfolded by the Indian National Congress in 1929 envisioned a society in which all could live in harmony and happiness

Despite challenges that have threatened the nation's unity since Independence, we have held our own to prevail against all odds. Bound together by blood and bonding, a common civilizational heritage and shared sense of destiny, we have emerged as a powerful voice in the comity of nations for the shaping of a new global order. As the world's largest democracy predicted to be the third largest economy by 2050, we can be justly proud of our significant achievements as a nation. These include a successful conduct of the world's largest electoral exercise, the largest digital individual identification program and the largest vaccination program anywhere in the world. The enviable success of our Space and Nuclear programs does us proud as a nation. The pageantry and grandeur of the Republic Day parade mirrors the confidence of a nation on the move.

But lest we forget, this is only a part of the story. The robust economic growth in past years notwithstanding, India ranks 144th out of the 153 countries in the United Nation's World Happiness Report for 2020. It stands at number 51 in the Economic Intelligence Unit's Democracy Index of 2019 and is at 129th position out of the 189 countries reviewed in the United Nation's Human Development Index report of 2020. We spend barely 2% of our GDP at 2.6% trillion dollars for securing the health of 1.3 billion people. The richest 1% own 53% of the national wealth while the poorer half shares only 4.3% of the country's wealth amongst themselves.

The rise of political extremism, domestic terrorism, escalating ethnic and caste related violence, a pervading sense of hopelessness, bitterness, rage and alienation of vast sections of our people point to a society under strain and in distress. Rising social and economic inequities interrogate the Constitution's promise. A frontal assault on multi-culturism negates our commitment to a common cultural heritage. Falling standards of moral rectitude in the conduct of politics, loss of inclusiveness and public contestation, the drowning of conscientious disagreements under a fusillade of abuse, criminalization of dissent and a political universe of lies in which leaders feel liberated from the truth, question the resilience of our democracy. The persecution of political opponents, laws constraining liberties, a disturbed constitutional equilibrium of power and responsibility between the three branches of government and a demonstrated disdain for the discipline of federalism and constitutional principle have denuded our democracy of its moral legitimacy.

The unprecedented farmers' agitation is a resounding loss of confidence in the processes of governance and a deafening reminder of the tyranny of laws. Distressing incidents of violence on the Republic Day draw attention to the volatility inherent in mass protest movements and the limits of the State's police powers in responding to aggravated sensitivities. The Government's unwise resort to oppressive and selective enforcement of draconian laws fails the test of proportionality and democratic restraint. The increasing dysfunctionality of Parliament and the failure of responsive accountability on the part of other democratic institutions is an ominous signal of a weakened democracy. The flawed functioning of our constitutional institutions is a reminder of the French statesman Chateaubriand's caution "that every institution goes through three stages: utility, privilege and abuse." Are we in the third stage in the life of our liberatarian institutions and must we suffer a Government that wears the "badge of lost innocence", is the question.

Imagined scandals and invented injuries coalesce into a self perpetuating falsehood and produce an environment in which justice is reduced to an optical illusion. A polity that invokes moral relativism to blunt the testing measure of power and promotes the triumph of power over principle, passion over reason and mediocrity over merit is an affront to the vision and memory of our founding fathers. As we celebrate the 72nd Republic Day, history, as our collective burden, beckons us to vigorously assert and energize ourselves in the advancement of constitutional goals. We must resolve not to 'lock the agitation in our hearts' and strive to establish "constitutional morality as a national sentiment". As citizens, we must reject a willingness to be deceived, for "lies don't work unless they are believed". Nor can we be seduced by the trappings of authority and temptations of uncontrolled ambition. Let us not discount, as we do today, the value of soaring idealism that has inspired the birth of our Republic and which must define its politics. We must, therefore, support leadership that is not "wrapped up in itself". Let us resolve to sustain our plurality and travel together so that we may travel far. And we must heed President Joe Biden's timely advice in his inaugural speech that 'disagreement need not lead to dis-union' and that we must 'open our souls, instead of hardening our hearts'. Only then can we hope to secure the divine benediction prayed for by Gurudev Tagore, for our nation "Where the mind is without fear and the head is held high… Where words come out from the depth of truth… Where the mind is led forward by thee into ever-widening thought and action…" Let me conclude with the hopeful felicity of Seamus Heaney:

"…But then once in a lifetime

Of justice can rise up,

and hope and history rhyme..."

(Author is a Former Union Minister for Law & Justice And Senior Advocate at the Supreme Court of India. Views expressed herein are personal)