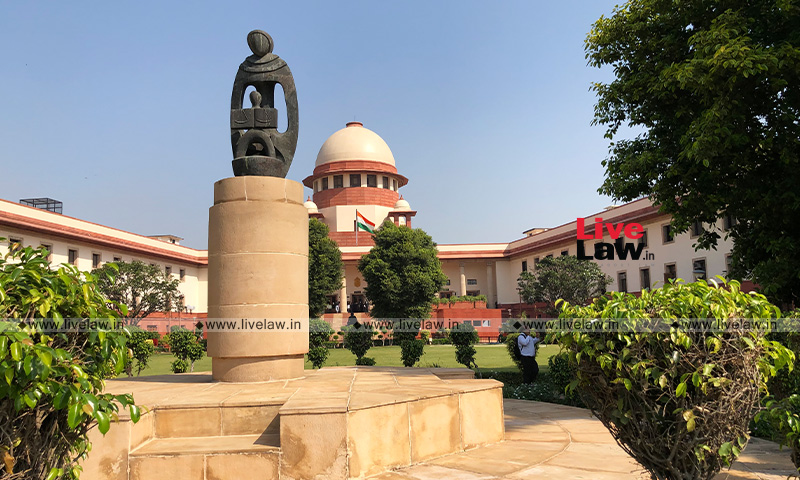 "…I think 65 years is too early an age for someone to retire…" were the words of the present Chief Justice of India, Justice N.V. Ramana, while responding to query made during online conversation on Comparative Constitutional Law. This response by the CJI has reignited the long-standing demand and debate over the retirement age of judges of the Supreme Court and the High Courts....

"…I think 65 years is too early an age for someone to retire…" were the words of the present Chief Justice of India, Justice N.V. Ramana, while responding to query made during online conversation on Comparative Constitutional Law.

In the year 2002, Justice Venkatachaliah Report (Report of National Commission to review the working of the Constitution) submitted its report. In Para 7.3.10 of the report it was recommended that the age of retirement of the judges of High Court and the Supreme Court should be increased to 65 and 68 respectively. Two decades later, there is no headway and the report is in the darkness of dormancy.

In March 2021, the Union Government informed the Parliament that there is no proposal to increase the retirement age of the judges of High Courts and Supreme Court.

The current age of retirement and Is there any rationale behind it ?

Article 124 of the Constitution states that judge of Supreme Court shall hold office till he 'attains the age of sixty five years'. It would be expedient to analyse the debates in Constituent Assembly on this aspect. This was subject matter of Constituent Assembly proceedings of 24.05.1949. In true spirit of debate and democracy, contrasting opinions were conscientiously asserted during the debate. At one end of spectrum, there were members like Jaspat Roy Kapoor, Mohanlal Gautam and others, who asserted that age of 60 years would be more than suffice. They premised their argument on retirement age of government officials and suggested there is no need to increase the retirement age for judges. It was suggested that judges after 60 must make room for others.

On other end of spectrum there were members like Professor KT Shah who demanded that we should adopt practices of England and USA and have judges in office for life, subject to good behaviour.

It would be worthwhile to mention that the Federal Court and the Chief Justices of various High Courts of India recommended the retirement age of 68 years for the judges of the Supreme Court and 65 years for the judges of High Courts. Members like Mr B. Pocker Sahib, Mr Naziruddin Ahmad and Mr Mahboob Ali Baig asserted that the retirement age should be 68 years in conformity with above recommendation. Members like Shri M. Ananthasayanam Ayyangar sought to bring a sense of balance amidst these contrasting demands by agreeing to the proposal of 65 years as the retirement age.

A deeper analysis of constituent assembly debates would demonstrate that there was no rationale offered by the Prime Minister Jawaharlal Nehru and the Law Minister to propose age of retirement as 65 years for judges of Supreme Court, especially in the light of the above recommendation noted in the preceding para. Nehru made an impassioned speech before the Constituent Assembly. He asserted that the retirement age of 65 years suggested by the drafting committee "is by no means unfair, for it does not go beyond any reasonable age limit that might be suggested". Despite appreciating the practices prevalent in other democracies Nehru did not provide reasoning for having divergent retirement age of 65 years in India. It was literally act of pulling out of thin air by government. These words of Nehru exhibit the apparent irrationality in prescribing the age, He stated in Assembly '…It is rather difficult to give particular reasons for a particular age, sixty-five or sixty-six; there is not too much difference. After much thought, those of us who were consulted at that stage thought that sixty-five would be the proper age limit…'.

B.R Ambedkar, the first Law Minister tried to infuse some rationale by suggesting that in view of Draft Article 107 (Article 128 of Constitution) which provided appointment of retired judges to sit and decide particular case or cases, there is less or no possibility of losing talented individuals who have already served on the Supreme Court. The reasoning was fallacious for more than one reason. Firstly, there is no nexus between the appropriate retirement age of judges and the appointment of retired judges on ad hoc basis to decide particular case or cases. Secondly, the provision is utterly impracticable in diverse and populous country like India.

There have been few instances before 1975 when retired judges were appointed under this provision. But for the last 47 years, no such appointment is made under the provisions of Article 128. This manifests the inherent fallacy of being impracticable in the provision. This lacuna was articulated by the CJI Bobde when he said re-employing retired judges '…may appear easy from outside…'.

In the absence of legitimate reasoning it was inappropriate for the government to overlook the recommendation made by Federal Court and Chief Justices of High Courts and the well-established practices in other democracies.

In the India of 1950, the average life expectancy was 35.1 years and in the year 2022 the average life expectancy is more than 70 years[1]. The legislature and executive have not taken cognizance of this pivotal aspect despite their being numerous representations and calls for increasing the retirement age. It would be expedient to increase the age of retirement for this reason alone.

Another important aspect which warrants consideration is that in 1950's the average age when a judge got elevated to Supreme Court was 56-57 years. In the last more than decade, the average age has increased to 59-60 years and 60.3 years in case women judges. This barely gives particular judge tenure of five years in the Supreme Court. The experience and wisdom acquired by judges over the years is forced to remain unutilized in the Supreme Court because under the current system the judges have to retire at the prime of their ability, experience and efficiency. Many judges who are elevated to Supreme Court do not even get opportunity to be the senior judge on the bench.

The Federal Court and Chief Justices of High Courts recommended difference of three to five years between the retiring age of High Court judge and Supreme Court Judge. It is apparent that on this premise the age was fixed to be 60 years for judges of High Courts in Draft Article 193 (Article 217 of the Constitution).

The position on retirement of superior court judges in other democracies-

India in its 75th year of Independence is one of the straggling countries where the judges of Constitutional Courts retire at a fairly younger age in comparison to the judges of constitutional courts in other jurisdictions/countries. In the United States, the judge of Supreme Court continues to hold office till his death. In the countries like Norway, Australia, Denmark, Belgium, the Netherlands, Ireland, the prescribed retirement age is 70 years. In Germany, the retirement age is 68 and in prominent democracy like Canada, the retirement age is 75 years.

It would be beneficial for our judicial system to increase the retirement age of Constitutional Court Judges to be in conformity with other democracies in the world.

Justice Graham Bell, who was the last judge to be appointed in the Australian Federal Court before the Constitution Alteration (Retirement of Judges), 1977 (which fixed 70 years as retirement age under Section 72), came into force, stated on retirement, at the age of 78, '…These days 70 is equal to 60 or 55… Judges should be able to go on till 80 provided they pass a medical inspection. After all, the pension makes judges pretty expensive creatures in retirement. They are sent out to pasture too early…'.

Why the age should be increased ?

The Indian judicial system is crippled with the pendency of cases. As on 01.04.2022 there are 70,632 matters pending before the Supreme Court of India alone. As per the data, more than 56 lakh cases are pending in the High Courts of the country. In addition, 21% of the cases pending in the High Courts are pending for more than 10 years. It is worthwhile to remember that the Covid19 pandemic has resulted in further accumulation of pendency. Despite the extraordinary efforts by the judiciary, led by the Supreme Court, to provide access to justice during the pandemic, the pendency of the cases ought to have increased manifold. The humongous pendency coupled with judicial vacancies, have paralysed the justice delivery system. The fresh appointments have increasingly become long drawn out process. In High Courts 42% of total sanctioned posts of judges are lying vacant. In the Supreme Court when Justice Ramana took over office of CJI the Court was functioning with 24 judges against the sanctioned strength of 34. The efforts of CJI Ramana deserve appreciation, he expedited the process of appointment and consequently 9 judges took oath on single day i.e. 31.08.2021. By end of this year 8 judges would have retired from Supreme Court which would again lead to vacant posts.

The office of Judge warrants heavy sacrifices, both professionally and personally. It is common knowledge that lawyers with established practice hesitate from adorning the judicial office. The age limit of sixty-five years discourages the high legal talents from accepting the high judicial offices. There is no empirical data available which substantiates the apprehension that at the age of 65 a person is not capable of adjudicating legal issues. When you need the best men, age cannot be sole criterion.

The legendary United States Supreme Court judge Justice Oliver Wendell Holmes, Jr. who is remembered as 'great dissenter' and possibly the finest judge to adorn the US Supreme Court retired two month before his 91st Birthday. Justice Holmes was 78 years of age when he laid down the test of 'clear and present danger' as the only basis of limit to the right of free speech in the landmark case of Shenck vs United States (1919) 249 US 47.

Before concluding, it would be prudent to refer to debate of Shri Naziruddin Ahmad, in the Constituent Assembly. He argued that retirement age should be at least 68 years and he stated '…if you put the age limit of sixty-five, you will be shutting out from the service of the country men of real worth and ability at the very high of their efficiency and experience. In these circumstances, I should think that the age limit should be sixty eight…'.

The statement of CJI Ramana should be seen clarion call to ensure that judges of the Constitutional Courts, who are at very high of their efficiency, ability and wisdom are able to render their services to our great nation and its judicial system.

Author is a litigation lawyer based in New Delhi. He has in past successfully challenged the vires of NJAC Act and The Constitution (Ninety-ninth) Amendment Act, 2014.