Private Defence In The Context Of Partner Violence : When Jayabharathi Discovers The Fighter In Her | Law On Reels 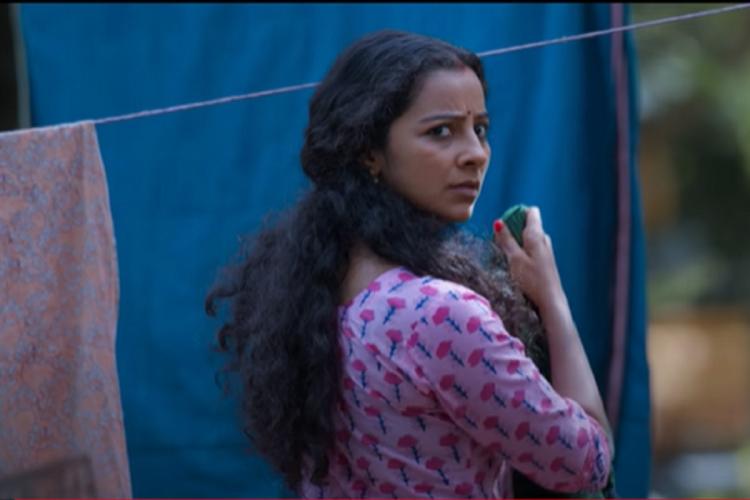 Jayabharathi in the Malayalam movie "Jaya Jaya Jaya Jaya He", fondly called Jaya is an ordinary next door girl, short and lean in stature from a very humble background. The Jaya, the author refers to is the character from the recent Malayalam movie 'Jaya Jaya Jaya Jaya Hey'. Jaya like many amongst us was also indoctrinated to be less ambitious, tutored to adjust her needs and suppress her choices. In every crucial decision about her life from the choice of career to choice of marriage her "no" meant "yes". As usual she also couldn't escape from the rooster coop, a metaphor borrowed from Balram of the White Tiger. To save the familial status that got slightly ruptured as per her family owing to her broken relationship with her tutor turned lover, Jaya was forced to enter the so called "arranged" marriage. There rolls the whammy of poor Jaya. The movie rightly places the song titled 'Enthanithu Engottithu' translated as "what is this and where is it heading to" while Jaya was leaving to her matrimonial house on the day of marriage. The lyrics of the said song made a lot of sense with regard to the cluelessness of her future as the lyricist rightly pointed it to be a tangled knot.

The husband of Jaya, Mr. Rajesh a perfect young gentleman in outlook, running a successful poultry business, exhibited high familial responsibility and above all never demanded any dowry nor he coerced for any such things after marriage. Everything seems perfect from the lens of society but in reality the veneer of his gentleman personality was highly problematic. He was a tetchy, cantankerous and bestriding person who even controlled the choice of food of the entire family. For all paltry reasons he caused hurt on Jaya. Jaya as tutored never reacted to the hurt committed, instead suffered the pain. Her agony went unheard despite being complained to her own parents. As many parents her parents too wanted to save the marriage above their daughter's life!

Now, the story gets a twist when Jaya for the first time saved a slap by guarding her husband's fist and when questioned for reacting she just exhibited her martial art skill, kicked her husband so strong throwing him towards the wall. Indeed an unexpected move from our ordinary Jaya, but what sounded interesting is the reaction of the audience in the houseful theatre who were rejoicing over that fall of husband. This celebration definitely signaled the positive change in the mindset of the Malayali audience who is acknowledging the fact that this presumably holy union of marriage is no more an oppressing one and wife too can be defiant for her own existence.

From here the movie narrates how Jaya whose all doors closed was knowingly or unknowingly exercising one of the most precious statutory rights guaranteed under our Indian Penal Code 1860, the right to private defence. Principal drafter of IPC, Thomas Babington Macaulay, in his draft code expatiated that: [1]

"In this country … the people are too little disposed to help themselves; the patience with which they submit to the cruel depredations of gang-robbers and to trespass and mischief committed in the most outrageous manner by bands of ruffians, is one of the most remarkable, and at the same time one of the most discouraging symptoms which the state of society of India presents to us. Under these circumstances we are desirous rather to rouse and encourage a manly spirit among the people than to multiply restrictions on the exercise of the right of self-defence."

Thereby the code makers exempted large classes of acts done in good faith from penal clauses for repelling unlawful aggression.[2] Getting its support from the common law, the doctrine of necessity thereby permitted one to defend one's person or property or the person or others against an unjustified attack by the use of reasonable force.[3] Hence, this doctrine of self defence is based on the instinct of self preservation and has been recognized as a lawful defence in the laws of all civilized countries.[4]

This right has been recognized in Section 96 to 106 of the Indian Penal Code, 1860.Section 96 provides that 'nothing is an offence which is done in the exercise of right of private defence' and Section 97 provides that every person has a right to defend his/her own body or the body of any other person against any offence affecting the human body, though subject to the restrictions contained in Section 99, which limits the right of private defence to the extent of harm caused. Section 100 read with Section 106 extends the right of private defence to cause death in seven occasions involving apprehension of death, grievous hurt, assault with the intention of committing rape, An assault with the intention of gratifying unnatural lust; An assault with the intention of kidnapping or abducting; An assault with the intention of wrongfully confining a person, under circumstances which may reasonably cause him to apprehend that he will be unable to have recourse to the public authorities for his release and finally for an act of throwing or administering acid or an attempt to throw or administer acid which may reasonably cause the apprehension that grievous hurt will otherwise be the consequence of such act .The right of private defence of the body commences as soon as a reasonable apprehension of danger to the body arises from an attempt or threat to commit the offence, though the offence may not have been committed. It continues as long as such apprehension of danger to the body continues [S. 102].

Courts too have recognized the right of private defence as a very valuable right that has a social purpose.[5] The honourable Apex court held that the right such a right will not only have a restraining influence on bad characters but it will also encourage the right spirit in a free citizen. There is nothing more degrading to the human spirit than to run away in the face of peril. [6] Vividly in Puran Singh v. State of Punjab[7] the court has explained the circumstances where the right to private defence can be exercised:

1. There is no sufficient time to recourse to the public authorities

2. There must be reasonable apprehension of death or grievous hurt to the person or danger to the property concerned

3. More harm than necessary should not have been caused.

The most celebrated judgment decoding right to self defence is that of Darshan Singh v. State of Punjab[8]. The following principles emerged on the scrutiny of the various precedents by Justice Dalveer Bhandari:

(ii) The right of private defence is available only to one who is suddenly confronted with the necessity of averting an impending danger and not of self-creation.

(iv) The right of private defence commences as soon as a reasonable apprehension arises and it is co-terminus with the duration of such apprehension.

(v) It is unrealistic to expect a person under assault to modulate his defence step by step with any arithmetical exactitude.

(vi) In private defence the force used by the accused ought not to be wholly disproportionate or much greater than necessary for protection of the person or property.

(vii) It is well settled that even if the accused does not plead self-defence, it is open to consider such a plea if the same arises from the material on record.

(ix) The Indian Penal Code confers the right of private defence only when that unlawful or wrongful act is an offence.

(x) A person who is in imminent and reasonable danger of losing his life or limb may in exercise of self defence inflict any harm even extending to death on his assailant either when the assault is attempted or directly threatened.

Unfortunately the victims of violence of intimate partners rarely resort to this right of self defence owing to the indoctrination that wife/partner can never retaliate. Worst part is that the tectonic plates of marriage can never be shaken by the wife to create a disturbing waves while vice versa is completely normal and righteous even within the religious tenets of many major religions. Here Jaya, unusually, discovered her strength and simply exercised her legal right making no offence in the eyes of law. Interestingly Jaya also symbolized resilience by standing in her our own feet financially. Towards the climax, we can see her taking bold decisions, giving a message that it is high time we women wake up, tighten our belts ,discover the fighter in each of us and with a kick ask the society:

"Eppo ellavarum happy alle?" translated as "Now all of you are happy right?"

(This is the twenty-seventh article in the "Law On Reels" series, which explores legal themes in movies)