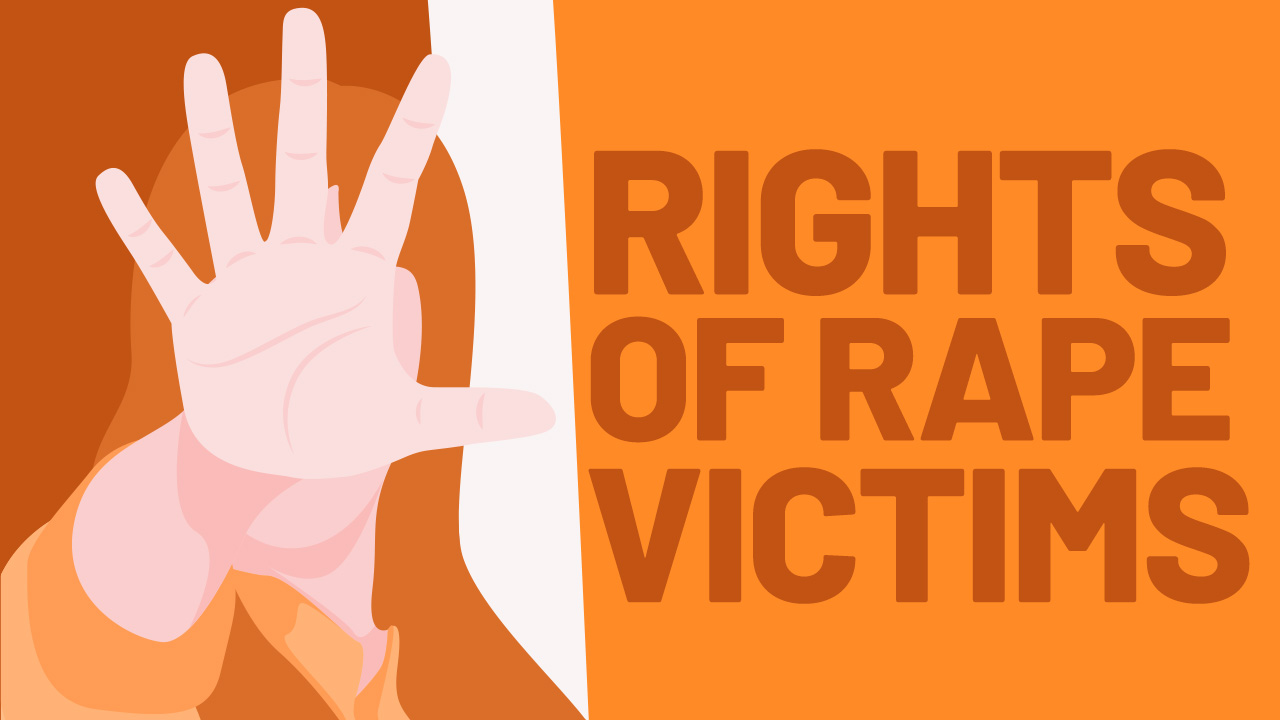 Rape is a stigma which exists in the society from a long time. Rape in India is a cognizable offence. Section 375(1) of Indian Penal Code defines rape as sexual intercourse with a woman without her consent, it amounts to rape. As there ports of the police in the national capital Delhi is that there's an increaseof 21.6% in rape cases registered in 2021 as compared to the 1618 cases in 2020[1]. Following this there were widespread agitations and women's movements which led to several parliamentary debates and changes in the law. Also, major changes in law were also brought after the Nirbhaya Case[2], to fill the lacunas in the rape laws.

There are six rights available to thesurvivors of rape-[3]

2.Free medical treatment even in any private hospital.

3.No two-finger test during medical examination.

Every information relating to the commission of a cognizable offense shall be entered in a book to be kept by such officer in such form as the state government may prescribe in this behalf.

Also, if an officer denies to file FIR then under IPC Section 166A – whoever, being a public servant fails to record any information given to him under sub-section (1) of section 154 of CRPC (1973), in relation to cognizable offense punishable under section 354 of IPC shall be punished with rigorous punishment which shall not be less than six months which may extend to 2 years and shall also be liable to fine.

2. Any hospitals government or private has to provide free medical treatment to the rape victims.

Clause (c) of section 375 of CRPC deals with the treatment of victims where all hospitals, public, or private shall immediately provide the first aid or medical treatment free of cost to the victims of any offense covered under section 354 of IPC (45 of 1860) and shall immediately inform the police of such incident.

IPC Section 166 B has provisions for non-treatment of victims where the authority in that case will be liable for 1 year punishment and as well as fine.

The two-finger test cannot be done to the rape victims.

The Apex Court in the case "Lillu Alias, Rajesh and another vs State of Haryana" [ Criminal Appeal No. 1226 of 2011]stated that the two-finger test and its interpretation violates the right of therape survivors to privacy, physical, mental integrity and dignity[4]. The test is done to check out whether any sexual activity has occurred or not or any marks of injury is present in the victim's body or not, it is not done for character assassination. If any gens doctor will do a medical test on the victim then he has to take required consent and has to give details of the whole procedure of the medical test done on the survivor. In the present time the forensic test is prescribed for the rape victims. And as such the Chhattisgarh government has taken an amendment that only lady doctors can examine the rape victims.

4. The rape victim has the right to harassment free and time bound police investigation.

Section 154(1) of CRPC, provided that if the information is given by the woman against whom an offense under section 354 is alleged to have been committed or attempted, then such information shall be recalled by a woman police officer or any woman officer.

1(b) provided further that in relation to the offence of rape, the statement of the victim shall be conducted by the residence of the victim or in the place of her choice by a woman police officer in the presence of his parents or guardian.

Section 173(1A) states that the investigation shall be completed within two months from the date on which the information was recorded.

6. CRPC section 357A states about victim compensation scheme. The victim is provided the compensation because the fundamental right which is stated in article 21 has been violated, so it becomes the state's responsibility to provide the compensation.

The Supreme Court in the case 'Nipun Saxena vsUnion of India' [ Civil Writ petition No. – 565 of 2012][6] gave the directions for framing a compensation scheme.

In the case of "Manohar vs State of Rajasthan and Ors", [ Criminal Appeal No. 99 of 2015] [7]the apex court gave out the ruling that compensation can be given even if the crime goes unpunished for want of adequate evidence.

The heinous crime of rape can never be pardoned and the victims has their strongest resort to litigation which will evidently help them to get their moral rights. As also, martial arts like- Karate should be taught to the girls in the school as part of vocational training[8]. According to the National Crime Records Bureau of India, there are around 88 rape cases reported in the country every day. Thus, there is an urgent need to enhance some political sensitivity, special courts and training programmes to be able to control the worsening situation.