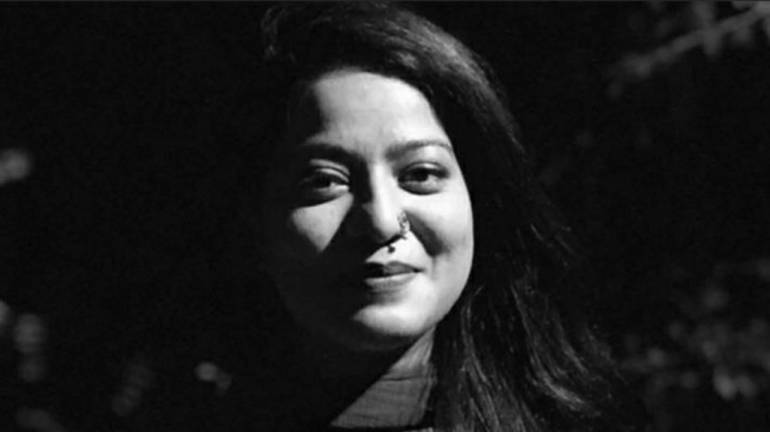 x
In a manner which is shockingly casual, the stringent provisions of UAPA were roped in.

The order passed by Additional Sessions Court, Patiala House, New Delhi refusing bail to Jamia Milia University scholar Safoora Zargar is based on muddled reasoning, circular logic and wild speculations.27- year old Zargar, who is in the second trimester of her pregnancy, is facing allegations of committing offences under the Indian Penal Code and the Unlawful Activities Prevention Act for...

27- year old Zargar, who is in the second trimester of her pregnancy, is facing allegations of committing offences under the Indian Penal Code and the Unlawful Activities Prevention Act for the alleged conspiracy behind the riots which occurred in Delhi in February.

The prosecution alleged that her "inflammatory speech" on February 23 led to violence and rioting in North East Delhi.

Zargar's counsel argued that she was only holding legitimate and peaceful protests against the Citizenship Amendment Act in accordance with her constitutionally guaranteed fundamental right to speech and expression. Even assuming the prosecution case to be true for argument case, there is no ground to invoke the stringent provisions of UAPA, the counsel argued in the alternative.

The counsel also sought bail on humanitarian grounds saying that Zargar was 21-weeks pregnant and was suffering from Poly Cystic Ovarian Disorder and urinary tract infection.

Rejecting these submissions, the Court denied bail, citing Section 43D(5) of UAPA, which says that bail should not be granted if a prima facie case is made out. But to apply Section 43D(5), the Court should first explain if the case will fall under UAPA, prima facie.  It is here, in explaining this aspect, that one would find the most egregious aspects of the order.

Based on materials produced by the prosecution, such as whatsapp chats and witness statements recorded under Sections 161/164 CrPC, the Court stated that there is "prima facie evidence to show that there was a conspiracy to at least blockade the road (chakka jam)".

From this minor strip of prima facie case for road blockade, the order takes off on a fanciful flight to UAPA.

Immediately after stating that the accused conspired for road blockade, the Court says "one cannot ignore the case of the prosecution that the accused persons have conspired to cause disruption of such an extent and such a magnitude that it would lead to disorderliness and disturbance of law and order at an unprecedented scale"(emphasis supplied).

As evident, one can find the usage of a lot of vague terms here, such as "disruption of such an extent..such a magnitude", "unprecedented scale". Are these expressions in reference to the "road blockade" alleged to have been organized by the accused? There is no specific explanation given, forcing one to speculate. Anyhow, the Court abruptly states that this is a ground to validly invoke UAPA, leaving one perplexed if a "road blockade" as part of a protest can lead to UAPA. Shockingly, this conclusion is solely based on the "case of the prosecution", which has not been tested against the arguments of the accused.

Next, one can see a constrained attempt by the Court to say that the acts of the accused (road blockade!) amounts to "unlawful activity" under Section 2(o) of the UAPA.

The phrase "disaffection against India", has been well explained in a plethora of judgments such as Kedar Nath Singh vs State of Bihar, in the context of sedition punishable under Section 124A IPC. The settled law is that mere expression of dissent against government will not be "disaffection against India". In Kedarnath, the SC read down Section 124A to hold that the application of sedition should be limited to "acts involving intention or tendency to create disorder, or disturbance of law and order; or incitement to violence".

Quoting these words from Kedarnath decision, the Court here jumps into a stretched conclusion, that "any activity which has a tendency to create a disorder or disturbance of law and order to such an extent that an entire city is brought to its knees and entire government machinery is brought to a grinding halt, such an activity would obviously be an unlawful activity within the meaning of Section 2(o) of UAPA"(emphasis supplied)

There are two major problems with Court's approach here.

Firstly, the Court ignores the subsequent evolution in the jurisprudence of sedition and anti-terror laws, which imported the conditions of 'overt acts' and 'imminent violence' to criminalize speech and expression of opinion (Balwant Singh, Arup Bhuyan cases). It can be gathered from these line of judgments that the mere speech or statements, without any overt violent act, or incitement of imminent violence will not amount to offences against the State. The judgment in Balwant Singh case has also laid down the additional test of examining the response the alleged act has evoked in public. The Court omitted to see these safeguards introduced by SC precedents to check arbitrary use of anti-terror laws. Also, the Court did not bother to discuss if the 'test of imminence' was satisfied in this case. Even from the prosecution's case, one does not see an argument that the road blockade allegedly organized by the applicant had led to imminent violence. The order does not provide any prima facie nexus between the acts of the accused and the violence which happened in North East Delhi on February 23.

Secondly, the court equates "disturbance of law and order " with "disaffection". The UAPA does not define what "disaffection" means. But since the Court invoked the tests of sedition applied in Kedarnath case, it should be apposite to refer to the definition of 'disaffection' under Section 124A IPC.

"The expression "disaffection" includes disloyalty and all feelings of enmity", as per Explanation 1 of Section 124A IPC.

Every case of disorder of law and order will not become "disaffection against the State".

Therefore, without any finding that there were feelings of "disloyalty or enmity", the Court could not have characterized mere acts of disorder of law and order as "disaffection". Unfortunately, that is what the Court exactly did, by saying that any act of disturbance to public order so as to bring a city to its knees and government machinery to grinding halt is "obviously" an unlawful activity. Thus, in a manner which is shockingly casual, the stringent provisions of UAPA were roped in.

Next, the Court says that the accused can be made liable for the acts and words of her co-conspirators. But for that, there should be evidence of criminal conspiracy. This is where one sees the roundabout logic in the judgment. The Court starts with the premise that there is conspiracy, without discussing any material in support of that conclusion. The only conspiracy which the Court found was the one to create road blockade and there is no explanation in the judgment as to how this can be extrapolated to conspiracy behind Delhi riots.

The Court also employs empty rhetoric, perhaps to distract one from the shortcomings in reasoning, by saying "When you choose to play with embers, you cannot blame the wind to have carried the spark a bit too far and spread the fire".

True, there is an embargo under Section 43D(5) of UAPA in granting bail if there is a prima facie case. But that embargo is applicable only to offences under Chapters IV and VI of the UAPA, which deal with offences relating to "terrorist activities" and "membership of terrorist organizations", respectively. A mere incident of "unlawful activity", assuming the Court's reasoning to be correct for argument sake, will not qualify as "terrorist act" as per UAPA. The Court's order is absolutely silent on how the allegations against Zargar can be brought under Chapters IV and VI of the UAPA, so as to attract the embargo under Section 43D(5).

The Court cannot evade its function by simply citing Section 43D(5). The Section says that should be 'reasonable grounds' for 'believing' that the accusation against such person is 'prima facie true'. Therefore, the Court has to judiciously establish with 'reasons' how the prima facie case is made out. In fact, it is expected that the Court employs more care and circumspection in forming satisfaction regarding prima facie case, in view of the stringent provisions of the UAPA. In a recent judgment in reference to this provision, the SC expressed that "it is the duty of the Court to be satisfied that there are reasonable grounds for believing that the accusation against the accused is prima facie true or otherwise" (NIA vs Zahoor Ahmed Shah Watali).

On the contrary, the Court here demonstrated a perfunctory approach. The case here fails to pass the muster of prima facie case for UAPA, even applying the yardstick of "broad probabilities" discussed by the SC in Watali case.

The Court said that it was not concerned with the sanctity of the materials at this stage, and was considering the same only for the purpose of ascertaining the existence of prima facie case. As per the Court's own words, the prima facie case revealed by the materials of the prosecution was a conspiracy for road blockade, which at best attracts bailable offences under the IPC. The matter, ideally, ought to have ended there. But the Court stretched such a prima facie case to "unlawful activity" under UAPA, equating "disturbance to law and order" with "disaffection", and by attributing acts of invisible co-conspirators to the applicant, without caring to establish the existence of criminal conspiracy at first.

This topsy-turvy approach resulted in prolonging the custody of a pregnant student in an overcrowded prison, amid the threat of a pandemic, making a cruel joke on the constitutional guarantee of personal liberty.