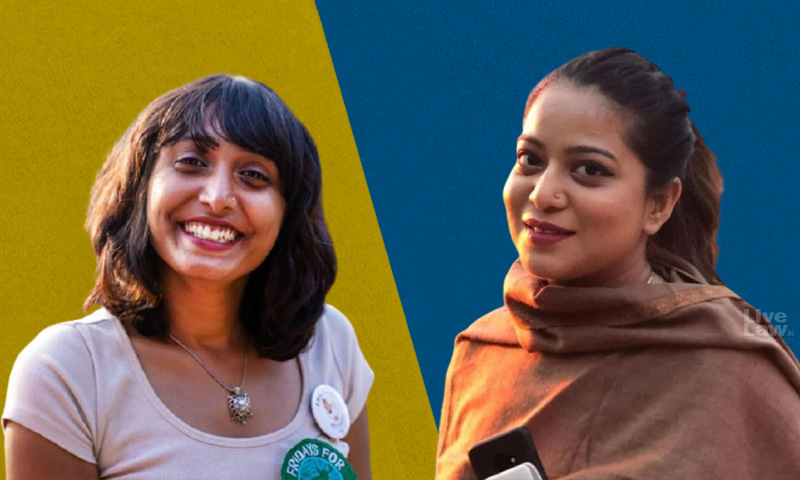 The order granting bail to Disha Ravi in a sedition case is remarkable not so much because of its outcome, but because of the short shrift that it gives to the State's hysterical accusations of conspiracy-by-Google-Docs. In ordinary circumstances, this would not be remarkable either – judicial skepticism towards the State's claims of far-reaching conspiracies to justify keeping people in...

The order granting bail to Disha Ravi in a sedition case is remarkable not so much because of its outcome, but because of the short shrift that it gives to the State's hysterical accusations of conspiracy-by-Google-Docs. In ordinary circumstances, this would not be remarkable either – judicial skepticism towards the State's claims of far-reaching conspiracies to justify keeping people in jail, when there exists no evidence linking them to actual violence, should be par for the course. However, that has conspicuously not been the case in recent times, at all levels of the judiciary. Consequently, what makes the bail order remarkable is how (sadly) uncharacteristic it is. Indeed, the order stands in stark contrast to the order of 4th June 2020, that denied bail to Safoora Zargar, in what have come to be known as "the Delhi Riots cases." A comparison between the two, therefore, merits scrutiny.

In the aftermath of Disha Ravi's bail, it did not escape public attention that both orders were handed down by the same judge. It is important to clarify, however, that the purpose of this post is not to serve up some kind of a gotcha! conclusion, or point to judicial hypocrisy. As all human beings, judges themselves evolve over time and reflect on their own judgments and orders, and one can hope – in light of yesterday's order – that future cases before the same judge would follow his more recent convictions on liberty, free expression, and skepticism of State power, rather than his older ones. The comparison is merited, however, the underlying State case in both circumstances was remarkably similar (and indeed, appears to be following a specific legal "toolkit", if one may use that word), and the verdicts in both cases reflect two starkly opposed judicial approaches to the question of personal liberty.

Admittedly, there is a significant legal difference between the two cases, in that while Disha Ravi was "only" accused of sedition, Safoora Zargar was booked under the UAPA, whose Section 43(D)(5) throws up significant barriers to granting bail, barriers that have been made worse by the Supreme Court's notorious Watali judgment. A perusal of the two bail orders reveals, however, that in this context, the distinction is largely irrelevant. Even though Disha Ravi's counsel specifically argued that sedition is a milder offence that – even on conviction – allows judges to levy only a monetary fine by way of sentence, this did not form the basis of the bail order. Even the classic bail conditions – whether the accused is a flight risk, and whether the accused can tamper with the evidence or the witnesses – occupy only a small space in the Disha Ravi bail order; for the most part, the learned ASJ focuses on whether, on the facts presented by the Prosecution, a prima facie case of sedition is made out or not (and finds that it isn't). This is exactly how he proceeded in the Safoora Zargar case – and indeed, under 43(D)(5) of the UAPA, bail can be granted if no prima facie case has been made out.

This is where the similarities between the two cases become important. In both cases, there were certain incidents of violence. Neither Disha Ravi nor Safoora Zargar had engaged in violence, been present at the scene of the violence, or incited violence (there were vague claims that Safoora Zargar had given "inflammatory speeches", but these were not adverted to by the Court, and did not form part of its order). For this reason, in both cases, the Prosecution attempted to pin the actions or speeches of others onto the accused, by alleging the existence of an overall conspiracy, of which the accused were a part.

How did the Court deal with this? In Disha Ravi's case, it very correctly noted that "conspiracy cannot be proved merely on the basis of inferences. The inferences have to be backed by evidence" (para 22). Dealing with the Prosecution's contention that Disha Ravi was in contact with secessionists, the Court then noted:

"… it is not mere engagement with persons of dubious credentials which is indictable rather it is the purpose of engagement which is relevant for the purpose of deciding culpablity. Any person with dubious credentials may interact with a number of persons during the course of his social intercourse. As long as the engagement/interaction remains within the four corners of law, people interacting with such persons, ignorantly, innocently or for that matter even fully conscious of their
dubious credentials, cannot be painted with the same hue. In the absence of any evidence to the effect that the applicant/accused agreed or shared a common purpose to cause violence on 26.01.2021 with the founders of PJF, it cannot be presumed by resorting to surmises or conjectures that she also supported the secessionist tendencies or the violence caused on 26.01.2021, simply because she shared a platform with people, who have gathered to oppose the legislation." (para 22)

Now this is entirely correct, and follows a long line of Supreme Court precedent that has clarified that if you're going to damn someone by association, it has to be active association (in UAPA cases, active membership of banned organisations). This is crucial, because without limiting the chain of association, just about anyone who has ever shared a platform or interacted in any form with any dubious individual can be brought into the net of criminality through the legal device of a "conspiracy", and incarcerated for years without trial. But this is also what the Court very conspicuously did not do Safoora Zargar's case; in fact, in that case, the Court said:

"Further, even if no direct violence is attributable to the applicant/accused, she cannot shy away from her liability under the provisions of the said Act [UAPA]. When you choose to play with embers, you cannot blame the wind to have carried the spark a bit too far and spread the fire."

But this is precisely the endlessly extendable guilt-by-association doctrine that the Court (correctly) rejected in Disha Ravi's case. Safoora Zargar was damned specifically for (allegedly) having associated with people who engaged in violence, without any evidence against her – either by way of commission of violence, or by way of incitement. In Disha Ravi's case, the Court (correctly) insisted that allegations of conspiracy require evidence, and found evidence lacking, as there was no common intention and no proof of anything beyond allegations of mere association; in Safoora Zargar's case, the Court began by accepting the allegations of conspiracy, and then, on that basis, imputed the actions of some of the alleged conspirators to Safoora Zargar as well, because of their mere association. Ultimately, the issue boils down simply to this: in one case, the Court insisted that the State back up its claims against the specific, criminal culpability of an accused, including as part of a larger conspiracy; in the other case, it didn't.

The difference in the two approaches is particularly stark on the key legal issue of the relationship between disaffection in violence. In Disha Ravi's Case, after citing the judgment in Kedar Nath Singh, the Court noted:

Evidently, law proscribes only such activities as would be intended, or have a tendency, to create disorder or disturbance of public peace by resort to violence. 'Violence' seems to be the gravamen of the charge. (para 20)

In Safoora Zargar's case, after citing the judgment in Kedar Nath Singh, the Court noted:

Therefore, evidently, law frowns upon any act which has a tendency to create disorder or or disturbance of law and order or incitement to violence. Therefore, mere violence is not the gravamen of the charge under u/s 2(o) of the UAPA.

The substitution of the word "any" with "only", and the removal of the word "not" led the Court to a 180-degree turn, when considering the same judgment (Kedar Nath Singh) and the same legal term (disaffection, albeit in different laws). The distinction is crucial, because how strongly the Court requires the causal link to be established between the accused and the act of violence is the fact upon which everything else turns. Disha Ravi was (correctly) granted bail because the Court asked for evidence. Safoora Zargar was (wrongly) denied bail because the Court relied on a metaphor.

As I clarified at the beginning, the point of this post is not to play gotcha! games; at the same time, inconsistency in judicial pronouncements in matters relating to personal liberty presents a serious challenge to the rule of law. The Disha Ravi case shows that notwithstanding the Supreme Court's Watali judgment, it is entirely possible for a trial Court judge to examine the basics of the State's "conspiracy" claim, and find them utterly lacking in evidence or particulars, thus completely breaking the chain of causation between the accused and the act of violence. All it needs is a dose of judicial skepticism, some probing questions, and clarity on the legal position that whether it is sedition of the UAPA, violence (and incitement thereof) is the gravamen of the charge, and even the Prosecution's prima facie case requires to pass at least that basic threshold before the bar under 43(D)(5) is invoked. If that is done consistently, then we will have no more Safoora Zargar cases, and no more imprisonment by metaphor.