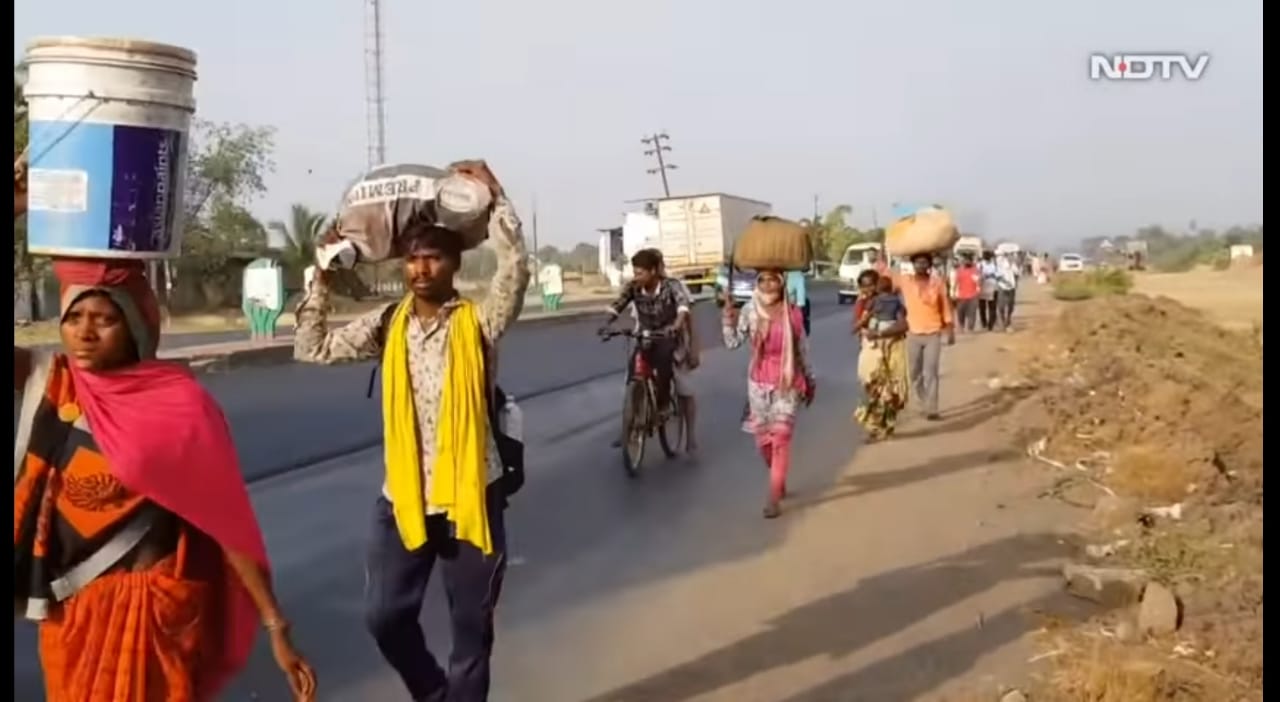 The pandemic that we all have come to know as Corona or Covid-19 is here to stay for some more time; at least that is what seems to be the near-unanimous view of experts. While a vaccine for the deadly virus will eventually be found, the cause for worry, apart from mounting deaths and positive cases, is the absence of any cohesive, concrete and viable plan by the Central Government...

The pandemic that we all have come to know as Corona or Covid-19 is here to stay for some more time; at least that is what seems to be the near-unanimous view of experts.

While a vaccine for the deadly virus will eventually be found, the cause for worry, apart from mounting deaths and positive cases, is the absence of any cohesive, concrete and viable plan by the Central Government and State governments for the smooth and stress free travel of the already harassed migrant labour back to their native places.

The lackadaisical attitude of the Governments in taking due care of millions of migrant labour is highly regretful particularly when there has been frequent interactions of the Prime Minister with the Chief Ministers of States. There could have been some better solution for the free travel of these poor migrants with proper safety measures without there being any blame game between the Central Government and the States. Common citizen is perhaps not able to fathom that the Ministry of Railways could generously donate Rs. 151 Crore in "PM Cares Fund" then why this money atleast could not be utilised to ensure free travel of these poor migrant labour by train journey. If the Government of India could initiate massive evacuation plan for the Indians stranded abroad then why not similar plan should not have been in place for these poor migrant labour.

What is more worrying is that the Supreme Court of India who is the last bastion of democracy and protector of fundamental rights of all Citizens has not come to the expectation of millions of the migrant labour struggling hard to return to their native places. Chief Justice of India in his recent interview has said that justice can be done without robes or congregation in the post Covid world. He is absolutely right in saying so but his underline message is that there cannot be any compromise on the delivery of justice even when the country is facing such a worst crisis. Justice Deepak Gupta in his farewell speech also expressed his deep concern for the poor and underprivileged. To quote him " In times of crisis such as the ones we are living in, the Courts most protect the poor and underprivileged because it is they who are hit the hardest in trying times, even though that might cost friction with the Executive". I admire and greatly value their profound views but here the question is such actions dispense justice to be visibly seen when our superior courts come across to deal with the rights of millions of citizens and how best their rights can be protected and defended.

The Supreme Court of India could have been more pro-active to come to the rescue of these poor migrants instead of just accepting the stand of the Union Government that the Central Government, in consultation with the concerned State Government and Indian railways was taking necessary steps for the movement of stranded migrant workers. These are the testing times not only for the citizens but for all the important Constitutional functionaries. On daily basis we are witness to various photos and videos of poor migrants being shown on print and electronic media walking hundreds of kilometre to reach the perceived safety of villages and hometowns and therefore the Supreme Court would not have merely accepted the stand taken by the Law officer but to have ensured the free, safe and stress free travel of these migrants to their native villages. In the case of migrant labour the intervention of the Supreme Court atleast to monitor the situation was the need of the hour. Very often our Judges without even giving any written directions are able to secure the desired results through their oral observations and views expressed during the course of hearing of matters of public importance.

The very existence and survival of these people has come under threat due to starvation and no timely financial help reaching many despite grand plans announced by the Central and State governments. Undeniably, this very large section of the society is the backbone of every activity, be it economic, industrial or house-hold. All of us are witness to many heartrending stories of these migrant labourers who felt compelled to undertake arduous journey of hundreds of kilometres to reach back to their native villages with their small children without any kind of State support be it financial , transport or food. Many of such workers also lost dear ones en-route their strenuous journey.

The ongoing pandemic was an opportunity for the higher judiciary to rise to the occasion, ensure a level playing field that the Constitution guarantees to all citizens, including the poor and underprivileged. The concept of welfare State, one that our founding fathers wanted India to be, seems to have been pushed under the carpet in these trying times.

The poor and underprivileged have been left to fend for themselves. It may be a matter of a few more days before we even stop paying salaries to our household help on the excuse that they aren't doing their job.

The early National Lockdown of 21 days declared by our Prime Minister through his national broadcast on 24.03.2020 played a significant role in combating the spread of Corona virus and simultaneous afforded valued time to our Governments to equip themselves with necessary medical infrastructure to deal with the virus, but, it is now clear that with regard to the migrant labour and millions of poor people there has been a failure to deal with the human problem with due compassion, empathy and pragmatism.

There have been massive job losses, industry is shut, the country's GDP is slipping, the future in uncertain for everyone. The government, no doubt is seriously engaged in fighting the battle on various front but unfortunately it has not been able to effectively deal with the problems of these migrant workers, daily wagers and other poor people who are the worst sufferers of this pandemic.

These times require that everybody rises above petty party politics, malice, bias, ill-will and hostility to work together to fight this virus.

For even in these very uncertain times, the only thing certain is that India, the nation, will eventually outlive this pandemic. And, that is why we need to ask if the Idea of India will also survive?