Section 15 Of The Hindu Succession Act 1956: Gender Bias And The Need For Reform 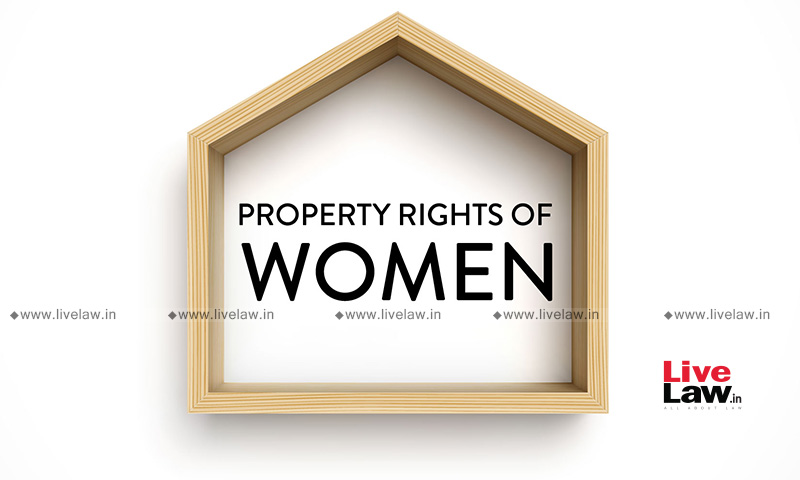 Section15 of the Hindu Succession Act provides for the order of intestate succession to a Hindu female intestate's property. In case of a married Hindu female intestate's property, it devolves first upon her children, children of predeceased children, and husband. If none of these people are available to claim the property, clause (b) of sub-section (1) provides for the devolution of...

The section does not specify the order of succession to a Hindu female intestate's self-acquired property. There is a statutory preference to a Hindu female intestate's in-laws over her blood relations. The heirs of the husband are considered proximate in relation to a childless Hindu widow in comparison to her paternal and maternal heirs like her parents or siblings, and are given preference in the order of succession to her property.

In the case of Omprakash and Ors vs Radhacharan and Ors (2009) 15 SCC 66[1], a Hindu widow was driven out of her matrimonial home and had to stay with her parents. She had earned a living and left behind an estate after her death, which was claimed by her mother and her husband's relatives. The Supreme Court held that section 15(2) is an exception to section 15(1), observing that the law is silent on a Hindu female's self-acquired property which cannot be considered property under section 15(2)(a), and decided in favour of the husband's relatives.

Under ancient Hindu texts, stridhan is categorized into technical stridhan (acquired from her family or in-laws) and non-technical stridhan (property acquired by woman through her own skill), the latter as inheritable by her husband, mother, brother or father in case she has no children.[2] Mulla's 21st edition of Principles of Hindu Law[3] observes that section 15(2) seeks to prevent the property from passing into the hands of 'people to whom justice requires that it should not pass'. The section dictates the order of succession to a Hindu female's property by distinguishing the kinds of property into property inherited from her parents, and property inherited from her parents-in-law, and prescribes that her father's heirs and husband's heirs succeed to such property, respectively.[4]

In the present day, many women have started to self-earn and self-acquire property, and may not be dependent on their fathers or husbands. While the Act has provided the right to a daughter to become a coparcener in her Hindu joint family on an equal footing to a son through its 2005 amendment, it needs to acknowledge the fair devolution of the self-acquired property of an intestate woman.

Former Judge of the Madras High Court, Ms Prabha Sridevan's article on the gender imbalance under section 15 of the Act supports the alteration of the order of succession to a Hindu women's property.[5] The author comments on the ineffective judicial redress, which originates from accepted patriarchal practices, and is of the view that the law is patriarchal and unjust in viewing the property of a woman and that of a man differently, when it gives less autonomy on her choice regarding her property. The author suggests that other modes of acquisition of property, such as acquisition from parents or because of parents, could be added in addition to inherited property under the provision, as in the modern day, many women acquire property by themselves because of their parent's support, and it would be subjugation of a woman's property right to prevent the devolution of such property to her rightful and deserving heirs. Dr Justice AR Lakshmanan[6], former Judge of the Supreme Court and former Chairman of the Law Commission which took up for consideration the need to amend section 15 (in view of societal change), points out that the order of devolution reflects patriarchal assumptions in viewing the source of the property acquired by the female intestate, and that the situation of women self-acquiring property was not foreseen by the legislators. He supports the view that section 15 be amended to specify the rules of devolution to self-acquired property, and suggests that self-acquired property devolve equally upon the heirs of her husband and her natal heirs.

Not all married Hindu females would write a Will nor would all of them know the order of succession under Hindu law. In case of an intestate who has no children or husband left to succeed to her self-acquired property, may not always wish that her in-laws (heirs of her husband) should succeed to her property. If the husband and his family had maintained the intestate and had not abandoned her, they may deserve a share in her property, but if the intestate was not maintained by them, and instead was close to or dependent on her natal family, the latter would deserve a share in her property.

The 207th report of the Law Commission had considered situations in which the intestate would receive support from her husband's family. It had recommended that the self-acquired property of a Hindu female intestate be devolved among her husband's heirs and parent heirs equally if she did not have children, through a suggested amendment viz. addition of clause (c) to sub-section (2) of section 15.[7] However, it had not discussed the devolution of such self-acquired property in situations where the husband or his family had deserted or abandoned the intestate, in which case they would not deserve to succeed to her property.

In this context, the Hindu Succession (Amendment) Bill 2015[8], which was introduced in the Lok Sabha, had proposed an amendment to section 15, proposing that the property self-acquired by a Hindu female in the period during which she is deserted by her husband, shall devolve upon the heirs of her father and mother equally in case she has no children.[9] This provision would be justified as it removes the uncertainty relating to the devolution of self-acquired property of a female intestate. However, this Bill has now lapsed.[10]

The writer is a postgraduate student of Law. The views are personal.

[7] 207th Law Commission of India Report, Proposal to amend Section 15 of the Hindu Succession Act 1956 in case a female dies intestate leaving her self acquired property with no heirs, 27 (2008) http://www.lawcommissionofindia.nic.in last seen 20/5/21

[9] (c) any property self-acquired by a female Hindu during the time of desertion shall devolve, in the absence of any son or daughter of the deceased (including the children of any pre-deceased son or daughter) not upon the other heirs referreed to in sub-section (1) in the order specified therein, but upon the heirs of the father and the mother.