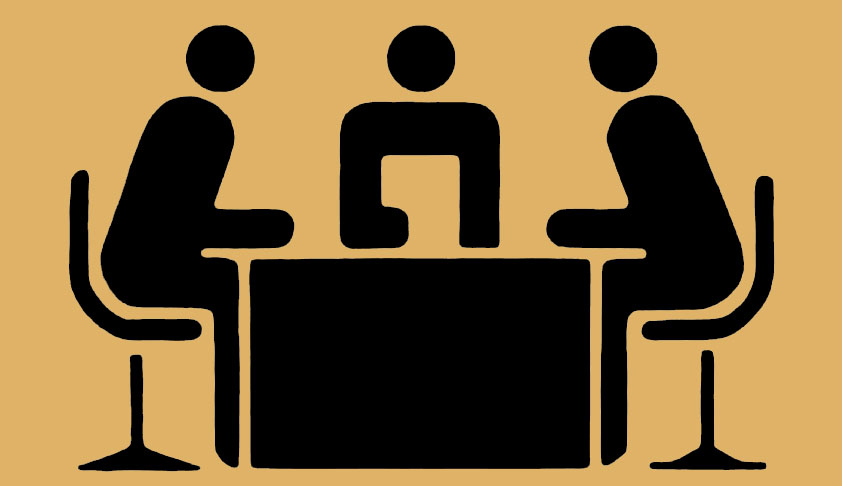 Section 29A of the Arbitration and Conciliation Act, 1996 (the "Arbitration Act") was inserted by the Arbitration and Conciliation (Amendment) Act, 2015 with the aim of speeding up arbitration proceedings in India. Section 29A(1) originally required that an arbitral award be made within a period of twelve months from the date the arbitral tribunal enters upon reference (i.e., the date on which the arbitrator has received notice in writing of his or her appointment). Parties could, by consent, extend this period by a further six months. Any further extension was required to be obtained from the Court.

The time period within which to render an award was amended by the Arbitration and Conciliation (Amendment) Act, 2019 (the "Amendment Act"). The twelve-month period to make the award in matters other than international commercial arbitration, after this amendment, was to now commence from the date of completion of pleadings under Section 23(4) of the Arbitration Act. The new Section 23(4) provides that the statement of claim and defence shall be completed within a period of six months from the date the arbitrator receives notice in writing of his or her appointment.

The issue considered in this article is the effect, if any, of the amendments to Section 29A(1), which came into force on 30 August 2019, to timelines of non-international commercial arbitration proceedings pending on that date. This issue is of relevance to practitioners and of legal interest given two conflicting decisions of the Delhi High Court.

A Single Judge of the High Court in Shapoorji Pallonji and Co. Pvt. Ltd. v. Jindal India Thermal Power Limited[1], by order of 23 January 2020, observed that the amended Sections 23(4) and 29A(1), being procedural law, would apply to pending arbitrations on the date of the amendment. In this case, the arbitrator entered upon reference on 26 May 2018. The Court held that the time period for conclusion of proceedings elapsed on 25 November 2019 (i.e., six months for pleadings and twelve months thereafter) following which the parties could further extend the period for six months, until 23 May 2020, before approaching the Court. The petition was therefore disposed of as infructuous.

Per contra, another Single Bench of the Delhi High Court in MBL Infrastructures Ltd. v. Rites Limited[2], by order dated 10 February 2020, observed that the amendments did not have retrospective effect. In this case, the tribunal had entered into reference on 14 March 2018 so the initial 12-month period (under the unamended Section 29A) expired on 13 March 2019. The parties had consented to extend this period until 13 September 2019. The High Court had, by an earlier order dated 6 September 2019[3] (passed after the amended Section 29A was in force), extended the time for making the award. The High Court rejected the contention that pleadings having been completed on 14 August 2018 (five months from when the tribunal entered into reference), the time limit only expired on 13 August 2019 under the amended provision and thereafter the parties had six months to extend the period before approaching the Court. The earlier order of 6 September 2019 was said to be valid.

The more recent order of a Single Judge of the Delhi High Court on 3 March 2020 in Avon Healthcare Private Limited v. Trade International[4] is interesting. The tribunal in this case entered into reference on 29 May 2018 and the 12-month period expired on 29 May 2019. The period was extended by six months until 29 November 2019 by consent of the parties. The Tribunal, however, continued to proceed after 29 November 2019 on the basis of the amended Section 29A. The parties only sought a one-month extension (presumably after time had expired after applying the amended Section 29A) for the award to be pronounced. While granting this extension, and without commenting on the operation of the Amendment Act, the Court regularised the period between 30 November 2019 and 2 March 2020, thus implying that the parties could not have taken the benefit of the amendment to Section 29A.

A large number of orders have been passed by the Delhi High Court (other than those referred to above) and the Bombay High Court well after 30 August 2019 extending the time period for arbitrations on the basis of the original Section 29A(1) time limits. This suggests that parties have generally not applied the amended time limits to arbitration proceedings pending on 30 August 2019.

The Madras High Court in GN Pandian v. S. Vasudevam[5] was of the view that the date of filing the application for extension was the relevant date to determine applicability of the amended Section 29A. Since the application for extension was filed after 30 August 2019 in such case, the amended Section 29A was effectively applied, though the decision does not explicitly say so.

The law on operation of statutes

It is well settled that no statute is to be construed to have retrospective operation until its language is such that would require such conclusion. This general rule is expressed in the maxim "Nova constitutio futuris formam imponere debet non præteritis " - prima facie, any new law that is made affects future transactions, not past ones. The exception to this rule is enactments dealing with procedure. Over a century ago, in The King v. Chandra Dharma[6], Lord Alverstone CJ held: "[…] a statute shortening the time within which proceedings can be taken is retrospective, and it seems to me that it is impossible to give any good reason why a statute extending the time within which proceedings may be taken should not also be held to be retrospective." In a concurring opinion, Channell J held that "The object of the statute is only to affect the procedure, and it matters not whether the events in respect of which the proceedings are taken happened before or after the passing of the Act. […] If the time under the old Act had expired before the new Act came into operation the questions would have been entirely different".

While following the decision in Chandra Dharma in several cases, the Supreme Court[7] has applied several principles with regard to the ambit and scope of an amended Act and its operation noting, in particular, that: (i) a statute that merely affects procedure is presumed to be retrospective in application; (ii) law relating to limitation is procedural in nature; (iii) that no vested right exists in procedure; and (iv) a procedural statute should not generally speaking be applied retrospectively where the result would be to create new disabilities or obligations or to impose duties in respect of transactions already accomplished.

What is important to note is that, even when procedural amendments are applied retrospectively, "pending cases although instituted under the old Act but still pending are governed by the new procedure under the amended law, but whatever procedure was correctly adopted and concluded under the old law cannot be opened again for the purpose of applying the new procedure", as was held by the Supreme Court in Nani Gopal Mitra v. State of Bihar[9]. In similar terms, a Full Bench of the Calcutta High Court in Ajit Kumar Palit v. The State[10] explained the position very well in the following passage:

The appeal in the Supreme Court[11] against the above decision was dismissed.

How then should the amended Section 29A(1) operate?

The amendments to the time limit for arbitration proceedings under Section 29A(1) are procedural in nature and are based on the recommendations of the High Level Committee made on 30 July 2017. The High Level Committee observed that "With respect to domestic arbitrations, the general opinion of arbitrators is that the timelines for conducting domestic arbitrations under section 29A should take effect post-completion of pleadings." The amendments have been made, as such procedural changes usually are, for the benefit of litigants and arbitrators.

The amended Section 29A(1) therefore ought to be given retrospective effect but in a limited sense whereby procedure that has already been applied under the original Section 29A(1) is not overturned. If the amended provision were to apply to all arbitration proceedings pending on 30 August 2019, this would include proceedings where parties had already exercised the procedure for extension of time both by consent and by Court order. The effect would then be to reverse orders passed by tribunals recording the parties' consent and those passed by Courts granting extensions of time.

The amended Section 29A(1) should therefore apply to domestic arbitration proceedings pending on 30 August 2019 which, on that date, have not completed the 12-month time period under the unamended provision. In other words, the amended provision should apply to tribunals which have entered into reference on or after 31 August 2018. This would mean that the amended provision would apply in cases where no time period would have expired on 30 August 2019 that would have necessitated invocation of the procedure under the original Section 29A(1). The parties would just re-calculate the 12-month time limit commencing from: (i) the actual date of completion of the statement of claim and defence provided it was within six months from the reference; or (ii) six months from the reference which is the maximum time for pleadings to be completed.

Based on the above approach, the application of the retrospective operation of the Amendment Act in Shapoorji Pallonji and Co. Pvt. Ltd. v. Jindal India Thermal Power Limited seems incorrect since the original 12-month time period had already expired and the parties had invoked the procedure for extension. Further, the blanket application by the Court of the time period of 18-months based on a cumulative reading of Sections 23(4) and 29A(1) does not appear correct as pleadings may have been completed before six months, in which case the overall time limit would be less than the maximum 18 months.

However the amended time limits are applied may not have a great impact practically, since in the vast majority of cases, Courts have been inclined to extend the period of arbitration proceedings and applications to extend time are typically not contested. That said, from the point of view of certainty and to avoid filing of unnecessary petitions for extension in an over-burdened system, a resolution of the conflict between the Delhi High Court views would be welcome.

Vidur Bhatia is an Advocate based in Delhi. He can be contacted at [email protected]