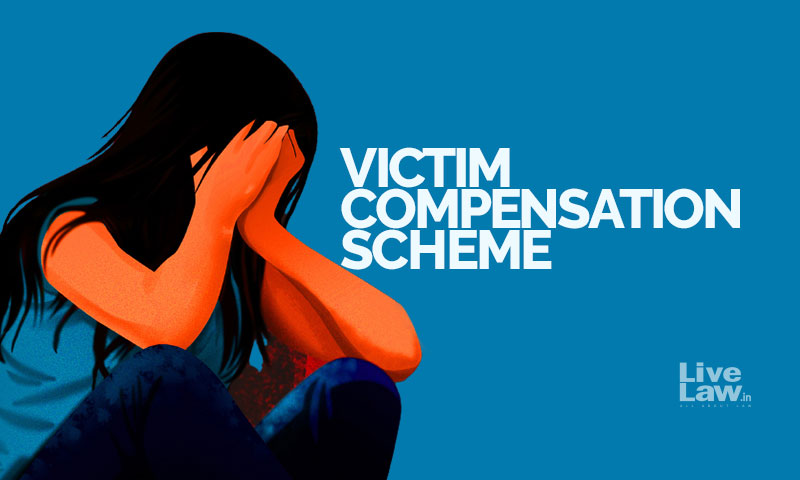 The Victim Compensation Scheme (VCS) under Section 375A of the CrPC obligates the state to prepare a scheme to compensate victims of crime, by collaborating with the Central Government. However, recent shocking data revealed before the Supreme Court in Re Alarming Rise in Number of Reported Child Incident case (2020 7 SCC 87) highlights how the scheme has more or less remained ornamental to the CrPC and is rarely fulfilled with no interim or final compensation being awarded in 99 percent of the cases. This article aims to emphasis the responsibility that the state has in enforcing the VCS to achieve the dream of a welfare state as envisioned by the framers of our constitution.

The VCS seems comprehensive when we read it with the Central / State Victim Compensation Fund Guidelines (CVCF) 2016 and the NALSA Guidelines as approved by the Supreme Court in Nipun Saxena vs Union of India (2019 2 SCC 703). The Supreme court also gave directions from time-to-time which resulted in the insertion of Section 326A IPC, 1862 and 357 C in CrPC, 1973. The Central and State governments were compelled to make guidelines for compensation to victims in exercise of Section 357A CrPC read with Section 21 of General Clause Act ,1897 by virtue of the judgments given by the apex court in Laxmi vs Union of India (2016 SCC 3 669) and Parivartan Kendra vs Union of India (2016 SCC 3 571). These guidelines were further revised in 2016 to proportionally increase the amount of compensation and provide better protection to the victims of acid attacks. The Supreme court in Suresh v. State of Haryana (2015 SCC 2 227) and Nipun Saxena vs Union of India (2019 2 SCC 703) categorically held that courts are duty bound to consider the factual scenario of each case to recommend appropriate compensation under Section 357 and 357A CrPC. However, despite these extensive guidelines and judicial interventions, the VCS still remains a far reaching dream for a majority of victims.

The appalling statistics brought to the notice of the Supreme Court in Re Alarming Rise in Number of Reported Child Incident case (2020 7 SCC 87 ) tells us that the VCS has not been effectively implemented. The court noted that,

"This report shows a shocking state of affairs. What to talk of trials, in 20% of the cases even investigation is not completed within one year. Virtually, no support persons are provided and no compensation is paid to the victims. Almost two-third of the cases are pending trial for more than one year."

The analysis of these facts raise some serious questions, which if left unanswered, would make the purpose of the VCS incorporation in CrPC futile.

The reason why victims do not use their right under the VCS can most likely be amounted to their lack of awareness, therefore it becomes the duty of bodies like the NALSA to bring in mass awareness camps. But the lack of initiative on the part of the Police Officials, Court and Child Welfare Committee CWC ( Rule 8 of POCSO Rule 2020) cannot be justified. The current situation calls for accountability to be fixed on such offices when they act in a reluctant manner to grant/recommend for compensation.

The duty lies with the Criminal Court to be diligent in passing their orders, and to consider the facts and circumstances to make recommendations to the DLSA (Section 357A (2) and (3) CrPC). They must recommend suitable cases for consideration to the DLSA or promote the victim/their dependents to approach the DLSA when they are produced before Court. The court must invariably consider the factual matrix to recommend compensation out of the State fund to the DLSA. Moreover, the duty to act emphatically also extends to the Officer in Charge of Police Station, Special Juvenile Police Unit ,CWC and other similar authorities vested with power to recommend suitable cases for compensation to DLSA. These officers become the first point of contact for the victim and it becomes their duty to refer them for compensation. If the CWC starts assessing compensation itself for contingencies and making recommendations to the DLSA for the immediate payment of interim compensation when the child is produced before them, their needs can be met as is envisioned under Rule 8 of POCSO Rules 2020. Once such a recommendation is made, it becomes the duty of the DLSA, SLSA, and NALSA to dispose of the application without undue delay as is given under Section 375A(5) CrPC. In line with such measures, it would also be ideal if the POCSO Trial Court passes the order of interim compensation itself, rather than recommending to the DLSA to assess the case using its powers under Section 33(8) POCSO Act, 2012 and Rule 9(3) of POCSO Rules 2020. The need for diligent application of such sections by the POCSO courts were reiterated in Nipun Saxena. The sensitization of other departments of the government also becomes imperative to ensure the proper execution of the VCS, and to bring to life the glimmer of hope that it aims to be.