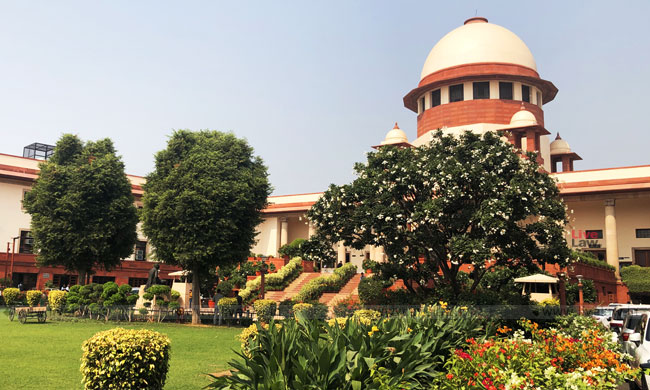 This is a response to "Section 50 NDPS Act: Understanding the Jurisprudence of Compliance",

The conclusion is based on the judgments of Arif Khan vs. State of Uttaranchal
[1](S.C) and Sumit Rai @ SubodhRai vs. State[2] (H.C.).

However, the aforesaid understanding is wrong. Arif Khan is per incuriam. Further, in Sumit Rai, the Delhi High Court failed to consider that per incuriam decisions are an exception to stare decisis.

Arif Khan ignores in entirety the language of Section 50. Section 50 is worded in clear terms. It does not give rise to any confusion in as much as the accused has been given a choice to be searched before a Magistrate or a Gazetted Officer or not.

The language used in Section 50 (1) and (2) provides for instances where the suspect conveys his desire not to be searched in the presence of a Magistrate or a Gazetted Officer. Section 50 (1) uses the phrase "if such person requires"; while Section 50 (2) states "If such requisition is made…"

The judgment contains no discussion as to why the investigating agency is still bound to ensure the presence of a Magistrate or a Gazetted Officer, where the accused waives his right for a search in their presence.

However, the ratio of Vijaysinh Chandubha Jadeja is misunderstood in entirety in Arif Khan drawing the conclusions in para 24.4.

Vijaysinh Chandubha Jadeja held that a strict compliance of Section 50 is required. The Court did not approve of the concept of "substantial compliance". It was held that the suspect had to be necessarily informed that he has a statutory right under Section 50 to be searched in presence of a Magistrate or a Gazetted Officer. Thus, if the empowered officer gives the accused an option to be searched by a Magistrate or a Gazetted Officer, without specifically informing about statutory right of the accused under Section 50, it would not amount to compliance of Section 50.

Interestingly, Vijaysinh Chandubha Jadeja, also clearly holds that the obligation on part of empowered officer to search the accused in presence of a Magistrate or a Gazetted Officer would arise only if the accused exercises such an option. Reference needs to made of para 20 of the judgment:

In para 29, it was held that "the suspect may or may not choose to exercise the right provided to him under the said provision."

In none of the judgments subsequent to Vijaysinh Chandubha Jadeja, (with the only exception being Arif Khan) has the Supreme Court held that absence of a gazetted officer or a Magistrate would vitiate the proceedings, even where the accused waives his right. Thus, out of no where – neither based on statutory interpretation nor justified by precedence – Arif Khan lays down an entirely new compliance under Section 50 of the NDPS Act.

Sumit Rai - principle of stare decisis or per incuriam:

In Sumit Rai, the Delhi High Court did notice that Vijaysinh Chandubha Jadeja does not go the extent of laying down that an accused needs to necessarily produced before a Magistrate or a Gazetted Officer, once the right is waived.

Yet, the High Court held that it was bound by the dictum of Arif Khan under Article 141 of the Constitution of India since "Arif Khan (supra), after noticing Vijaysinh Chandubha Jadeja (supra), as well as the law laid down therein, holds, nevertheless, that, even where the accused - as in that case, and as in the present case - declined the offer under Section 50 of the NDPS Act, the raiding team was, nevertheless, required to have the search of the appellant conducted in the presence of a Gazetted Officer or Magistrate" (Para 18)

There cannot be any quarrel with the proposition that any law declared by the Supreme Court under Article 141 is binding upon the High Court. However, the exception to the rule of stare decisis is a decision which is per incuriam.

In Siddharam Satlingappa Mhetre v. State of Maharashtra
[4], the Supreme Court reiterated that Benches of lesser strength are bound by the judgments of the Constitution Bench and any Bench of smaller strength taking contrary view is per incuriam. The Supreme Court refused to be bound by then recent judgments which were contrary to the Constitution Bench judgment in Gurbaksh Singh Sibbia Etc vs. State Of Punjab[5], which comprehensively dealt with all the facets of anticipatory bail enumerated under Section 438 CrPC.
Likewise, in Sundeep Kumar Bafna v. State of Maharashtra
[6], it was held that a decision can be per incuriam if it is not possible to reconcile its ratio with that of a previously pronounced judgment of a co-equal or larger Bench. The Court held that "[i]t is often encountered in High Courts that two or more mutually irreconcilable decisions of the Supreme Court are cited at the Bar. We think that the inviolable recourse is to apply the earliest view as the succeeding ones would fall in the category of per incuriam."

Therefore, any submission that Section 50 of the NDPS Act, requires a mandatory search of a suspect in the presence of a Magistrate or a Gazetted Officer, even where the accused accedes to a search being conducted in the absence a Magistrate or a Gazetted Officer is wrong and unsustainable. Once the accused waives his right to be searched in the presence of a gazetted officer or magistrate, after being duly his informed about his statutory rights under Section 50 of the NDPS Act, the trial ought not be vitiated only because such gazetted officer or magistrate was not present at the time of personal search of the accused.

TheAuthor is a Graduate from Oxford and Columbia Universities, and lawyer based in New Delhi. The author is also an Additional Public Prosecutor in the Delhi High Court. However, the comments are entirely personal. Email: [email protected]