State's Legal Framework To Control Epidemic Diseases And Its Constitutionality 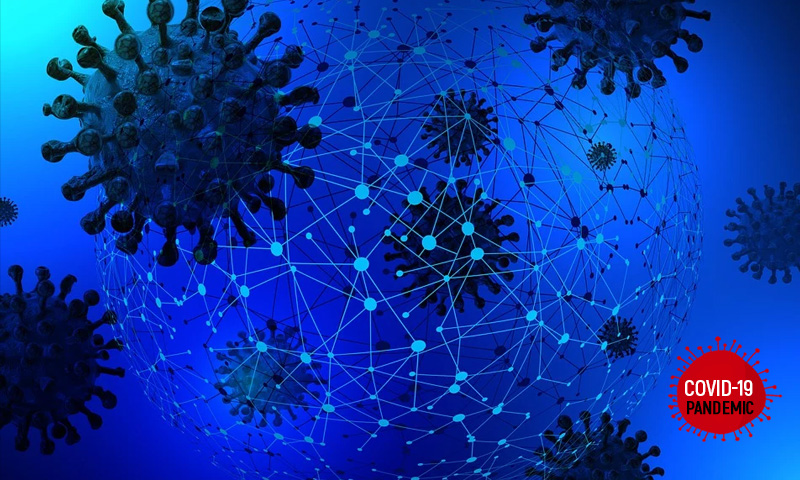 When the humanity is battling against deadly coronavirus, serious questions of federalism, civil liberties and privacy have also been looming large. The Centre armed with shining Disaster Management Act of 2005 (DMA) has been aggressively firing salvos against the States. The States have jumped into the war zone with colonial legislation namely Epidemics Decease Act of 1987 (EDA of...

When the humanity is battling against deadly coronavirus, serious questions of federalism, civil liberties and privacy have also been looming large.

The Centre armed with shining Disaster Management Act of 2005 (DMA) has been aggressively firing salvos against the States. The States have jumped into the war zone with colonial legislation namely Epidemics Decease Act of 1987 (EDA of 1897). However, neither the States have shown any interest in questioning the application of DMA by the Centre in controlling the epidemic disease nor the people have openly come out complaining against the loss of civil liberties and privacy. It seems that, right to life abd health have been given highest importance at present keeping aside legalism in the back burner.

That's the history. Now, in the situation caused pandemic, some controversy has been raised on the applicability of the lockdown Order dated 23.03.2020 issued by Kerala Government to erstwhile areas of princely States which now form part of Kerala State unquestionably.

This apparently stems from the ignorance. Kerala Govt was competent in issuing said lockdown Order since, the Govt was vested with powers to direct lockdown etc in respect erstwhile princely State areas under Cochin Epidemic Disease Act of 1072 (CEDA) and Travancore Epidemic Disease Act of 1073 TEDA). A mere failure to mention said acts in the said Order dated 23.03.2020 does not render Order illegal or Order issued without any statutory authority. In fact, their existence is evident in Sec 12(1) of the Kerala Governor's Epidemic Diseases Ordinance (EDO) issued on 27.03.2020. CEDA and TEDA were specifically repealed under said provision. The settled legal proposition is that the executive Orders cannot be faulted if they fail to mention the relevant legislative act or if they wrongly mention the legislative act. The Supreme Court in P. K. Palanisamy vs N Armugam (2009) has observed that - "It is a well settled principle of law that mentioning of a wrong provision or non-mentioning of a provision does not invalidate an order if the court and/or statutory authority had the requisite jurisdiction therefor." Hence, in my opinion, the lockdown Order dated 23.93.2020 is valid and it continues to apply to whole of Kerala State as its continuity is saved by Sec 12(3) of Kerala Governor's EDO issued on 27.03.2020.

Secondly, questions are raised on the constitutionality of Kerala Governor's EDO issued on 27.03.2020 by suggesting that it is repugnant to the said EDA of 1897. However, again the critics have failed to notice that, the EDA of 1897 enacted by the Imperial Legislative Council was continued under Art 372 as "Existing law". However, sub clause (b) of Clause (3) of Art 372 clearly states that the competent legislature is free to amend or repeal the existing law. Who is the competent legislature in respect epidemic disease is the point. The epidemic disease to the extent of "prevention of the extension from one State to another", falls under entry 29 of the concurrent list to the seventh schedule of the constitution. It doesn't cover the regulation and heath infrastructure required for controlling epidemic disease. Thus, after excluding what falls under said entry 29, the regulation and health infrastructure required for controlling epidemic disease should fall under entry 6 of the State list namely Public health. Therefore, the competent legislature in respect epidemic disease within the borders of Kerala State is undoubtedly Kerala legislature. Kerala Governor's EDO issued on 27.03.2020, is therefore, valid in my view and further, it has validly repealed under Sec 12(1), the CEDA and TEDA and it has also validly declared under Sec 12(2) that the colonial EDA of 1897 is inapplicable to Kerala State. Hence, the question of repugnancy under Ary 254(1) doesn't arise. To repeat, Kerala Governors's EDO is not referable to entry 29 of concurrent list, but as discussed above, it's by reference to entry 6 of State list.

Thirdly, it is also suggested that Kerala by declaring EDA of 1897 as inapplicable has deprived the Central Govt of its power to inspect ships, vessels etc under Sec 2A. The application of said provision is conditional upon a fact that the act applies to the State. The application of Sec 2A is consciously limited to "the territories to which this Act extends". If the EDA of 1897 is made inapplicable, the said Sec 2A on its own terms doesn't apply.

Lastly, what's the effect of Ordinance issued by the President with effect from 24.04.2020 amending the colonial EDA of 1897. The legislative competence for said Presidential Ordinance cannot be linked to entry 29 of the concurrent list as discussed above. If cannot be linked to said entry, it also cannot be linked to entry 1 of concurrent list dealing with criminal law. The central legislation under said entry 29 can be only in respect of "prevention of the extension from one State to another" of the epidemic disease. Therefore, Presidential Ordinance, in my view, is beyond the competence of Union. But, in order get over the problem, Kerala and Karnataka are better advised to issue Ordinances adopting the penal provisions of Presidential Ordinance. The President may hopefully grant his assent under Art 254(3) to get over constitutional conundrum in the pandemic situation.

Kerala Governor's EDO issued on 27.03.2020 is really a necessary legislative measure. EDA of 1897 was modelled as colonial legislation granting absolute legislative authorisation to the executive part of the Govt. It prescribed no guidelines or procedure for exercise of power. Whereas, Kerala Governor's EDO gives specific powers and responsibilities on ten items in Sec 4 (2) which include power to direct social distancing, prohibit congregation, restrict transportation, etc. A similar Ordinance has been issued Karnataka Governor on 22.04.2020. It has some additional provisions on penalisation of assault on health workers. Hope, when these Ordinances get replaced by the acts of States legislature, the human rights of patients, prioritisation in treatment etc are also included.

Author is a Senior Advocate at the Supreme Court Of India