To Transfer Or Not To Transfer: Parameters Followed By The Supreme Court In Transfer Petitions 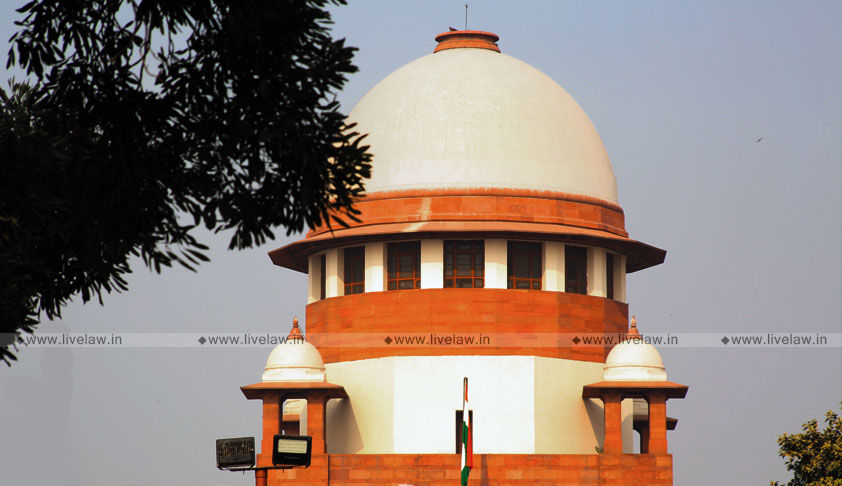 Covid-19 pandemic has witnessed quite an upsurge in the transfer petitions being filed in the Courts, particularly the Supreme Court. The overarching intent of these petitions is to avoid inconvenience, to curtail unnecessary expense and delay or to ensure a fair and impartial trial. It is probably the aspect of a fair and impartial trial that evokes maximum debate and discord. It is...

Covid-19 pandemic has witnessed quite an upsurge in the transfer petitions being filed in the Courts, particularly the Supreme Court. The overarching intent of these petitions is to avoid inconvenience, to curtail unnecessary expense and delay or to ensure a fair and impartial trial. It is probably the aspect of a fair and impartial trial that evokes maximum debate and discord. It is an oft-cited ground for transfer of an investigation from the state agencies to a central body, transfer of a case from one State to another, one jurisdiction to another or from a High Court to the Supreme Court. At times, this is airbrushed as health and safety concerns of the petitioner, expeditious disposal of case, entailing important questions of law or affecting considerable section of the public.

This article delves into the parameters and guidelines followed by the Apex Court in deciding criminal transfer petitions and the judicial trend.

Notwithstanding the specific provisions contained in the Central Code of Civil and Criminal Procedures, the Constitution of India also empowers the Supreme Court, under Articles 32, 136 and 142, to direct transfer of a case from one court to other as a part of the larger scheme to uphold a citizen's right to access to justice under Article 21 and to do complete justice in any cause or matter. Article 139A of the Constitution vests with the Supreme Court the power of withdrawal of a case from the High Court to itself, on the ground that both the Supreme Court and the High Court are seized of a case involving same or similar questions of law relating to general importance.

Test of Transfer propounded by the Supreme Court:

Justice V.R. Krishna Iyer, in Maneka Sanjay Gandhi v. Rani Jethmalani; (1979) 4 SCC 167, had bestowed on 'Assurance of a fair trial', the status of the 'first imperative' and 'central criterion' in considering a motion for transfer. He, with his nonpareil erudition and eloquence, laid down as under,

"2. … is not the hypersensitivity or relative convenience of a party or easy availability of legal services or like mini-grievances. Something more substantial, more compelling, more imperiling, from the point of view of public justice and its attendant environment, is necessitous if the court is to exercise its power of transfer…

...5. A more serious ground which disturbs us in more ways than one is the alleged absence of congenial atmosphere for a fair and impartial trial. It is becoming a frequent phenomenon in our country that court proceedings are being disturbed by rude hoodlums and unruly crowds, jostling or cheering and disrupting the judicial hearing with menaces, noises and worse. This tendency of toughs and street roughs to violate the serenity of the court is obstructive of the course of justice and must surely be stamped out. Likewise, the safety of the person of an accused or complainant is an essential condition for participation in a trial and where that is put in peril by commotion, tumult or threat on account of pathological conditions prevalent in a particular venue, the request for a transfer may not be dismissed summarily. It causes disquiet and concern to a court of justice if a person seeking justice is unable to appear, present one's case, bring one's witnesses or adduce evidence. Indeed, it is the duty of the court to assure propitious conditions which conduce to comparative tranquility at the trial. Turbulent conditions putting the accused's life in danger or creating chaos inside the court hall may jettison public justice. If this vice is peculiar to a particular place and is persistent the transfer of the case from that place may become necessary. Likewise, if there is general consternation or atmosphere of tension or raging masses of people in the entire region taking sides and polluting the climate, vitiating the necessary neutrality to hold a detached judicial trial, the situation may be said to have deteriorated to such an extent as to warrant transfer...."

Another judgment which is quite instructive on the power of transfer is Nahar Singh Yadav vs. Union of India, (2011) 1 SCC 307, which held that no rigid and inflexible rule or test can be laid down to decide whether or not power under Section 406 should be exercised. It cautioned that an order of transfer of trial is not to be passed as a matter of routine or merely because an interested party has expressed some apprehension about the proper conduct of a trial. This power must be exercised sparingly, cautiously and in exceptional situations, where it becomes necessary to provide credibility to the trial and instil confidence in investigation or where the incident may have national and international ramifications. Nahar Singh laid down some broad factors to be kept in mind while considering an application for transfer of the trial:

(i) when it appears that the State machinery or prosecution is acting hand in glove with the accused, and there is likelihood of miscarriage of justice due to the lackadaisical attitude of the prosecution;

(ii) when there is material to show that the accused may influence the prosecution witnesses or cause physical harm to the complainant;

(iii) comparative inconvenience and hardships likely to be caused to the accused, the complainant/the prosecution and the witnesses, besides the burden to be borne by the State Exchequer in making payment of travelling and other expenses of the official and non-official witnesses;

(iv) a communally surcharged atmosphere, indicating some proof of inability of holding fair and impartial trial because of the accusations made and the nature of the crime committed by the accused; and

(v) existence of some material from which it can be inferred that some persons are so hostile that they are interfering or are likely to interfere either directly or indirectly with the course of justice.

In this case, the Court, while repudiating the apprehension of the CBI that trial of the case at Ghaziabad may not be fair based on a bald allegation that the trial judge and some of the accused had been close associates at some point and that some of the witnesses are judicial officers, declined the CBI's request for transfer of the trial.

The Supreme Court has, time and again, sounded that the apprehension of not getting a fair and impartial inquiry or trial is required to be reasonable and not imaginary. In R. Balakrishna Pillai vs. State of Kerala; (2000) 7 SCC 129, the Court rejected a prayer for transfer made on the ground that one of the Judges hearing the appeal had previously appeared as an advocate in a commission enquiring into an allegation of misconduct against the petitioner in another matter. It was observed by the Court that,

"The charges against him are altogether for a different case not connected with the rectification work of Edamalayar Project. Secondly, a Judge while practising as an advocate might have appeared in a number of cases, but that would not mean that he would have any personal interest or connection with the said matters or with persons involved therein and would be biased towards them. therefore, it would be difficult to presume or to draw an inference that the learned Judge, because of assisting the Commission of Inquiry as an advocate in a different matter, would have bias or prejudice against the petitioner and would not render justice in accordance with law. Acceptance of such contention would seriously undermine the independence and stern stuff of the Judges."

Even in the case of Rajesh Talwar vs. CBI; (2012) 4 SCC 217, the Supreme Court refused to exercise its discretion of transfer and cautioned the petitioners against making any irresponsible insinuations with reference to court proceedings.

Over the years, the ground of comparative inconvenience has also been diluted by the Supreme Court and it is not considered solitarily for the plea of transfer. In Bhairu Ram vs. Central Bureau of Investigation; (2010) 7 SCC 799, the Court held that, "mere inconvenience may not be sufficient ground for the exercise of power of transfer but it must be shown that the trial in the chosen forum will result in failure of justice.".

Some illustrative cases where transfer power was exercised:

Transfer Petition has become a recurring recourse in times pervaded by political scandals, turncoats, revelations and whistle-blowers. The trend that clearly emerges from a survey of the decided cases is, that the sole factor that weighs with the Court in granting/ declining prayer for transfer seems to be whether trial at the place from where transfer is sought, shall lead to a miscarriage of justice. Here mere apprehension is not enough. It has to be real and substantial. Occasionally, the apprehensions are misplaced, unreasonable and a shot at 'forum shopping'. Any remote connection with a political party, past association with a counsel, appearances made by a Judge while practicing as an advocate, appearing in some event or seminar catapults one to apply for transfer. The Supreme Court has, on numerous occasions, repelled this tendency and rebuffed such attempts. The Court also takes into account the conduct, position and status of the petitioner. In the recent case of Parambir Singh, where the Court turned down the prayer for transfer, the profile of the petitioner- Parambir Singh seems to have tilted the balance against him; he having been with the Maharashtra police force for over thirty years. The Court has, on the whole, adopted a very salutary approach. No guidelines really can be laid down; it all depends upon the facts and circumstances of the individual case before the Court. This is how it should be!