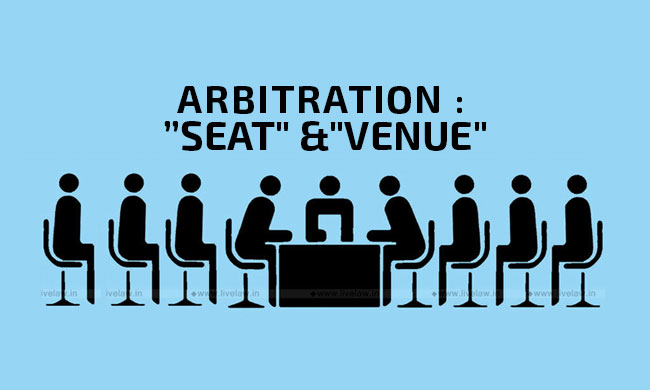 It is not very uncommon to come across conflicting "place of arbitration" and "exclusive jurisdiction" clauses. One may find that the parties expressly designate the place/ seat of arbitration to be at 'X' but also provide for separately an exclusive jurisdiction on civil courts at place 'Y' to decide disputes arising out of the contract. Sometimes, such conflicting clauses...

Sometimes, such conflicting clauses are found separately in related contracts. In Chloro Controls India (P) Ltd. v. Severn Trent Water Purification Inc.[1], the mother agreement is a Share Holder's Agreement which contained an arbitration agreement, whereas one of the related contracts, which is an International Distributor Agreement contained only an exclusive jurisdiction clause. The Supreme Court held that where the parties to composite transactions provide for different alternative forums, including arbitration, it has to be taken that real intention of the parties was to give effect to the purpose of agreement and refer the entire subject-matter to arbitration and not to frustrate the remedy in law.

One may, however, not very infrequently, come across such conflicting clauses separately kept in the arbitration agreement and in the main contract or sometimes clubbed in the same arbitration agreement itself or under one head of dispute resolution. This may give rise to the dispute in identifying the Court with supervisory jurisdiction over the arbitration proceedings. Under such circumstances, it becomes then important for the Court to discern the real intention of the parties. Such questions may fall for determination by the Court at any stage of an arbitration.

When such a dispute involves interpretation of the two seemingly conflicting clauses, essentially it gives rise to the question as to whether the two clauses are mutually irreconcilable. Questions may arise as to whether giving meaning to the expression "place/seat of arbitration" as referring to "juridical seat" would render the "jurisdiction clause" redundant and therefore "place" should be read merely as "venue".

To discern the real intent of the parties, the treatment of such conflicting clauses may have to be different depending upon where the two clauses are found. Arbitration agreement is treated itself as separate and independent of the main contract[2] and reconciling the two conflicting clauses when they are found in the same arbitration agreement, is not the same thing, as when they are not so found together.

The jurisdiction clause may operate in certain other situations. Under s.7(1) of the Act, 1996, parties may want reference of 'certain' disputes and not 'all' disputes to arbitration. Similarly, there may be non-arbitrable disputes like "serious allegations of fraud"[5] or types of those contemplated under s.34 (2) (b).

In the case before the High Court of Justice, Queen's Bench Division, Commercial Court (England) in Sul América Cia Nacional de Seguros SA and Anr v Enesa Engenharia SA and Ors[6], there was a dispute resolution clause which provided that the policy was governed by the law of Brazil and that all disputes were to be subject to the exclusive jurisdiction of the Brazilian courts (Clause 7). The policy also provided that the parties would seek to have any disputes resolved amicably by mediation (Clause 11) and that if mediation failed then any disputes as to the amount payable under the policy were to be resolved by arbitration with its seat in England (Clause 12). A dispute arose as to alleged change of risk under the policy. The parties were unable to agree on a mediation procedure, and the defendant commenced judicial proceedings in Brazil. The claimant sought an anti-suit injunction to prevent the defendant from bringing judicial proceedings in Brazil in reliance on an exclusive jurisdiction clause in favour of Brazil, on the ground that the parties had agreed to resolve disputes to arbitration in London. J. Cooke who delivered the Court's opinion noticed that the issue in this case depends upon the weight to be given to the provision in Condition 12 of the insurance policy that "the seat of the arbitration shall be London, England". It was observed that this necessarily carried with it the English Court's supervisory jurisdiction over the arbitration process. In paragraphs [47] – [51] of his judgment J. Cooke considered how the exclusive jurisdiction provision in condition 7 could be reconciled with the mediation and arbitration provisions in conditions 11 and 12. Having considered various authorities, including, in particular, ACE Capital Ltd v CMS Energy Corporation [7], he expressed his conclusion as follows:

"49. In the present case, on the construction that I have held, all disputes or differences can be and must be referred to arbitration under the terms of Condition 12, but if that is so, what is left of the exclusive jurisdiction of the courts of Brazil under Condition 7? The answer is very little in practice - much the same as found by Christopher Clarke J in paragraph 82 of the ACE decision. It enables the parties to found jurisdiction in a court in Brazil to declare the arbitrable nature of the dispute, to compel arbitration, to declare the validity of the award, to enforce the award, or to confirm the jurisdiction of the Brazilian courts on the merits in the event that the parties agree to dispense with arbitration. It specifically operates to prevent the parties proceeding in another court on the merits. Use of the Condition 7 rights for these purposes does not detract from the arbitration clause but gives them meaning. Furthermore, enforcement in Brazil against Brazilian parties is self-evidently a realistic possibility."

Where the two clauses are found in the Arbitration Agreement

The expressions "place" and "seat" are used interchangeably[9]. When only the term "place‟ is stated or mentioned and no other condition is postulated, it is equivalent to "seat" and that finalises the facet of jurisdiction[10].

When therefore, the two conflicting clauses are found in the Arbitration Agreement, the arbitration agreement has to be read in a holistic manner and all relevant circumstances taken into account to determine the jurisdiction of the Court. The expression 'Place/Seat of jurisdiction' will get meaning from other clauses in the arbitration agreement and therefore, would not ipso facto lead to a conclusion that 'Place/Seat of arbitration' refers to 'juridical seat'.

In Braes of Doune v Alfred McAlpine[11] the arbitration clause stated that the seat of any arbitration was "Glasgow, Scotland", but also specified the English Arbitration Act 1996 as the applicable procedural law. The Court held that although Scotland had been selected as the location of any hearing, England was the juridical seat of the arbitration and English procedural law therefore applied. It followed that the English Court had jurisdiction to entertain an application for leave to appeal brought pursuant to the Arbitration Act.

The Supreme Court in Mankastu Impex Private Ltd (Supra), was facing with a similar dilemma albeit that the arbitration agreement containing the 'place of arbitration' and the exclusive jurisdiction clause were both under one 'head' i.e the "Governing law and Dispute Resolution" in clause 17[12]. Clause 17.1 provided that Courts in New Delhi shall have the jurisdiction but also provided in clause 17.2 that disputes shall be referred to and finally resolved by arbitration administered in Hong Kong. Further, it was expressly provided in clause 17.2 that "the place of arbitration" shall be Hong Kong. Clause 17.3 provided a party may seek provisional, injunctive, or equitable remedies, including but not limited to preliminary injunctive relief, from a court having jurisdiction, before, during or after the pendency of any arbitration proceeding.

The Court held that the agreement between the parties choosing "Hong Kong" as the place of arbitration by itself will not lead to the conclusion that parties have chosen Hong Kong as the seat of arbitration. The words, "the place of arbitration" shall be "Hong Kong", have to be read along with clause 17.2. Clause 17.2 provides that "....any dispute, controversy, difference arising out of or relating to the MoU "shall be referred to and finally resolved by arbitration administered in Hong Kong.....". The Court than concluded that a plain reading of the arbitration agreement, it is clear that the reference to Hong Kong as "place of arbitration" is not a simple reference as the "venue" for the arbitral proceedings; but a reference to Hong Kong is for final resolution by arbitration administered in Hong Kong. The Court, however, also held that the words in clause 17.1 do not suggest that the seat of arbitration is in New Delhi. The Court reasons that in order to enable the parties to avail the interim relief under s.9 of the Act, 1996, clause 17.3 appears to have been added. It can be seen that the Court attempted to discern the real intent of the parties from the combination of the clauses under the dispute resolution and arrived at a conclusion that while both clauses can operate parallelly, the jurisdiction clause 17.1 operates in a limited way with clause 17.3 to aid the arbitration process of a foreign seated arbitration by granting interim relief under s.9 of the Act,1996.

Even though the Court does not discuss on whether the parties intended to treat the entire "Governing law and Dispute Resolution" in clause 17 to be an arbitration agreement or merely providing for alternate forums for dispute resolution, however, it does appear that the Court treated the entire clause 17 to be one arbitration agreement and gave effect to the two clauses for the aid and supervision of arbitration proceedings.

Para 21 of Mankastu Impex Private Ltd (Supra) where the Court opines that "It has also been established that mere expression "place of arbitration" cannot be the basis to determine the intention of the parties that they have intended that place as the "seat" of arbitration" should be read in the factual context of the judgment and not laying down a general proposition of law to hold that even if there are no contrary indicia or conditions in the arbitration agreement, the expression "place of arbitration" must require something else is added to it as a concomitant to make it a "juridical seat". The lack of clarity in the judgment may create some confusion in the mind of the readers.

In fact, in BGS SGS Soma JV vs NHPC Ltd. [13] the Hon'ble Supreme Court has held that wherever there is an express designation of a "venue", and no designation of any alternative place as the "seat", combined with a supranational body of rules governing the arbitration, and no other significant contrary indicia, the inexorable conclusion is that the stated venue is actually the juridical seat of the arbitral proceeding. In BGS SGS Soma (supra), the Court found that the opinion of the coordinate bench in Hardy's Case that a "venue" can become a seat if something else is added to it as a concomitant to be against the judgment of J. Cooke in Roger Shashoua v. Mukesh Sharma[14], which was approved by the 5-Judge Bench in BALCO's Case[15] and as stated in Roger Shashoua v. Mukesh Sharma[16]. Given the fact even a "venue" is to be treated as juridical seat in the above circumstance, there cannot be any doubt that the expression "place", which is held to be interchangeable with "seat" in BALCO's Case, must be shown the same respect, if not anything higher.

Views Are Personal Only.
(The Author is Advocate on Record At Supreme Court of India)