Supreme Court Of India Has No Sign Language Interpreters! 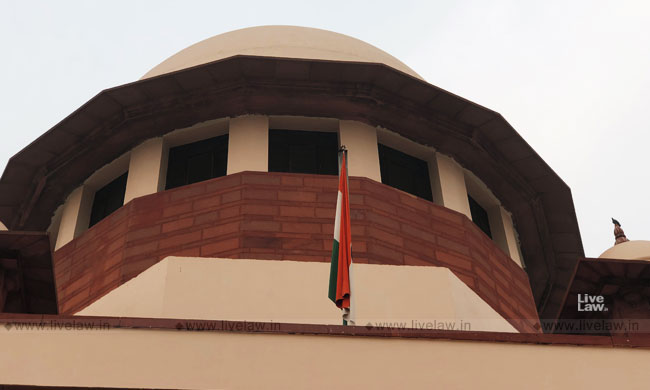 An online demonstration of the Supreme Court e-filing module was held and webcast on Friday, May 15/2020 which was attended by CJI SA Bobde and the Chairperson of the Supreme Court e-Committee, Justice DY Chandrachud. In this session the Hon'ble CJI SA Bobde gave his Presidential remarks, and Hon'ble Justice DY Chandrachud delivered an address encompassing the background and purpose...

In this session the Hon'ble CJI SA Bobde gave his Presidential remarks, and Hon'ble Justice DY Chandrachud delivered an address encompassing the background and purpose of the live demonstration.

Unfortunately, the entire process was not accessible for deaf population of India at that moment. There was no sign language interpreter available at the time when the entire show was being telecast on YouTube. Moreover, there was no close captioning of the show so that it could become accessible for the people of deaf community.

(Even that would be surprisingly low, considering that 3.5 percent of Americans and 5 percent of the world's population experience hearing loss.)

The Rights of person with disabilities Act 2016(RPWD Act) gives protection to persons with hearing impairment and persons with other disabilities. Section 2(f) of the RPWD Act 2016 defines the term communication:-

In April 20, 2016, U.S. Chief Justice John Roberts used sign language from the Supreme Court bench as he welcomed a dozen deaf and hard of hearing lawyers who took part in a ceremony authorizing them to argue cases before the court.

A report was published by Washington Times on April 20th 2016, highlighting the fact that, Chief Justice John G. Roberts Jr. made a sweeping motion with his hands which translated in American Sign Language to: "Your motion is granted."

Roberts learned to sign the phrase just for that occasion. That moving and most inclusive gesture alone made the admittance of 12 deaf and hard of hearing lawyers to the highest court of land a historic moment. All were members of the Deaf and Hard of Hearing Bar Association and were from various parts of the country.

The deaf population is very active in making legal interventions and in raising their voices not only for themselves but also for others, for public at large, very recently an organization 'Assam Association of the Deaf' moved to the Supreme Court against the Citizenship Amendment Act. Therefore, this 1 percent population is not only sensitive towards its own rights but has shown the role it wants to play by participating and filing petition for the protection of rights of public at large.

In fact, a Public Interest Litigation was filed in the Delhi High Court by a Disability Rights Activist in the month of September 2018, which the Court agreed to hear. If and once recognized as an Official language of the country, there will be even greater impetus on making our Courts of law more inclusive by having sign language interpreters in their premises. It will not only aid the process of providing greater employment opportunities to persons with disabilities but also ensure that deaf lawyers, litigants, and judges are able to perceive Indian Judicial fora as spaces well within their reach.

These are some ways the Supreme Court must make it inclusive and bring itself in line with the RPWD Act 2016.

(Author is Advocate on Record at Supreme Court of India)