The Supreme Court On Mandatory Voice Samples – II: The Rise Of The Executive Court 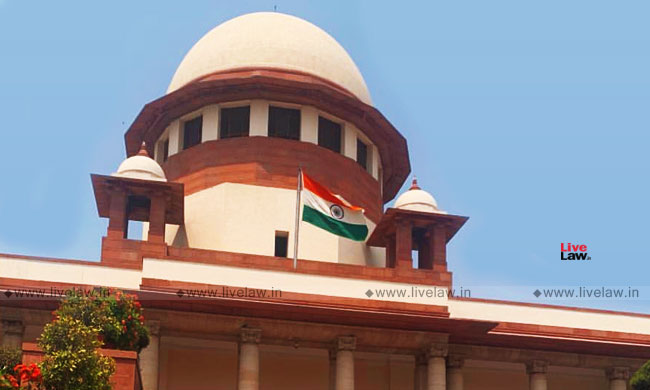 In the previous post, Abhinav Sekhri highlighted some of the flaws with the Supreme Court's judgment on the mandatory taking of voice samples from an accused party. In this post, I want to build upon Sekhri's arguments, and make two further points.To start with, in order to prevent misunderstanding, let us get a few basic points out of the way. The debate before the Court wasn't so much...

In the previous post, Abhinav Sekhri highlighted some of the flaws with the Supreme Court's judgment on the mandatory taking of voice samples from an accused party. In this post, I want to build upon Sekhri's arguments, and make two further points.

To start with, in order to prevent misunderstanding, let us get a few basic points out of the way. The debate before the Court wasn't so much about whether the compelled taking of voice samples would violate the guarantee against self-incrimination under Article 20(3) of the Constitution. The two disagreeing judges who referred the case to this three-judge bench did not disagree on that point, and most of the High Courts did not either. After Kathi Kalu, indeed, it would be difficult (although not impossible) to argue that the taking of voice samples is hit by the Article 20(3) bar.

Nor was the case about whether compelled voice samples violated the fundamental right to privacy. After Puttaswamy, this would be an interesting legal question to analyse, but it was not the question that the Court was called upon to answer. No: what the case was about was whether there existed a statutory basis upon which voice samples could be taken without consent. It was this question that the Court answered in the negative, and then went on to "fill the gap" by using Article 142, and allowing for it anyway.

Why does this matter? It matters because this background is key to understanding just how flawed – and how dangerous – paragraph 24 of the Court's judgment is. Paragraph 24 states:

Would a judicial order compelling a person to give a sample of his voice violate the fundamental right to privacy under Article 20(3) of the Constitution, is the next question. The issue is interesting and debatable but not having been argued before us it will suffice to note that in view of the opinion rendered by this Court in Modern Dental College and Research Centre and others vs. State of Madhya Pradesh and others, Gobind vs. State of Madhya Pradesh and another and the Nine Judge's Bench of this Court in K.S. Puttaswamy and another vs. Union of India and others the fundamental right to privacy cannot be construed as absolute and but must bow down to compelling public interest. We refrain from any further discussion and consider it appropriate not to record any further observation on an issue not specifically raised before us.

There is a lot to unpack in this paragraph. The first thing to note is that this is a rank sleight of hand. The reason why Puttaswamy and privacy was not raised before the Court was that there was no reason for it to be raised! As I mentioned above, the questions before the 2012 Bench – where the two judges disagreed – were two-fold: whether the taking of voice samples was hit by the Article 20(3) bar, and if not, whether it was affirmatively authorised by any provision in the Code of Criminal Procedure. The two judges agreed that 20(3) did not apply, and disagreed on whether statute applied. Now, if the Supreme Court intended to override the absence of statutory authorisation by invoking Article 142, it would have to – necessarily – examine first whether there existed any other statutory or constitutional bar that would prevent it from doing so (because recall that Article 142 cannot be applied contrary to statute or the Constitution). In other words, therefore, in applying Article 142, the Court could not simply dodge the privacy question by saying that it was "not specifically raised before us." That excuse went out of the window the moment Article 142 came in through the back door.

In other words, the Court would have it both ways. Expand the scope of the case, of its own accord, to issues that were never in the frame, and then dodge an examination of those issues by claiming they were never argued.

Consequently, it was not enough for the Court to give us the boilerplate phrase of "privacy is not absolute and must bow down to compelling public interest." Nobody has ever made the claim that privacy is "absolute", and the Court gets no brownie points for tearing down that little straw-man for the umpteenth time.

But there is a deeper problem with paragraph 24, which would preclude the above discussion from even happening in the first place. And that is – as Sekhri pointed out in his post – the established position that the word "law" under Articles 19 and 21 does not include judicial orders. This point has been discussed at some length before, and I summarise it here: our constitutional scheme envisages a two-step process before an infringement of rights can be justified. First, there must exist State-enacted law that, prima facie, is found to infringe a right. And secondly, upon a challenge, a Court must review that law to check whether it is a reasonable restriction upon the fundamental right – and strike it down, if not. The point of this two-step process is to ensure that rights are adequately safeguarded, and that the supreme deliberative and elected body – Parliament – must take the first decision in that regard. For very good reason, therefore, the Constitution does not grant power to the Courts to infringe rights of their own accord.

The implication of this, therefore, is that it was not for the Court to say that privacy was not absolute, and would have to bow down to compelling public interest. That analysis, in the first instance, would be Parliament's to make when deciding whether or not to amend the CrPC – and for the Court to review if Parliament's assessment was challenged. The moment that it was found that the use of Article 142 would prima facie violate privacy – which it undoubtedly does – there was no question of the Court using Article 142 powers. That – as Sekhri pointed out – is the lesson of Kharak Singh and every other case after it, until Rupa Ashok Hurra.

This brings me to my second, broader point. The Supreme Court's judgment reflects perhaps most starkly a phenomenon that we can label as the "Executive Court." What began as the Supreme Court stepping in to fill a vacuum left by an inactive Executive, is now transforming into the Supreme Court becoming indistinguishable from the Executive. Instead of the rule of law, protection of rights, precedent, the separation of powers, and judicial reasoning (all hallmarks of a constitutional court) guiding its decisions, the executive logic of an undefined, larger "public interest" (that only the Court knows), which is to be achieved by tossing aside all other constraints that may stand in the way, has come to dominate important cases (the NRC is perhaps the starkest example of this). So: Parliament has made no provision for the taking of voice samples, and without Parliament's approval, executive agencies cannot act? No problem – the Court will step in and sanctify those actions judicially. This, for obvious reasons, is dangerous in many respects.

In the present case, this is revealed most starkly by the Court's repeated invocation of the mantra, "procedure should be the handmaiden of justice." As Sekhri pointed out in his post, this is yet another sleight of hand: the Court effectively borrowed this phrase from the context of civil litigation – conducted between parties of equal standing – and applied it to criminal litigation, where procedural safeguards are literally all that stand between the individual and the unchecked might of the State. The fact that the Court viewed procedural safeguards as impediments to achieving "true justice" is the clearest statement yet of how indistinguishable it seems to have become from the Executive.

Perhaps the Court should have dug a little deeper into its own history. Had it done so, it would have found another, telling quote: "the history of personal liberty," wrote a certain Justice Hans Raj Khanna, in a certain well-known dissent, "is largely the history of insistence upon procedure."